'Controversy, not artistry': How the media covers Arab art

Media outlets tend to ignore aesthetics while covering art in the Arab world, instead opting to showcase controversial works. Magazine editor Maan Abu Taleb tells DW why it's his mission to change that. 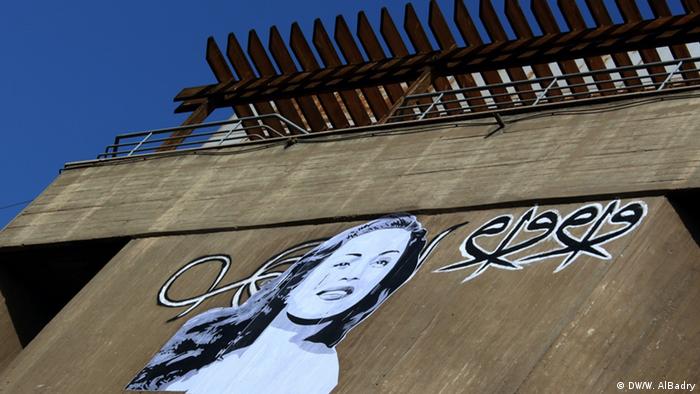 Maan Abu Taleb is the co-founder and editor of the online Arab-language music magazine Ma3azef.com and a radio show with the same name featuring contemporary Arab music. His debut novel "All The Battles" was published in Arabic in February 2016 and the English edition will be published in September.

DW: What does freedom of speech mean to you? 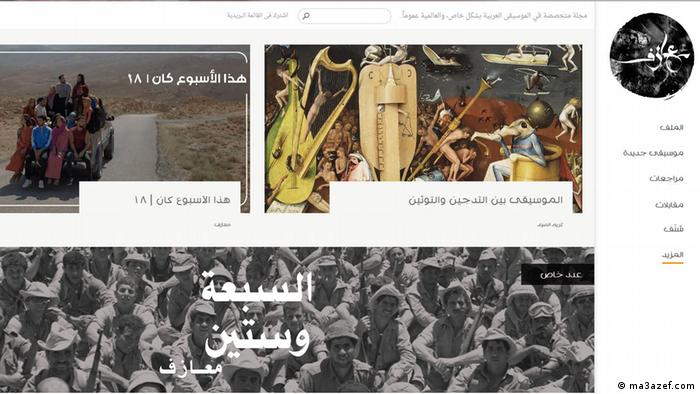 A screenshot of the Arab art magazine ma3azef.com

But there is another aspect to free speech that many do not think about and that is logistics. Some regimes limit access to online tools of communication so we have trouble talking to our writers. We are even having trouble paying our writers because sometimes sending money to them would get them into trouble, like in Egypt. If they cannot be compensated for their hard work, it is difficult for them to write for us.

Is it true that media from outside the Arab-speaking world solely covers art that goes against the government or societal norms?

What's happening now is that whether it is the Arab press or the Western press, all of the focus is on the political side and no attention whatsoever is given to the artistic side of a work. You find that books, novels, music and theater do not get covered for the quality of the art in them but for the topic they are addressing. I think this is a disaster in the realm of arts and aesthetics. My interest in arts and music is purely the artistry. Great art is often not black and white but nuanced and complicated.

For our magazine, I want to say that an album is good because it contributes to this genre: it's interesting, it's engaging, it's pleasing or it's a beautiful work.

On the other side, we are not going to ignore a piece of art because we may disagree with the politics of it. This is what I mean about nuance.

Of course. If you're from our part of the world, then everything is intrinsically political. We are not battling that. We don't want to get rid of that at all. What we do want to emphasize is that you can be political but at the same time you can also do work that is great art. 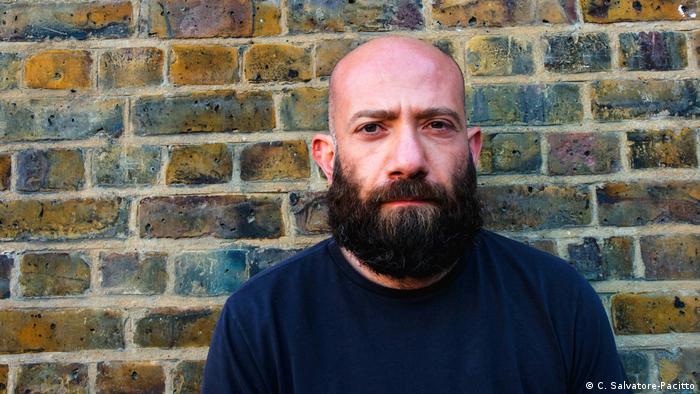 This view of art - that art is OK because it is sensationally political - is a patronizing view of culture that comes from the Arab world. We do not accept that. Subtlety is being lost for easy-to-understand headlines.

That said, the Arab world is a very troubled place right now so artistic thinking does reflect that.

So what type of art is being missed?

What's interesting is what people are doing in different parts of the Arab world, where they are trying to converse with their own surroundings. We are much more interested in local scenes in Cairo, where they are writing music that they know their neighbors, their friends and their community will enjoy.

This is one of the reasons our magazine is only in Arabic. We find that there is a lot of value in having a discussion in the Arab world about the Arab world.

This commentary is a part of DW's Freedom of Speech Project which aims to highlight voices from around the world on the topics of freedom of expression and press freedom. You can also follow the project on Facebook.

In Germany, young Israelis and Bahrainis take steps toward each other 14.07.2022

An unprecedented gathering has brought together youth from Bahrain, Israel and Germany for a cultural exchange week in Berlin. They're pinning hope on the Abraham Accords, which seek to normalize Arab-Israeli relations.