Concerned about lack of protections for digital rights in Europe, a group in Germany has drafted an EU digital rights charter, sparking debate and criticism. #mediadev speaks to one of the charter's authors. 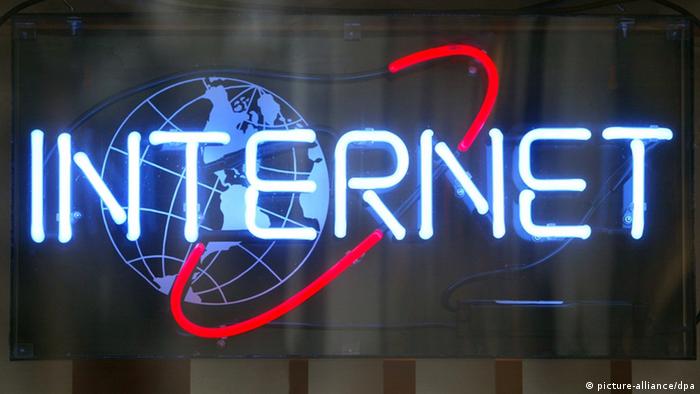 Digital technologies affect how billions of us live, learn, work and communicate. But we pay a high price for the advantages of living in a connected world. As governments monitor private communications and private companies collect and sell our digital data, our fundamental human right to privacy is being eroded. And with the right to privacy underpinning key rights such as freedom of expression and freedom of association, other human rights are also under threat.

Dissatisfied with protections for digital rights in Europe, a group of German experts spent 14 months drafting a "Charter of Digital Fundamental Rights of the European Union".

The group, which includes prominent politicians, journalists and academics, as well as a lawyer and a theologian, among others, launched their digital charter with full-page advertisements in a number of German newspapers at the beginning of December 2016.

Since its publication, the digital charter has attracted a flurry of attention – and some serious criticism. #mediadev spoke with Jeanette Hofmann, one of the charter's 27 authors, who is also a political scientist at the Berlin Social Science Center (WZB).

#mediadev: There have been countless initiatives about and declarations on the Internet and digitalization in the past few years. Why do we need another digital charter?

Jeanette Hofmann: The European Union's Charter of Fundamental Rights was created [in 2000] before it was clear to what degree digitalization would pervade society and endanger the effectiveness of human rights. For example, the issues of artificial intelligence and machine learning or whether individuals have a right to encryption are very important at the moment. Another significant issue is the extent to which we give away our individual data in exchange for digital services. All these issues raise questions not answered by the EU's charter. That's why this initiative was started – as a way of thinking about whether the EU's rights charter should be updated.

I think so. A right to encryption is very important, for example. Some countries have already anchored a right to Internet access or broadband in their constitutions. However, it's also possible to extend existing rights so that their intention is retained.

What do you see as the burning issues of digitalization? 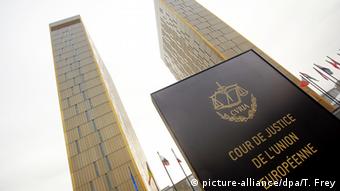 European Court of Justice: Conflict between right to be forgotton and freedom of information

There are two aspects. One is the issue of data protection and within this, the principle of informed consent [when social media networks and webpage providers include the permission to use people's personal data in the 'terms of service', which users often fail to read or understand]. This is the legal basis of dominant business model on the Internet at the moment and it's very problematic. Because from the user's point of view, it's neither an informed process nor an agreement. In many cases, we simply have no alternatives when we choose a social network or a communication service. We have to accept the terms and conditions set before us. Personally, I am very interested in ensuring the next generation doesn't grow up without ever having had any privacy – it's a horrible thought. … We don't want to live in a system where we are defenseless against totalitarianism. Therefore it is essential that our data is protected by principles other than informed consent.

Another issue is whether human rights, which structure the relationship between individual citizens and their governments or the state, need to be extended – whether in the future, fundamental human rights should also be binding on the private sector. This is a very controversial topic and it is one of the main contentions raised in debates on the digital charter. [Article 1 (3) of the digital charter says: "The rights under this Charter shall be enforceable vis-à-vis State agencies and private individuals."] We need to have this discussion. I am open to other solutions but it doesn't hurt to consider how this could be applied in practice.

The way the charter was published was also controversial. In fact, there was a whole flood of criticism. What did you make of this criticism?

I found it very aggressive and even defamatory at times. People made allegations about our motivations, implying, for instance, that we were in it for our own self-aggrandizement. That's rubbish. The charter was also criticized by many legal experts, who suspect we are out to undermine human rights rather than strengthen them because they think we are endorsing censorship.

Here, you are referring to the commotion over the charter's article on freedom of expression, where it states that digital harassment and online bullying should be prevented. 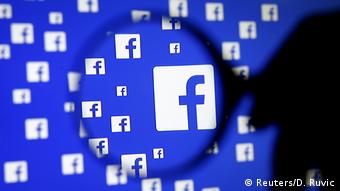 Social networktng sites: "We simply have no alternatives"

As it stands now, the paragraph certainly is problematic and we will rework it. What bothers me is that the critics don't want to see the dilemma we're in. It's not as if online bullying or harassment doesn't exist. The problem is we currently don't have any effective methods of dealing with abuses of freedom of expression. These kinds of dilemma are evident in other issues, too. Take the example of the European right to be forgotten [where individuals have the right to request search engines to remove links to information deemed inaccurate or no longer relevant]. In this case, the right to data protection is in conflict with the right to freedom of information and expression. There are an abundance of these legal clashes at the moment and I wish for some thoughtful public debate about how to deal with these collisions of legal principles.

Do you think any of the criticisms leveled at the digital charter are justified?

To some extent yes. However, I don't believe you can just make a public announcement, 'we want to write a charter and anyone who wants to can have a go'. I truly believe it was important to have a group come together to create a first draft, which has now been put up for public discussion and so I don't accept the accusation that we engaged in back-room politics. But legal experts have criticized us because we wrote the charter in the characteristic style of a legal document and if that doesn't work, then certainly we should take a different approach.

You are very experienced in international issues, for example, you were a driving force behind the Internet Governance Forum [an international forum where local, regional, national and international groups, agencies and government authorities discuss Internet issues]. Therefore, it was quite a surprise that the process of creating the digital charter was very German centered.

It should be a European process and the draft should be distributed within Europe. This year we haven't had time to do this but on no account should we fail to do so in the near future. Essentially, we now have two tasks: firstly, to take the criticism on board and incorporate it into the digital charter; secondly, to collect responses and thoughts from other European countries. We believe this should be a European project but it will take time to achieve.