The German government on Monday refused to confirm or deny a newspaper report that it had stopped all arms exports to Saudi Arabia, in the wake of controversy over the Arab state's ongoing human rights abuses. 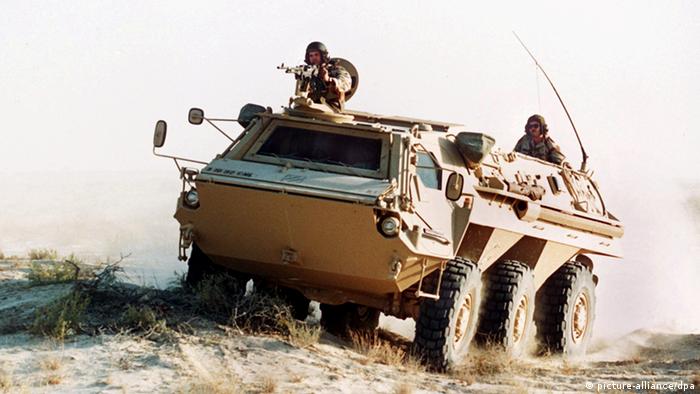 The Bild am Sonntag newspaper reported on Sunday that the German Security Council - a secret committee chaired by Chancellor Angela Merkel that rubberstamps German arms exports - had decided to stop all arms exports to Saudi Arabia for the time being.

But speaking at a regular government press conference on Monday, government spokesman Steffen Seibert refused to confirm or deny the report, on the grounds that the committee's members - which include several key cabinet ministers - are not allowed to discuss its decisions.

Seibert would only say that arms exports are assessed on an "individual basis," and he confirmed that 10 German federal police officers are currently in Saudi Arabia training border police.

Germany, the third biggest arms exporter in the world, has sold weapons including assault rifles and tanks to Saudi Arabia, despite ongoing human rights abuses in the country and suspicion that the oil-rich state helps fund military Islamist movements in the region.

According to the latest official report, in 2013, the Merkel government approved weapons deals with Saudi Arabia worth 360 million euros ($400 million).

Following Sunday's report, which caused a dip in the share prices of some German arms manufacturers, Rheinmetall, one of Germany's biggest weapons makers, was forced to downplay the importance of its contracts with Saudi Arabia, saying that there had been no significant exports to the country from its German plants.

But the spokesman admitted that Rheinmetall's "foreign subsidiaries had received commissions from Saudi Arabia in the past."