One of the first internationally successful female conductors explains how working in Germany can be initially frustrating but very rewarding in the long term - and why so few German women conductors have emerged. 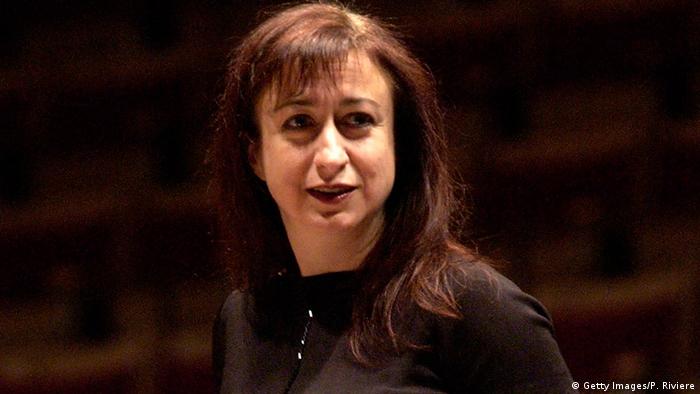 The American Marin Alsop, the Mexican Alondra de la Parra, the Lithuanian Mirga Gražinytė-Tyla and the Estonian Anu Tali have been stirring up excitement in the world of classical music in the past few years. But one of the first to crack the glass ceiling in this male-dominated profession is the Australian Simone Young. She's been professionally active in Germany for over 30 years, including 10 years as General Music Director and Opera Director in Hamburg. For the past year and a half, she's been a freelance conductor, and is in demand worldwide.

Deutsche Welle: DW is soon to start a German-language television program with cultural and arts content. What do you think of that?

Simone Young: I'm surprised it doesn't already exist. If I find myself in a train in England or America for example, and people are speaking German nearby, I can never resist the temptation to get involved in the conversation. Invariably, the internationally mobile Germans have a keen interest in culture.

As a director of an opera house, you may have noticed, like I, that foreign critics are much kinder to new productions than German critics are. What does that say about Germans and their attitude towards the arts?

It has a lot to do with the fact the arts take a very central position in life in Germany, in a way that they don't, for example, in the English speaking world. Here productions are expected to have a political commentary on current situations, or otherwise be socially relevant.

A German critic comes to the performance with the expectation of being challenged, and of finding program notes revealing what was on the mind of the director.

I applaud the idea that the arts should say something about humanity's current situation, that they remain alive and current and relevant, but dislike the kind of intellectual snobbishness that goes with some of this.

Extrapolating on this, and drawing on your experience of working in German speaking lands, what would you say is the essence of being German?

I think it's changing, but something I have always found fascinating about the Germans is that they are very politically conversant. I remember that in Australia, where I was born, you didn't talk about religion or politics in polite company! But when I first came to Germany, I was delighted and at the same time shocked by how readily my contemporaries would get into heavy conversations about politics - or about religion for that matter. I eventually realized that the idea of giving voice to your opinion is something that is very actively developed in Germany. Now, not every opinion is worth listening to. And there still is a sense here that everyone says their piece, and the one who says it loudest gets listened to. But I applaud a society that is as politically aware and as self-critical as this one. 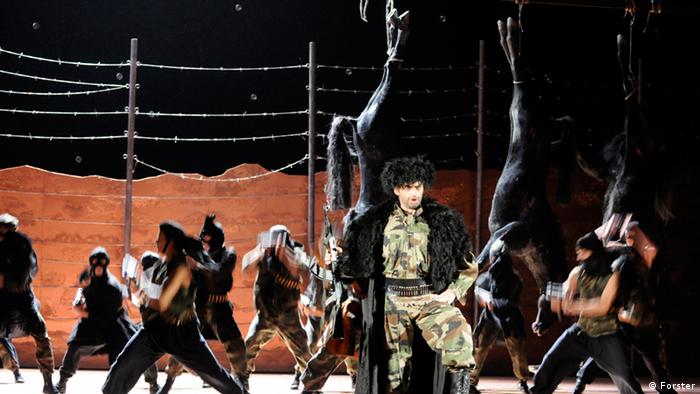 What are the kinds of messages and values that you think should be projected from Germany to the rest of the world? Or is there even a need for that?

I think there is more and more a need for that. Let's put it bluntly: both with Brexit in the UK and Trump in America, I think we're moving into a time when countries are becoming very focused on their own needs and desires in a very selfishly inward-looking way, like: we'll deal with the rest of the world later.

Germany carries with it, of course, the legacy and the guilt of the 20th century, and as such continues to engage with the world outside in a way that acknowledges the debts that contemporary Germany has to the rest of the world.

Of course, I move in liberal circles, in that in the operatic, the symphonic, the arts world in general, you're dealing with a generally high level of education and social awareness. So I am in a little bit of a bubble.

Maybe everybody's in a bubble in this increasingly polarized world. But with your intense connection to this country, do you see yourself in one way or another as a spokesperson or a representative for the German brand or German values?

Actually, there are a number of very fine international Australian artists who really now have a sort of double heritage. While never denying our Australianness, our musical beings have been very much developed and enriched by our experiences in Germany. I'm quite honored to be lumped in with and described as a German conductor, for example, when I go to the States. I'm an Australian conductor, but I have very much a German style, and after all the years here, have a real affinity with the repertoire in Germany. So getting lumped in with German conductors is something I quite like, as it describes the kind of conductors whose work I admire too. 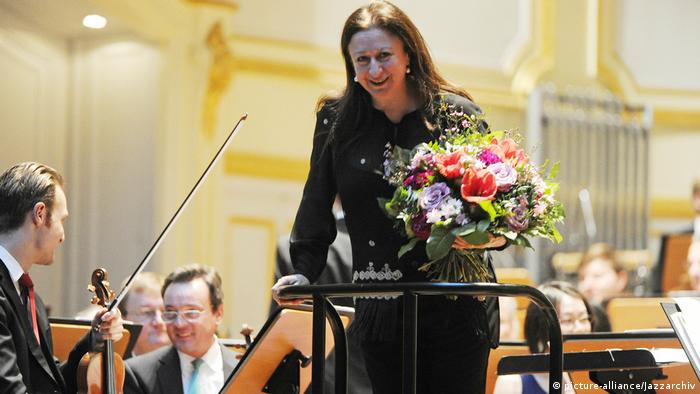 How is work life in your field in Germany different from that in other countries?

The tradition in Germany is highly professional. Everybody is good at what they're hired to do, but they carry no responsibility for the job of anybody else.

I always say: when you come to Germany as an English speaker, the first sentence you learn is: "Es geht nicht" (That cannot be done). And the next one you get is: "Es war ja immer so …" (This is how we've always done it…) And the third one is: "Ich bin aber nicht dafür zuständig." (I'm not responsible for that). If you keep asking the questions, invariably you will end up finding and engaging with somebody who is really interesting, exciting and switched on. But it takes a little persistence.

During your career, in many places you were the first woman to conduct this or that ensemble or to have this or that professional responsibility. A few more notable female conductors have emerged in the meantime. Do you see a general change in attitude, and have you personally experienced an evolution?

As the makeup of symphony orchestras changed to being really fifty-fifty, there was a kind of inevitability that this would one day work through into the echelons of the conductors. Sure: I still see day-to-day ingrained, unthinking, unconscious sexism, but it's the same kind that you come across in any country. It can be as simple as turning up at a theater, asking for the key to the conductor's room and being looked at as though you're an alien. They might ask: "Why do you want the key to the conductor's room?" And you know that the thought in their mind is: "She's a woman." But you have to be pretty small to get too riled up by that sort of thing.

The interesting thing is that there are very few German women coming through the system. My theory on this is that being a foreigner in Germany gives you a license to behave differently than a German woman is expected to behave. And having made the effort to come to Germany to pursue your career - now this gets into very controversial grounds, but: you don't take three years off per child to spend at home with your kids. In my case, if I and my babies were healthy, I was back at work eight weeks later.

Among women in all areas in Germany - the current 25 to 35-year-olds - there's the expectation that they should be able to take 10 years out of their careers and then pick up where they left off.

While that might be possible, and an enrichment in some professions, the world of conducting is still very different. It's late nights, it's weekends, it's traveling. It's not family-friendly. And I think that Australian, American, Russian and British women in this area have very different expectations. I'm not saying that the German women are wrong to expect this. I just don't think society has caught up yet.

Daniel Barenboim, 73, has had an unparalleled musical career both on stage and as founder of a Palestinian-Israeli orchestra for peace. Now he's launched a YouTube channel focused on one main theme: human beings. (16.08.2016)