Conductor Garrett Keast: 'It's a rather ugly moment for America'

Despite growing xenophobic attitudes, the Berlin-based, US-born conductor remains optimistic about the future, and finds hope in the openness of new music. 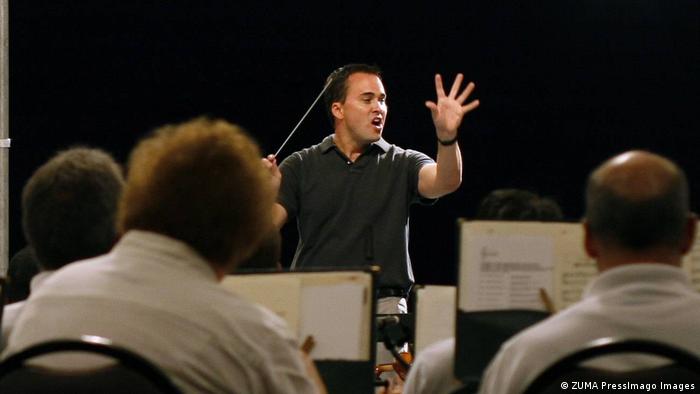 DW: What would you expect the impact of a Biden presidency to be on arts life in the US? Or alternately, a continuation of the Trump presidency?

Garrett Keast: I think about this all the time. As a conductor who wants to work in the US too, you are very dependent on philanthropy there and have to spend much more time cultivating corporate sponsors than is the case in Europe. It's OK doing these things, still, you have to be careful what you say and not to offend anybody. One definitely doesn't want to talk a lot about politics and the arts.

But I do think that a Biden presidency would be stronger for the arts. His careful, smart approach would help the economy.

And with the coronavirus, this is one of my biggest disappointments: I don't see in the Trump presidency a big plan to come to terms with the pandemic. That would hurt the country and slow down the recovery and the comeback of the arts. We need to have our society working on improving the arts. It's a scary time.

Trump has advocated eliminating funding for the National Endowment for the Arts and the Corporation for Public Broadcasting. But that's only a tiny part of arts funding. Do you really see an impact either way the election goes?

My biggest worry when it comes to arts in the United States is the damage of corona — and as a result, orchestras having to scramble to stay alive, even more so than they usually do by not performing for a year or two, or for six months.

I started my career with the New York Opera, was an associate conductor there, and that place just folded up. That can happen now to many other organizations. 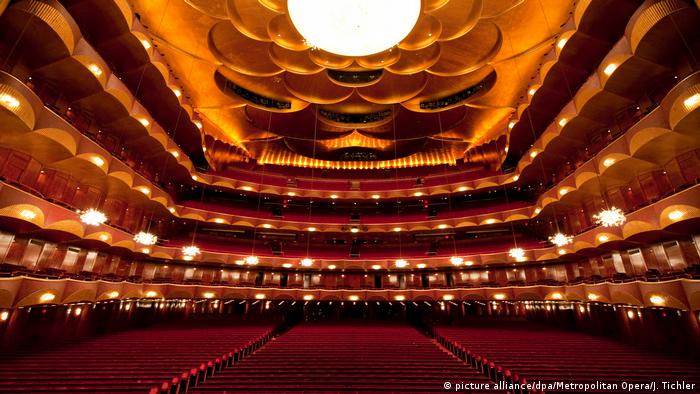 The pandemic is affecting many cultural institutions. Pictured here: the Metropolitan Opera House in New York, closed since mid-March and until September 2021

What is your experience as an American expat in Europe? Are you often called on to explain or account for US policies?

Almost everyone in the cultural sector in Europe, 85 %, are for Democrats generally. They're always shocked, saying, "How could this man Trump be your president? He doesn't sound anything like the way I've thought about America over the years."

Do you understand where Trump's support is coming from?

I think the argument that the media is biased and in favor of the Left has been extremely effective. This anti-media stance constantly propagated by the Right, who say that anything negative about Trump is fake: This argument has held up for them amazingly well. I find that very unfortunate. As an American living in Europe, I think that the "liberal media" — which essentially the free press in the United States — is honest and straightforward in general, and it quite matches the worldwide press.

What about the projection of American culture in the widest sense, from the entertainment industry to the fine arts? Is it still received around the world with a feeling of openness?

I really think it is. One of the things I do most is conduct American music. The focus in that repertory is on openness and new ideas. It's very positive and optimistic in spirit. So I love this aspect of American culture, and that doesn't go away. European audiences are always interested in that. And I think at the moment there are other things to explore than the standards. Things like Anthony Davis' recent opera Central Park Five, which just won the Pulitzer Prize. 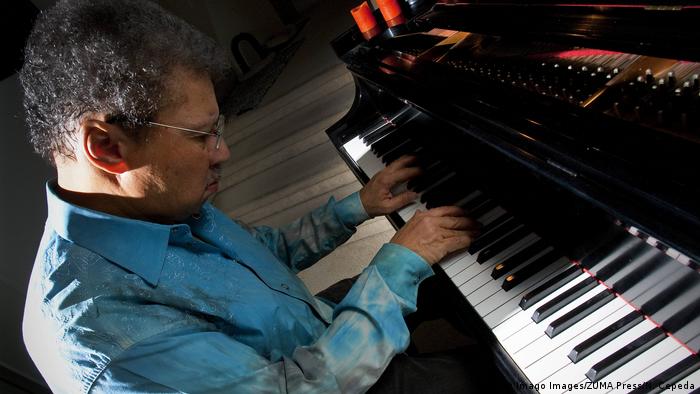 Renowned for his award-winning operas, Anthony Davis has been called 'the dean of African-American opera composers'

Looking back on the past four years: Do you see a positive or negative impact on the arts?

It has given us a chance to focus on other parts of our history, such as the Black Lives Matter movement. I recognize strongly that a lot of Americans really want to examine minority rights, to recognize that slavery only ended a century and a half ago. Issues like this are coming more and more to the forefront.

I do feel optimistic about the future. Some of this nationalism, and these xenophobic attitudes I don't think that will go on forever. It is a rather ugly moment for America. I don't think Trump shows us at our best at all, and I think he brings out a lot of our worst tendencies. But I do remain optimistic about the future for our people and our country. It's a fascinating time.

I'm a very optimistic person, and realistic too. You have to stay cool and calm, and look at the long term, weather the storms, and usually things can work out really well.

Garrett Keast, originally from Houston, Texas, has made his home in Berlin since 2011. After stints at the Paris Opera and the Deutsche Oper Berlin, he is currently active as a freelance conductor Europe-wide.

Black classical composers to listen to

Some are known, some not — but all are worth a re-examination as the artistic contribution of people of color shifts into the spotlight.