Concerns rise in Nigeria for dozens of abducted schoolgirls

The Nigerian state government has said 44 schoolgirls abducted by Islamist militants have escaped, while 85 are still being held hostage. The statement follows conflicting reports over the fate of the girls. 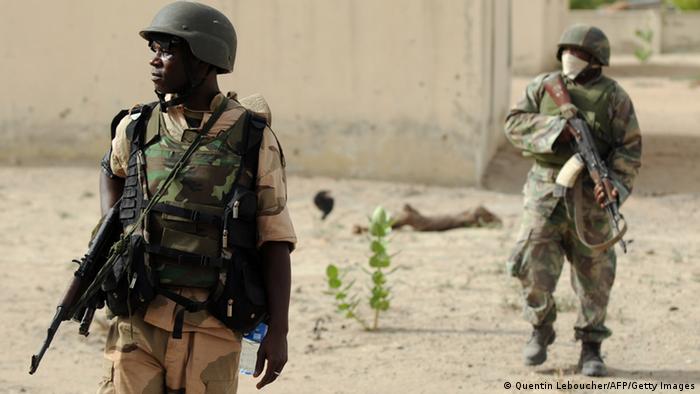 In a statement Borno state education commissioner Inuwa Kubo said 28 girls had managed to escape the captivity of Boko Haram militants following their abduction from a secondary school in the northeastern Borno state on Monday.

He said they were found in the Sambisa Forest, a known hideout of the terrorist network two days later, almost 50 kilometers (30 miles) from their boarding school.

They join 16 students who managed to jump off the back of the truck immediately after the raid.

He confirmed, however, that dozens of girls were still missing.

"We continually pray that all our students return in good health," he added.

The latest figures follow a statement issued by a defense ministry spokesman on Wednesday which claimed that all but eight of the 129 girls, aged 15-18, had been freed by security forces. The claim was retracted a day later.

In the meantime desperate parents and able-bodied men are risking the dangers of the Sambisa Forest to search for their children.

Militants from Boko Haram, whose name means "Western education is forbidden," have attacked numerous schools and killed hundreds of students over the past year.

More recently they have begun kidnapping students who they use as sex slaves, cooks and porters.

However the number of girls involved in this week's mass abduction is unprecedented and highlights the government's inability to contain Boko Haram's five-year insurgency in the northeast of the country.

Monday's raid took place on the same day as a bomb blast in the capital Abuja, also blamed on the militants, which left 75 people dead. It was the first attack on the city in two years.

Twenty others were killed in separate attacks on two villages.

Boko Haram has been blamed for more than 1,500 deaths in Nigeria this year alone. That compares to an estimated 3,600 people killed between 2010 and 2013.

The group believes Western influences are corrupting the country and is seeking to install an Islamic state in northern Nigeria.