Compensation for Doped East German Athletes | Germany| News and in-depth reporting from Berlin and beyond | DW | 13.12.2006

Doped athletes who made former East Germany one of the most powerful nations in sport are to recieve a one-time payment as compensation for any health problems caused by being forced to take performance-enhancing drugs. 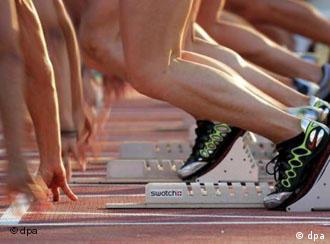 More than 10,000 athletes were affected by east Germany's doping program

The German Olympic Sports Federation (DOSB) said on Wednesday that by the end of February, 167 athletes would receive 9,250 euros ($12,200) each. The money is to be paid by the German government and the DOSB.

DOSB's executive director, Michael Vesper, said there was a "moral responsibility" to compensate the victims of state doping regimes, but declined to name the athletes who would be awarded the payments.

The DOSB is the legal successor to the former East German National Olympic Committee.

The offer was accepted by a representative for the former athletes, many of whom have suffered health problems since ending their careers.

End of court battle for victims

At a meeting to sign the contract in Berlin, a lawyer for the victims, Michael Lehner, said the signature "symbolizes a hand-shake between the two parties.

"It's the end of a long series of court cases, but not the end of the suffering of the victims," Lehner said. 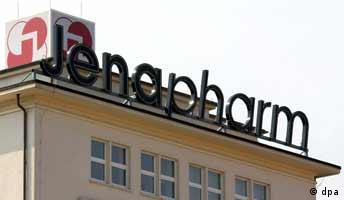 Jenapharm is now a subsidiary of drug giant Schering

Lehner also expressed the hope that the pharmaceutical company, Jenapharm, which manufactured the drugs given to the east German athletes, would participate in the payment. Immediately after news about the DOSB agreement became public, Jenapharm officials said they would swiftly begin talks with representatives of doping victims to find a solution.

The drug often given to athletes was Oral-Turinabol, a steroid that was approved for some illness, but not meant for use on athletes for performance enhancement.

The former athletes have agreed not to seek further damages from the DOSB.

After East Germany and West Germany united in 1990, a committee was set up to investigate the activities of East German scientists. It found that virtually all of East Germany's top athletes were victims of a state-run drugs program. 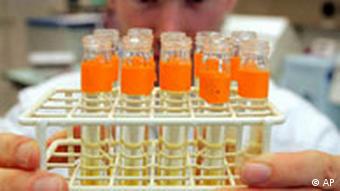 Many of the athletes were given the banned substances at an early age without knowing it -- believing they were vitamin supplements.

Thousands of victims went on to suffer from a series of problems, such as hormonal imbalance and difficulties in reproducing.

Meanwhile, earlier in the week, the DOSB unanimously voted to double their annual subsidy to Germany's anti-doping agency to 520,000 euros.

The measure is one of 10 in an anti-doping plan being implemented following a number of high-profile doping cases including that of German cyclist Jan Ullrich who was barred from competing in this year's Tour de France after being implicated in a doping investigation by Spanish police.

Another measure involves getting former athletes who were part of East Germany's drugs program to warn young athletes of the dangers of doping.

Former swimming champion Karen König says she was unwittingly doped so she would win medals for East Germany. She says the steroids have caused lasting damage and is suing the German Olympic Committee. (01.11.2005)

More than 160 athletes from the former East Germany are demanding compensation for the effects of performance-enhancing drugs they were made to take, often as children. The drugs have scarred or even ruined their lives. (29.06.2005)