Community radio in Georgia: How one woman found her calling in journalism

For Kamilla Mamedova, journalism is a living organism. With her team's perseverance, diligence, and trainings with DW Akademie, their community radio station is flourishing. 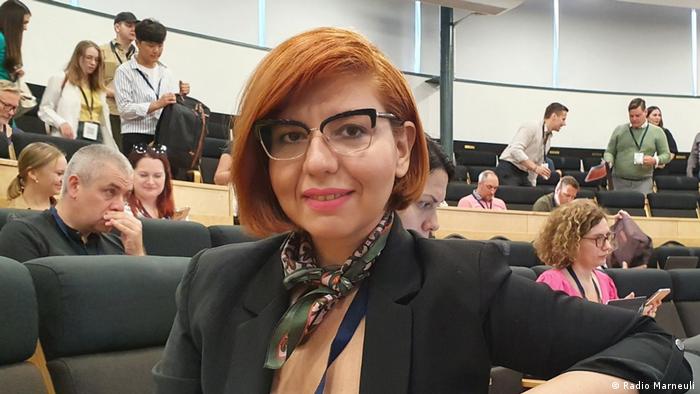 When she was young, Kamilla Mamedova admired journalists for what she saw as glamor and prestige, defined by confident people with microphones who had seemingly easy access to high government officials. Moreover, she was not sure what to think when she was occasionally told that the profession would suit her. She herself thought to study law.

But in 2006, she decided to join a team of media workers to establish a small community radio station in her hometown of Marneuli, in southern Georgia bordering Azerbaijan and Armenia. The idea was to not only reach listeners but to offer solutions and ideas for solving local problems.

Yet after just two years, they still had not received a license to broadcast, and Radio Marneuli was forced to go on hiatus.

"I decided then to go back and study journalism," she said, although not the journalism of her youthful imagination. "I mean, journalism that can change things for the better and that gets people to think."

‘A radio-holic with no other interests'

"I love to listen," Mamedova further explained. "And the thing with radio is that you don’t perceive who you are listening to based on their appearances, but by their voice and what they say, and you can better understand how competent and sincere the person is.”

Equality and diversity, access to education, and women and ethnic minority rights would all become fertile ground for Mamedova, who today describes herself as a "radio-holic with no other interests." 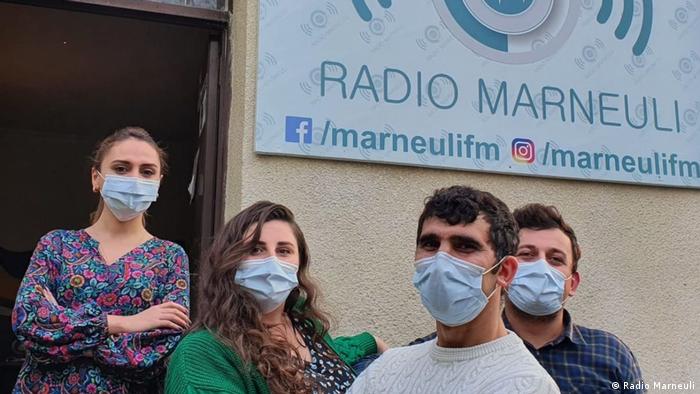 Such dedication to radio journalism has earned her recognition beyond Marneuli. In 2021, she decided to return to her alma mater to develop professionally once again. Her goal was to create dialogues with ethnic minorities in her community.

At the end of her studies last year, she was awarded the top prize for her final project at the Georgian Institute of Public Affairs in its Caucasus Media E-School, a DW Akademie partner.

The school was a great chance to expand Mamedova's skills. According to DW Akademie's Tinatin Dvalishvili, "The school provides modern, highly professional training in both journalism and media management."

A place for intercultural exchange as well as professional development, 35 top and mid-level managers from Georgia, Armenia and Azerbaijan have graduated from the e-school. Mamedova is both Azerbaijani and a Georgian citizen.

As Mamedova puts it, while she had the enthusiasm and interest in journalism, she knew she needed to learn about planning, advertising, strategic and financial management and social media content marketing. On top of this, she said, she appreciated meeting many young professionals like herself. Broadening her social circle also spurred her to expand radio programming into other languages. Reporting in Georgian, Azerbaijani and Armenian can be heard on Community Radio Marneuli.

"This region is diverse," she said. "But in this country, for many years, these cultures were closed and there were a lot of stereotypes about each other. Our journalists come from everywhere in the region."

With an engaged staff, Mamedova can go beyond everyday reporting to examine more complex and occasionally controversial topics, among them early marriages within Georgian society. 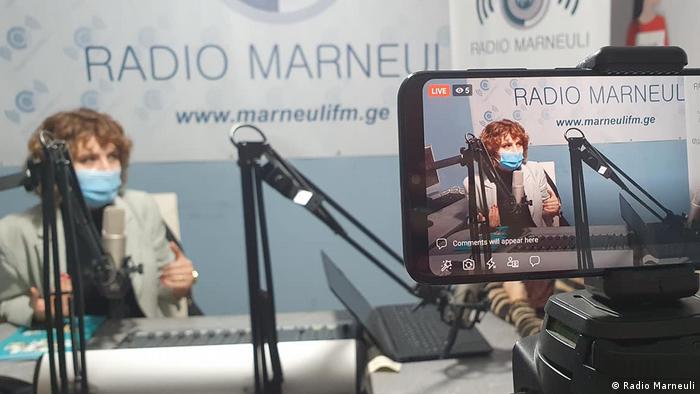 "Some communities say we shouldn’t talk about it," she said. "There’s the risk of stereotypes, whereby some may think that there are only early marriages."

But Mamedova believes that exposing the practice can only help women. Most tips are anonymous and each is verified without identifying the young girl or where she lives.

"We cover this topic so that police understand how important it is," she says, adding that she reports each case to the police and public defender's office, as well as women's rights organizations.

"We don’t always win," she said. "Families sometimes refuse services and assistance. They are afraid of the publicity. But I think more girls in recent years have become better informed."

Mamedova keeps her sights on the larger picture with plans to hire more journalists, despite acknowledging that the pay could be better.

"The fact is, we want to work, to do good journalism," she said. "Our job is to work on stories until there’s a result that protects the interests of the weak. The goal is that the community trusts us and believes that together, we can improve their lives."

The Caucasus Media E-School is a partner of DW Akdemie and is supported by the German Federal Ministry for Economic Cooperation and Development (BMZ).