Coming out of the shadows: can the Vatican bank clean up its act? | Europe | News and current affairs from around the continent | DW | 09.07.2013

Coming out of the shadows: can the Vatican bank clean up its act?

Accusations of international money smuggling, resignations, and financially dark dealings have been rocking the Vatican bank recently, but a new team has been brought in to clean up its act, so can it change? 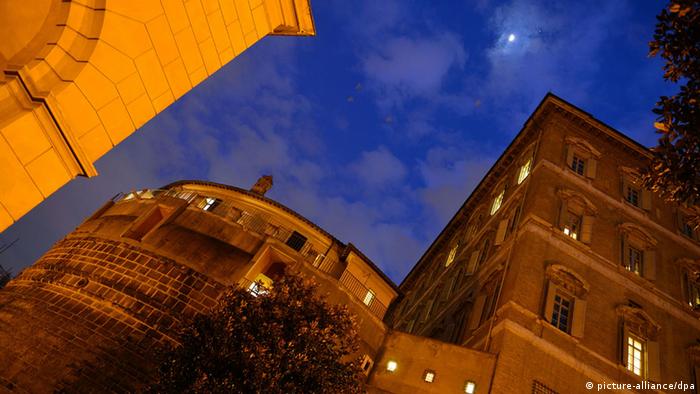 The secret world of the Vatican and its financial affairs have long been the stuff of conjecture, scandal and the kind of story lines you would expect to see on a Sunday night criminal drama. So it was perhaps not all that surprising when last week, the headlines again concerned the Vatican's "chief accountant", Monsignor Nunzio Scarano (Bishop of Salerno), an Italian secret service agent and allegations of attempts to smuggle 20 million Euros in to Italy on a government plane from Switzerland. The Monsignor was denied house arrest at the weekend, and remains in Rome's "Regina Coeli" prison until a decision is made to indict him, or not, for the alleged crime.

In 1982, when "God's banker" aka Roberto Calvi, was found hanging under Blackfriar's bridge in London, his pockets stuffed with money and bricks, his links to the Mafia, and international crime seemed to confirm that the secrecy which has surrounded the Vatican city, the Holy See and most of its dealings was allowing money laundering to go on at the heart of the church; and recent events suggest that these kinds of problems have continued in one of the world's most secret banks.

"To give you a very quick synthesis, what I found was that far from improving after the Marcinkus scandal [Marcinkus was President of the Vatican bank from 1971-1989 and presided over it at the time of the Calvi scandal] and John-Paul II's reforms, things just got worse." Gianluigi Nuzzi told DW; in his 2009 book, "Vaticano S.p.A", the investigative journalist, confirmed that the IOR, the Institute of Religious Works, better known as the Vatican Bank, had indeed seen huge quantities of money pass through its accounts, some of it from the biggest corruption scandals (Enimont being just one of them) and Mafia players that Italy has seen in the post war period. Based on more than 4000 documents from Monsignor Renato Dardozzi, who allowed his papers to be published after his death in 2003, Nuzzi found that huge sums of cash were flowing through IOR's coffers.

The sums he mentions are "310 billions of lire in the old currency, about 270-280 million euros in today's money" passing through what he calls "inexistent accounts" in a kind of "parallel IOR" set up using various people (sometimes nuns and priests names) as fronts. In one section of the book he talks about the accounts to which he found that the recently deceased seven times prime minister, Giulio Andreotti was a direct signatory. And not only that, in the documents, which are available to consult online, the Vatican, protected by Article 11 of the Lateran treaties was able to deliberately "send Milanese magistrates on a wild goose chase" or obscure details of what was going on, supposedly so as "not to put temptations" before the investigating magistrates, but that essentially their business practices were far from clear. 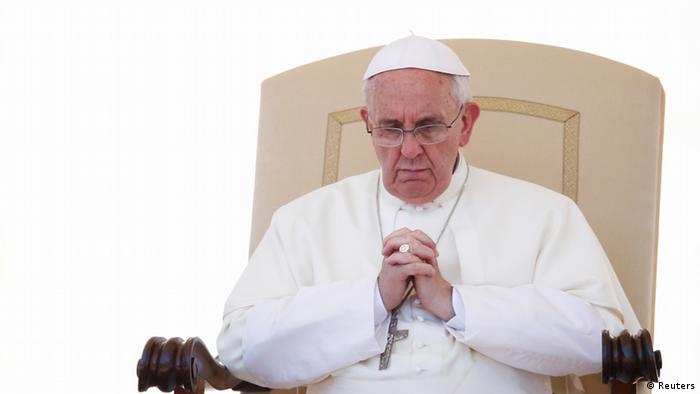 Preaching poverty: Pope Francis has pledged to clean up Vatican structures, including the bank.

'Saint Francis had no need of a bank'

When the new pope took over, Nuzzi joked to Italian radio that "his choice of name was 'quasi-heretic' and that clearly, Saint Francis had no need of a bank," so the direction of the new Pope and his attitude to the most hallowed of financial institutions seemed to suggest that the old ways would soon be gone. The Vatican however is a slow and difficult organization to change. The investigation into Scarano is part of an investigation, conducted by Roman magistrates and the tax police, which started in 2010, details of which are just coming to light now.

Since taking office, Pope Francis has indeed pledged to clean things up in the Vatican, starting with the Curia, and quickly moving on to the Vatican bank. Since 2010, the bank has been investigated not just by Italian officials, but also inspected by MoneyVal, the European Council's committee of experts on the evaluation of anti-money laundering measures and the financing of terrorism.

At the end of June, Pope Francis appointed a new internal investigation committee of five experts, in response to the resignation of two of the IOR's top officials, Director of the Vatican bank Paolo Cipriani and his deputy Massimo Tulli. Their boss, IOR president, who is also relatively new to the Vatican, the German lawyer Ernst von Freyberg has said in statements: "Since 2010 the IOR and its management have been working hard to bring structures and processes in line with international standards for anti-money laundering. While we are grateful for what has been achieved, it is clear today that we need new leadership to increase the pace of this transformation process. Our progress is in no small measure due to the continued support from the governing bodies of the Institute and its personnel.”

'Stepping up the pace'

As Von Freyberg mentions, the IOR has been working to change its structures, but the pace of change needs to be stepped up. In 2012, MoneyVal found the Vatican to be "lacking" on many of the points they require to give a financial institution, or country, a clean bill of health. They still had worries over the effectiveness of the bank's processes and structures in many areas including money laundering and the ability to check for it, or prevent it. It left the bank with forty recommendations to improve its ways.

As the Monsignor languishes in prison, some more positive news was heard from the director of the Vatican's AIF (the Financial Information Authority) René Brülhart, a Swiss lawyer appointed in 2010 to get the Vatican compliant with global financial systems. He did a similar job for Lichtenstein, the country whose national bank he headed up before joining the Vatican. 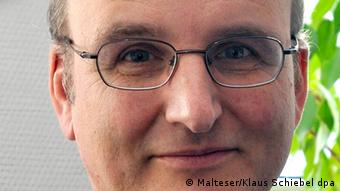 Ernst Von Freyberg: Taking the bank in a new direction

His goal was to get the Vatican accepted as part of the Egmont group, an informal gathering of international financial intelligence units which meet at regular intervals to check that financial transparency is being carried out around the world. It's a group in which he was appointed deputy head in 2010, and at the 21st plenary session in Sun City just last week (05.07.13), he achieved his aim. The Holy See was sworn in as one of eight new members including Algeria, Bangladesh, Bolivia, Burkina Faso, Seychelles, Togo, and Trinidad and Tobago. The Chair of the Egmont Group noted that these new members "will strengthen the global network of information sharing in areas of particular strategic and regional significance."

So is this a sign that the Vatican is gradually gaining acceptance for its process and becoming more transparent in its dealings? Brülhart would presumably say yes.

'Nothing really has changed yet'

But the risk for further money laundering will always be there when huge deposits of cash as "donations" to parishes can be deposited at the Vatican bank. Von Freyberg says that their systems would now trigger an investigation if one priest was regularly depositing large sums of money and they would find out from where this money was coming. But Nuzzi found that in interviews with Massimo Ciancimino (the son of Palermo's former mayor Vito Ciancimino. Massimo turned state witness in various mafia investigations, Vito Ciancimino, was the first politician to be convicted in Italy of Mafia association) the IOR ended up laundering money deposited by Ciancimino Snr. for mafia bosses of bosses such as Toto Riina and Bernardo Provenzano. 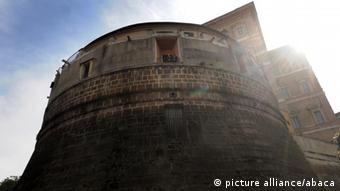 Is the new team bringing the bank out of the shadows?

Whilst Nuzzi might be hopeful for the future, the past, reveals "they instituted systems, with the help of external lawyers, that made sure that the Milanese magistrates [investigating them during Tangentopoli] didn't discover more than they should do. This was a case of manipulating the truth which has been documented in the Vatican's own documents."

Back in the present, Nuzzi believes that "nothing has really changed yet in the Vatican. These are very complicated problems. The question is, whether the people who want to favor their own interests, or the people who want to clean up the bank, will win out. They are definitely trying, and Bergoglio [Pope Francis] is making the effort. Where there is money, there is power, and the Bank is one of the Vatican's powers."

He feels, Cipriani and Tulli are two managers, who evidentially resigned, "because the climate seems to be changing" When asked if they were scapegoats for wider failings he decisively said "no" and indicated that they needed to go for the real clean up process to start. "This is a bank which always guaranteed absolute secrecy" Nuzzi explains, until Scarano's arrest "every request by the secret services or the magistrates to find out more would be met by a wall of silence," to the point where they didn't really try. He explains that while the latest scandals could be read as more of the same, the fact that they are emerging, and heads are rolling shows that something, somewhere, slowly is changing, and for that, he is "hopeful" that real change is "inevitable, otherwise the church risks losing its flock and its future."

There could be a number of explanations for why Ettore Gotti Tedeschi was asked to step down as head of the Vatican bank. The Holy See, however, has remained tight-lipped about the reasons. (26.05.2012)