The former archbishop of Cologne, Joachim Meisner, has died at the age of 83. A charismatic and often controversial figure, he was widely regarded as Germany's leading conservative Catholic. 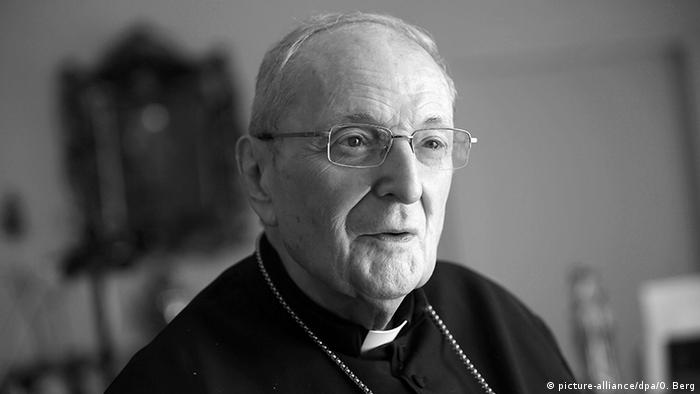 Joachim Meisner died peacefully in his sleep Wednesday while on holiday in the southern German town of Bad Füssing, a spokesman for the Cologne archdiocese said.

Meisner was known for his outspoken and authoritarian style, as well as his strict views on women's priesthood and an abolition of celibacy.

There was never any lack of clear guidance from the city's former archbishop, who saw himself as a guardian of the doctrine of faith, and of social morality. Even shortly before his death, he was rallying against Pope Francis' liberal doctrine on marriage.

The clergyman, who was born in 1933 in the Silesian city of Breslau (now Wroclaw), developed his capacity for resistance in the former East Germany. As a boy, he fled together with his family from what became Poland to Soviet-administered Thuringia. There, after an apprenticeship, he became a priest and then an auxiliary archbishop. In 1980, he was appointed bishop of the divided city of Berlin, where he took on East German leader Erich Honecker and comrades. In 1983, Meisner became cardinal.

Nine months before the fall of the Berlin Wall, in February 1989, Meisner moved from the Spree to the Rhine. In Cologne, his fourth "home," the battle was no longer against an atheism prescribed by the state, but against a consumer-orientated world that appeared to have forgotten God. 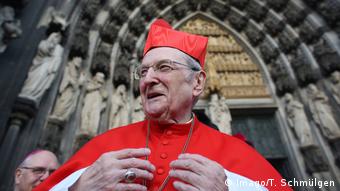 Joachim Meisner in front of the imposing Cologne Cathedral, where he served as archbishop for 25 years

He once referred to himself as "a resistance fighter for God," and was sometimes criticized for his penchant for comparing almost anything he disliked to Adolf Hitler's Nazis. Prominent atheist Richard Dawkins saw people merely as "containers for the all-important genes," Meisner said, rather like Nazis saw them as carriers of a race's genetic qualities. He likened the medication Mifepristone (or RU-486), a first-trimester abortion pill, to the Zyklon B gas used in gas chambers.

In a 2005 sermon, he compared abortion to the Holocaust: "First there was Herod, who killed the children of Bethlehem, then Hitler and Stalin, who exterminated millions of people, and today, in our time, unborn children are being killed in their millions."

While Meisner had his differences with Francis, he saw predecessors Pope John Paul II and Pope Benedict as being on his side.

For the archbishop, talk of an end to celibacy and the ordination of woman priests was unacceptable. So, too, was Francis' Amoris Laetitia (Joy of Love) document, which followed the pontiff's two synods on the family. It dealt with the thorny topic of sacraments for divorced and remarried people.

Meisner, along with three other cardinals, wrote a pointed letter to the pope, asking him to clarify several doubts about the idea that people who had divorced and remarried could be allowed to receive communion. The pope did not respond. The doctrine laid out in Amoris Laetitia did not sit well with Meisner. 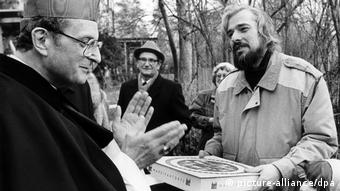 Meisner was not only interested in the politics of the church. Above all, he was driven by his ethical and social principles. By the time age compelled him to retire, after 25 years as head of the archbishopric of Cologne, his name had become inseparable from the issue of abortion.

Matters of life and death

It was on his initiative that, in 1999, Pope John Paul II ended the church's involvement in counseling pregnant women who might be thinking about a termination.Under German law, women are obliged to undergo some form of counseling before they can have an abortion.

The step drove a moral wedge between members of the Catholic faith in Germany.

Meisner was also active when it came to the subject of euthanasia. He argued vehemently against attempts to allow assisted suicide. "A person may die at the hand of others, but not by their own hand," said the cardinal.

For Meisner, religious celebrations such as World Youth Day 2005 in Cologne or the 2013 Eucharistic Congress - with their elements of worship and confession - were held in higher esteem than the German Catholic Congress, where as far as he was concerned, there was "too much discussion and too little praying."

Another example of his conservatism was Meisner's response to Gerhard Richter's stained glass window at Cologne Cathedral - a simple wall of some 11,263 multicolored squares.

The cardinal did not like Richter's window at all. The lack of human figures, he thought, was a nod to Islamic art and more suited to a mosque than Cologne's soaring Gothic edifice.

Morning-after pills for rape victims might be accepted by Catholic bishops in Germany, according to their chairman Robert Zollitsch. The clerics have begun a four-day conference facing hefty pressure to adopt reforms. (18.02.2013)