Column: How I learned to appreciate the value of nothing | Business | Economy and finance news from a German perspective | DW | 26.06.2020

Column: How I learned to appreciate the value of nothing

Behavioral economics suggests people would rather get no money than an insultingly small amount. After a chance encounter involving a heavy sofa, Kate Ferguson agrees.

A few years ago, my husband, brother-in-law and I were on our way to the pub. It was a balmy evening. The last of the summer light was beginning to fade. The air was humid. Our spirits were high. We could practically taste the Weissbier.

We were meters away from the pub when we spotted them. Two middle-aged women loitering outside a house. One giant sofa between them. They were waving us down.

It was one of those sleeper couches that folds into a double bed. A monstrosity. On it was a handwritten sign familiar to anyone who has ever lived in Germany. Zu verschenken - to give away!

Can you lend a helping hand?

For bulky items that are no longer sparking joy, these two words offer an instant solution. Some Berliners furnish their entire apartments with cast-offs of this kind.

"Do you guys have a minute?" asked the first woman. She was smiling very sweetly.

My husband is a gallant man. He said he had several. His brother agreed. We were, after all, only on the way to the pub.

They had fallen for the couch. "I don't have a guest bed, you see," said the second woman. "This would be perfect."

Who has not experienced love at first sight? We agreed to help. "We just live up the road," said the first woman. "It won't take long."

It was a two-person job. In this particular instance and set of circumstances, a two-man job. The two women and I offered moral support and commentary on technique.

"Would you try grabbing the legs from behind maybe?"

"Would it work better if you balanced it on your shoulder?"

"You're doing great! Do take a break, if you need one!"

The brothers' faces hardened in resolve. You never know when in life you will be called upon to serve.

It was a long road. The heat of the day had not yet abated. The street lamps went on. In the glow they cast, I saw my husband's cheeks had reddened. Both brothers were now panting.

"Not too long now," one of the women said sheepishly.

Just how far away is 'up the road'?

'Up the road,' is an inexact metric at the best of times. When lugging a sofa through the heat, it can appear endless.

My husband's arms were quivering. My brother-in-law wore an expression that suggested he had not expected his visit to Berlin to turn out this way.

"How far left?" my husband hissed at me when the women were distracted.

I inquired. "Nearly there," they agreed.

This too, is a relative concept.

Darkness had well and truly fallen by the time we reached the destination.

"Thank you so much!" said the first woman.

"It was nothing," said my husband. 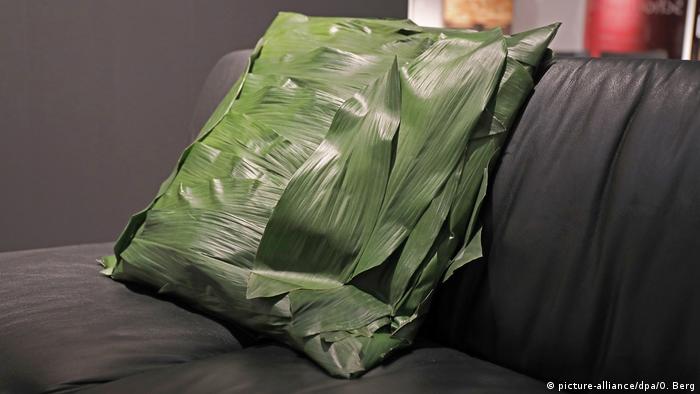 The other woman dug into her pocket.

He put his arms up in horror.

She grabbed his hand, and slipped a note into it. "For the pub!"

"Honestly, there's no need. It was no bother."

My husband put his hand to his heart in gratitude.

After we parted, we counted to ten in our heads before any one of us spoke.

"How heavy was that thing?"

"That took half an hour!"

"My arms are killing me!"

"How much did she give you?" I asked.

I found myself transported back to an experiment I learned about in the behavioral economics module I took in college.

In the ultimatum game, one person gets a sum of money and has to propose how to divide it up with another player. The other player can accept or reject the offer. If they reject, both players leave with nothing.

A hyperrational view of economics predicts that the second player should accept any offer on the basis that even a small amount of money is better than none.

But that's not how humans work. Experiments conducted in several different settings and cultures suggest that offers of under 30% tend to be rejected. People would rather leave empty-handed than with an insultingly small amount.

Yet there was more to our indignation than that. As my husband and his brother exerted themselves, they could bask in the warm feeling that comes with doing a good deed.

When the woman slipped over a fiver, their act was instantly downgraded to a common transaction, inviting comparisons with regular forms of labor and depriving them of any notions they might have had of being knights in shining armor. Giving nothing would have been a far more generous gesture.

"It's not even minimum wage!" my husband said, sinking into his seat at the bar.

"Not even close!" his brother agreed.

"Why don't I get this round?" I suggested.

Germany has one of the most progressive parental leave policies in the world. DW's Kate Ferguson asks why fathers aren't taking more time out.