Colombia: Saber-rattling as ceasefire with ELN comes to an end | Americas | North and South American news impacting on Europe | DW | 08.01.2018

Colombia: Saber-rattling as ceasefire with ELN comes to an end

With a ceasefire set to expire, Colombia's government and ELN guerrillas are pushing for a peace deal. The outcome of talks will have a major impact in the country and could even decide the presidential election. 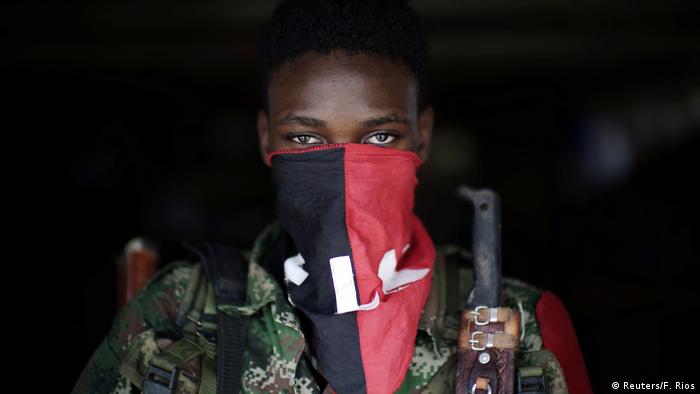 "The talks must not be suspended because the ceasefire is coming to an end. On the contrary, the points on the agreed agenda need to be further elaborated," said Nicolas Rodriguez Bautista, known as Gabino, in a video message to the Colombian people on December 29. Gabino is the top Colombian ELN guerrilla (Ejercito de Liberacion Nacional – the National Liberation Army).

By "talks" he means the peace negotiations between his guerrillas and the government led by President Juan Manuel Santos. Since February 2017, negotiators from both sides have been working on a possible peace agreement in Quito, the capital of neighboring Ecuador, and even though Gabino's words may sound like a commitment to peace, they were not taken unanimously as such. The fact that he called into question the extension of the ceasefire, which expires on Tuesday, was perceived by some as a declaration of war.

Colombia's Minister of Defense, Luis Carlos Villegas, made the government's position clear a few days later: "If there is an extension of the ceasefire with the proposed improvements, we will respect it. If not, the security forces are prepared to face [the ELN] with full force."

Since the disarmament of the much larger FARC (Fuerzas Armadas Revolucionarias de Colombia), the ELN has been regarded as the oldest active guerrilla group in Latin America. Alongside criminal organizations and rogue FARC fighters not abiding by the peace agreement, the ELN is now fighting for control of former FARC areas and the lucrative coca cultivation business. In the first half of 2017, the number of murders in these areas rose by an average of 15 percent, while at the same time coca cultivation areas also grew. 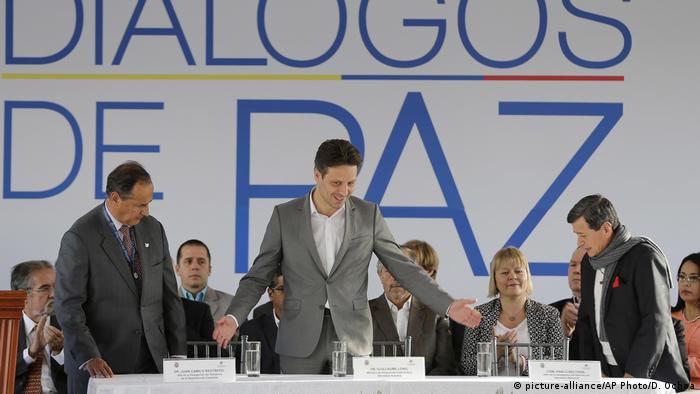 "Despite the temporary ceasefire ... the ELN has expanded its violent attacks in its traditional territories and is expanding into further areas," The Crisis Group, a non-governmental organization that advises governments on security issues, wrote in a report on the state of peace in Colombia. At the end of November, 13 people were killed in a dispute between ELN and renegade FARC fighters.

In the Argentinian news service Infobae, Ivan Briscoe, head of the Crisis Group's Latin America program, explained that this was partly due to an ELN strategy, with which the guerrilla leadership was trying to secure a stronger starting position at the negotiating table before the talks had even begun.

Despite the breaches of the ceasefire agreement, human rights activists, especially from the directly affected areas, have called on both sides to extend the ceasefire. However, critics report that the ELN is using this brief reprieve to recruit and train new fighters. At present, the Ministry of Defense estimates the number of ELN fighters to be around 1,400, while the Crisis Group alleges that it has 1,800 members.

But the fragile ceasefire has not given Colombians much hope for long-term peace. In a survey conducted by polling institute Gallup, at the beginning of December, 69 percent of those surveyed thought that the peace negotiations with the ELN were not proceeding well — 15 percent more than in October. 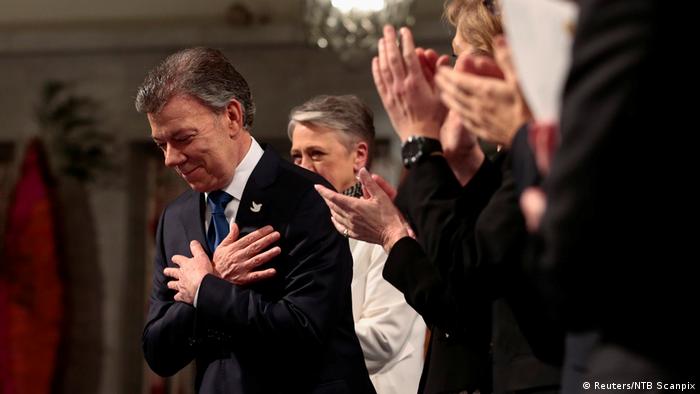 Generally, it seems to be more difficult to reach an agreement with the ELN than it was with FARC — mainly because it is far less tightly organized. Some groups are much more violent than others, writes the Crisis Group. The Gabino group and its chief negotiator, Pablo Beltran, are much more peaceful towards the civilian population than others, even though they are involved in a military conflict with the army.

The entire peace process in Colombia is widely expected to be put to the test by the presidential election in May 2018. President Santos, who was awarded the Nobel Peace Prize for his historic treaty with FARC, is no longer allowed to run after two terms in office. A central campaign theme is the peace treaty — not only because FARC chief Rodrigo Londono Echeverri, known as "Timochenko," is standing for election.

Colombia is divided: Some consider Santos' peace treaty to be an historic opportunity, others consider it an historic mistake. In order to stay in power and consolidate the process of reintegrating the ex-rebels, the current government, which is pro-peace, must drive up the political cost of changing course as much as possible. This means promoting de facto peace among all armed groups in the country as far as possible. With regard to the ELN, this would mean agreeing to a stable ceasefire before the election.