Colombian guerrilla group the ELN and the country's armed forces have begun a ceasefire after five decades of violence. The truce is the result of ongoing peace talks with the government. 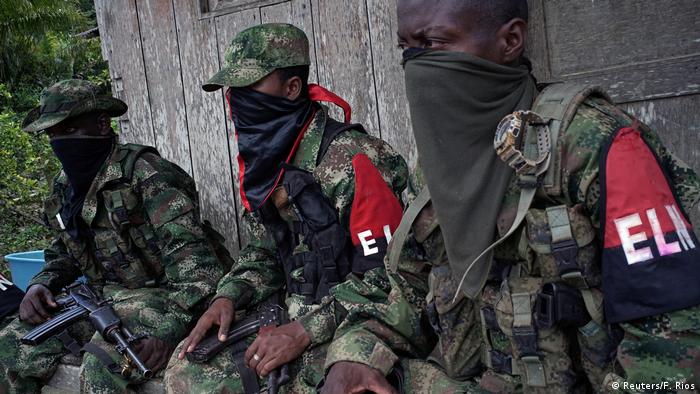 "Starting at this moment, and as our Commander Nicolas Rodriguez said, the ELN will fully implement the bilateral ceasefire," the rebel group wrote on Twitter just after midnight.

The initial truce is expected to last until January 9, 2018, after which it can be renewed. It is the most significant breakthrough to come out of peace talks between the two sides that have been ongoing in Quito, Ecuador, since February.

The leader of the Marxist ELN, Nicolas Rodriguez, on Friday posted a rare video message in which he urged his 1,500 fighters to uphold their end of the bargain and stand down. "I have no doubt of your loyalty and that you will fulfill this commitment to the last consequences," Rodriguez said.

At the same time, Colombia's armed forces were given orders to suspend operations against the guerrillas.

Efforts to end violence have gained momentum since the much larger Revolutionary Armed Forces of Colombia (FARC) reached a historic peace deal with the government of President Juan Manuel Santos last year.

But despite progress in talks with the ELN, the group has continued to take hostages for ransom and has been accused of stepping up its bomb attacks on oil pipelines in the leadup to the truce.

Santos, who on Friday signed a decree ordering troops not to attack ELN rebels, said on Twitter that the agreement would be the first bilateral cease-fire the ELN has signed in the history of its 53-year insurgency.

"Colombians, we must never stop seeking peace. I hope this temporary ceasefire ... can be extended and become the first step to achieving peace with the ELN," Santos said in a national address on Friday.

As part of the deal, agreed in September, the Cuban-inspired rebels have pledged to stop all hostage-taking, the recruitment of minors, the use of landmines and attacks on infrastructure. The government, in turn, has promised to improve conditions for jailed rebels and boost protections for community leaders.

Observers from the United Nations, assisted on the ground by the Roman Catholic Church, will monitor the ceasefire's implementation.

The FARC and ELN formed in 1964 to fight for land rights and safeguard rural communities. Decades of conflict involving the two rebel movements, the Colombian army and right-wing paramilitary groups have left more than 260,000 dead, displaced 6 million people and led to the disappearance of tens of thousands.

The ELN is considered a terrorist group by the United States and the European Union.