The film industry in Africa is blossoming as more original stories emerge from the continent. If the packed theaters in Cologne are any indication, then the African film industry is on the rise. 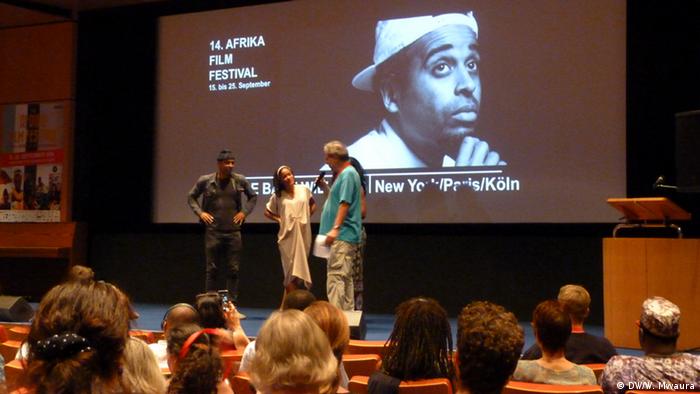 "Nollywood" in Nigeria has revolutionalized African storytelling through film and has inspired other countries to come up with their own industries such as "Riverwood" in Kenya and "Wakaliwood" in Uganda.

On the first night of the Africa Film Festival in Cologne, Germany, people gathered in the foyer of the Museum Ludwig waiting for doors to open. The venue picked for the festival seems symbolic. Museum Ludwig has one of the largest collections of Picasso and other contemporary artworks created after 1900. This blended well with the fact that African cinema is also fairly young. For a long time, Africa has been used as an exotic backdrop for Western films. It wasn't until African countries gained independence that authentic stories started being told.

Now filmmakers like Nasib Farah can tackle themes like extremism detailing the stories of young men who leave Western countries to join Al- Shabab in Somalia. Farah, who is originally from Somalia, now lives in Denmark.

"Most of the people who are going back to Somalia are Somali but there are also Danish people going there," he told DW.

The focus of the 14th edition of the Africa Film Festival is "Sisters in African Cinema." Esther Donkor, who works with the film initiative, told DW that selecting the films for the festival was not easy. "We picked 33 movies out of 90 and we also had so many other suggestions that we now have 83 films chosen for the festival," she said.

Although the film industry in Africa is growing, some participants at the festival wished that films made in Africa by Africans were better received. Judy Kibinge, a Kenyan filmmaker and founder of the East Africa Documentary Fund, was tasked by the organizers to recommend films. She thinks that the growth of African films on the continent could be bigger.

"I think one of the most unfortunate things about filmmaking is that we just have not cracked distribution on our continent [because] it makes additional work," she said. 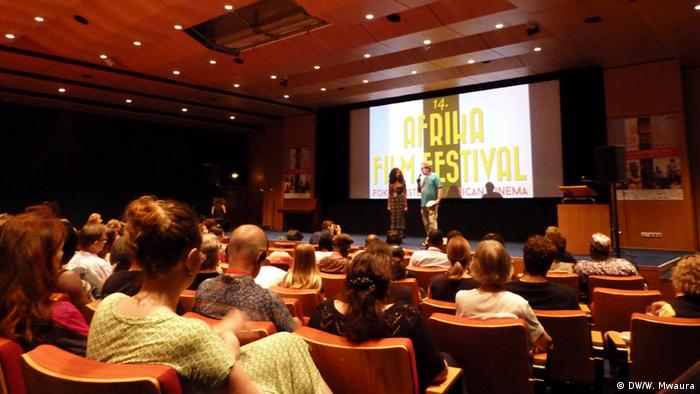 Participants at the Africa Film Festival patiently waiting for the start of the first film in Cologne, Germany

Teddy Goitom, an Ethiopian-Eritrean based in Sweden, said that artists in different African countries are organizing local screenings where documentaries are screened. This creates new trends of film consumption within Africa and nurtures an audience for locally-produced films.

"Many times films are produced in various countries in Africa and people never get a chance to see them they as are always shown in the West," he told DW.

Francoise Ellong from Cameroon believes that the future of film is in Africa. "In the West they are already settled and they are having issues with new and original ideas," she told DW.

Ellong added that African cinema is just starting to grow. "There are so many incredible stories in Africa and if we start putting them into films, I think it will be amazing because we have so many personalities. We need bio-pics, real romance and real comedies," she said.

Highlighting the efforts of female filmmakers at the festival is a step in the right direction. The film initiative promotes stories told by female directors and actors and looks to motivate other African filmmakers to tell their stories.

Mantegaftot Sileshi Siyoum, an Ethiopian filmmaker and DW journalist, said that the focus on female filmmakers will show the capacity of African women to tell their own stories."We'll see more African films by women," he said. 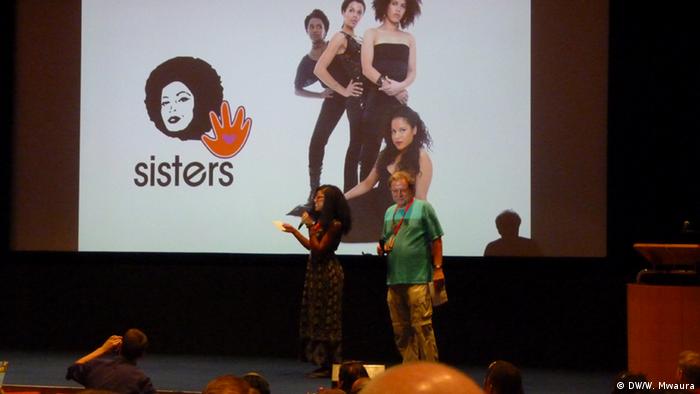 The Sisters band gave an electric performance at the Festival

Initiatives such as the Africa Film Festival in Cologne and the Toronto International Film Festival introduce African films to new audiences. However, it also leaves African filmmakers attending such festivals with a longing to have the same experiences back home.

Judy Kibinge said that such festivals are important because it is hard to watch these films. "I wish these films could not only tour Germany but also the African continent," she said.

Film festivals on the continent are gaining momentum such as the Zanzibar Film Festival in Tanzania. This shows the increasing interest in African stories and could improve distribution, marketing and consumption of African films by Africans.

Plans for new studios in northern Nigeria have hit a snag after conservative clerics convinced the government to shelve the project. Filmmakers are furious, and tough times lie ahead for Africa's Hollywood. (05.08.2016)

It sounds like the dark ages: children being accused of witchcraft. In Nigeria, hundreds are still persecuted and tortured every year for this reason. Adrian Kriesch und Jan-Philipp Scholz met one of the victims. (16.06.2016)

In Zimbabwe, theater is increasingly becoming a post for free expression in a country where free speech is limited. However, every performance is about testing the ruling elite’s tolerance. (06.05.2016)