Cloud rats of the sky islands: 28 new mammal species found in the Philippines | Environment | All topics from climate change to conservation | DW | 19.07.2016

New research reveals that the Philippines may have the greatest concentration of unique mammal species on earth, as scientists introduce a host of furry new characters from its main island of Luzon. 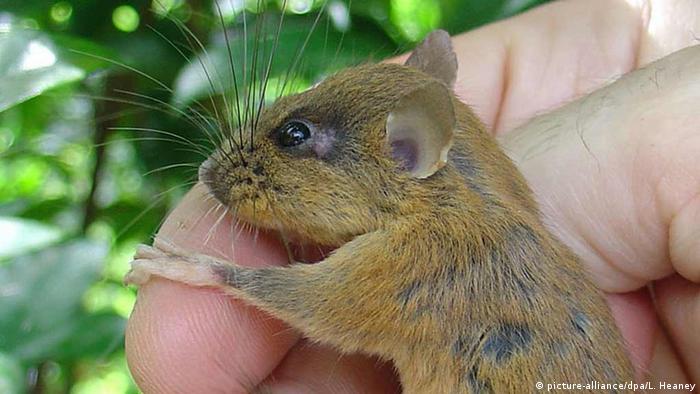 You might never have heard of the cloud rat. With a name spanning the gutter and the stars, this curious creature doesn't look much like the rats most of us are familiar with.

In fact, the cloud rat is not a single creature, rather a whole branch of the tree of life. Comprised of 12 species unique to the Philippines, from the northern Luzon giant cloud rat - weighing in at over 2 kilograms - to the 20-gram "tree mouse," with whiskers so long they all but brush the little beast's ankles.

The latter was one of five new species of cloud rat identified by a team of scientists who have been trapping and cataloguing small mammals on the Philippines' largest island of Luzon for the last 15 years.

Danilo Balete, a biologist with the Field Museum of Natural History in Chicago, says the various species might be mistaken for "rabbits with long furry tails, or tiny pandas." 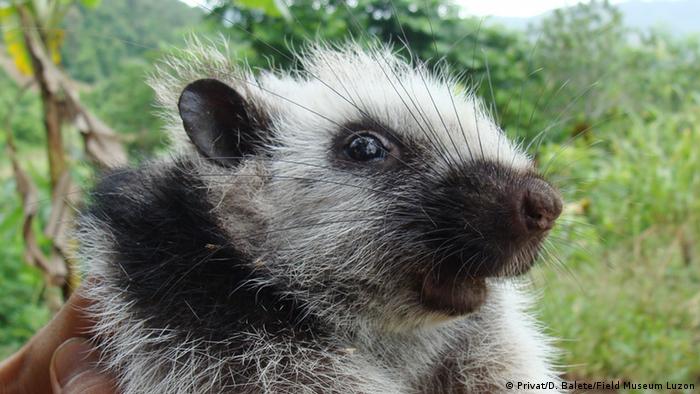 Phloeomys pallidus could be mistaken for a whiskery panda

Balete and his colleagues set out to prove that we know less about island mammals than we think we do. But even they were surprised at just how much biodiversity they found - doubling the number of endemic mammals recorded on the island from 28 to 56.

"We were really surprised not just by the number, but the diversity in form - these are all spectacular animals that are found only on one island in the Philippines," Balete told DW.

As well as the cloud rats, the team identified 23 new species of mice specialized to feed on earthworms. 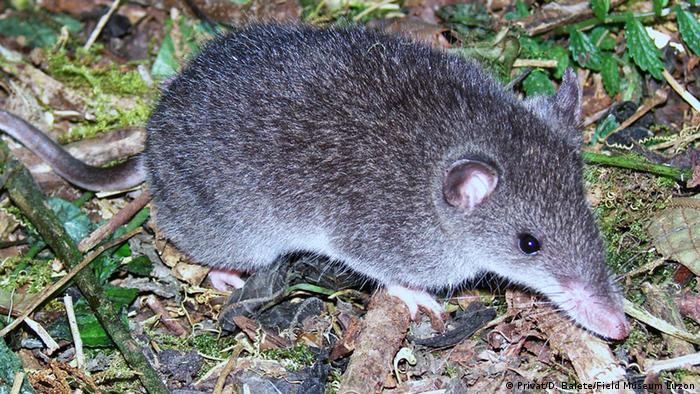 The Philippine earthworm mouse eats only - you guessed it - earthworms

The scientists compare Luzon to a super-charged version of the Galapagos Islands, where Charles Darwin was able to visualize his theory of evolution in species that had developed extremely specialized traits on the isolated islands.

"The number of species on the Galapagos is really very few compared to the Philippines," Balete told DW. "We have this group of mammals that is far more diverse than anything on the Galapagos Islands."

Pockets of rainforest - or "sky islands" - provide the subtly varied habitats in which cloud rats and earthworm mice diverged into different a myriad of different species. 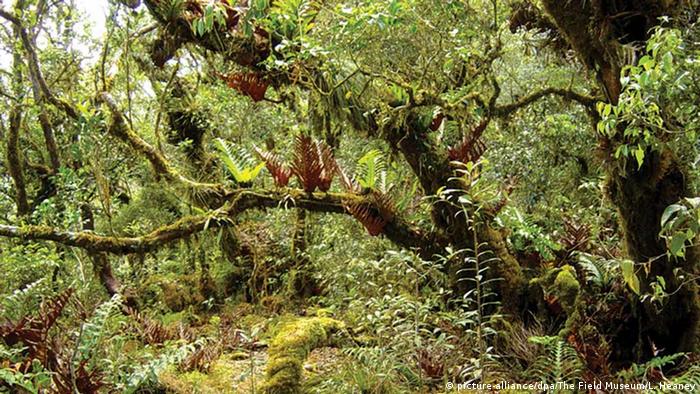 Single mountaintops on Luzon were found to support up to five species found nowhere else on the planet. That's also more than any European country.

The scientists have now published their results, under the title "Doubling diversity: a cautionary tale of previously unsuspected mammalian diversity on a tropical oceanic island."

They caution against assuming that we have close to exhaustive knowledge of the world's biodiversity. 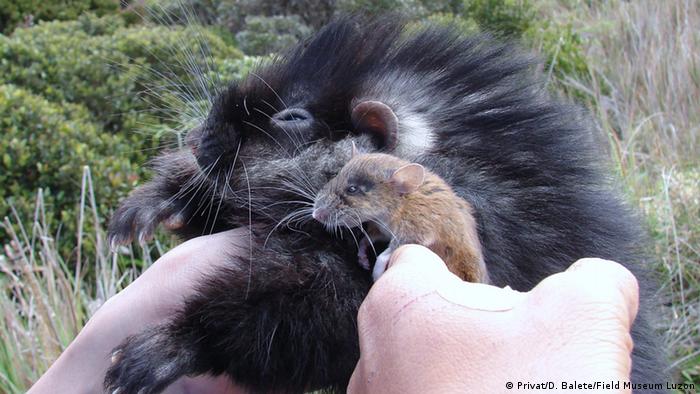 "One of the most important implications of this study is that we really don't know the extent of diversity of mammals anywhere in the world. New discoveries are still being made - even in Africa or Madagascar," Balete said.

It also stands as a warning against wiping out species before we even know they exist. The Philippines is one of the world's mostheavily deforested countries - with just 7 percent of old-growth tropical forest remaining.

As well as its cloud rats and earthworm mice, Luzon is home to 57 species of bat - including the impressive golden-crowned flying fox with a wingspan reaching 1.7 meters - the vanishingly rare Philippine warty pig, and the country's national bird - the Philippine eagle. 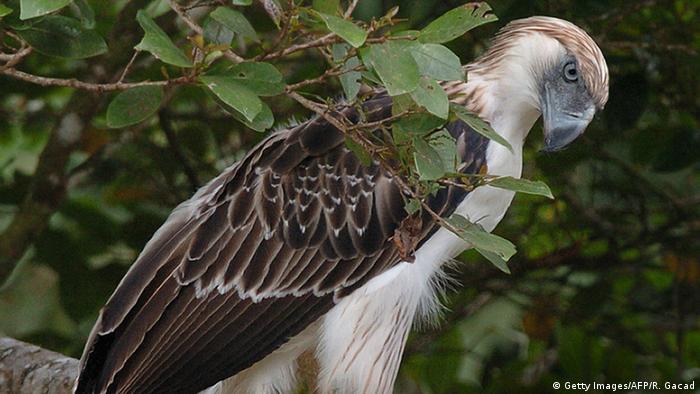 But the Pacific island also has a human population of 50 million, about half of whom live in the Philippine capital of Manila. Human settlements and agriculture are encroaching on the forest. And many of the island's unique species are a target for hunters - with the larger cloud rats regarded as a tasty meal.

Belate says his team's research implies that new protected areas must be established on Luzon.

"The definition and selection of protected areas is based on data that does not accurately reflect the diversity," he said.

"Our study shows there are double the number of areas of endemism than previously thought. That means we have to protect a lot more areas to ensure that this unique diversity continues to thrive." 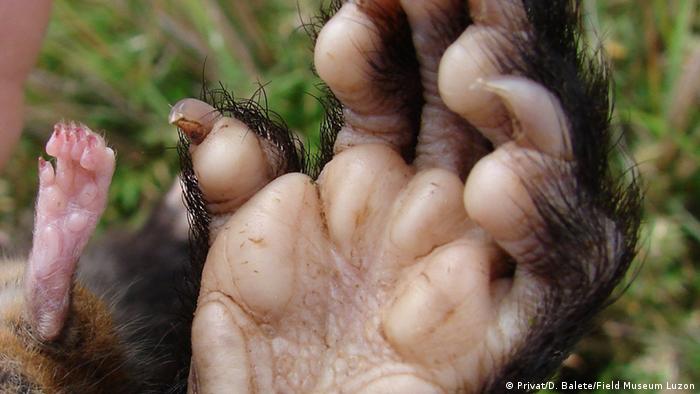 Turtles in the Philippines rescued from the brink of extinction

Conservationists say a mass-scale rescue operation in the Philippines has prevented the extinction of critically endangered turtles. (16.07.2015)

Polar bears and pandas are the poster children for conservation. But not all creatures worth saving are cute and charismatic and that includes the Balkan's fabled 'baby dragon.' (22.03.2016)