′Clock′ incident reflects US suspicion of Islam | World| Breaking news and perspectives from around the globe | DW | 19.09.2015

In Texas, a 14-year-old Muslim student was briefly arrested at his school after he plugged in a ticking box he later described as a clock. Muslim rights activists say this is part of a series of discriminatory events. 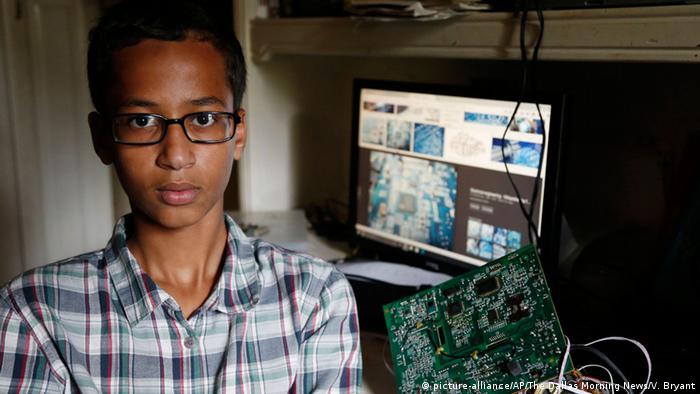 An audience member at a Donald Trump rally in New Hampshire had a serious question for the leading Republican presidential candidate.

"We've got a problem in this country," the middle-aged man said. "It's called Muslims. You know our current president is one. You know he's not even an American. We have training camps growing where they want to kill us...when can we get rid of the them?"

Trump's response: "We're going to be looking at that and a lot of different things."

The man's comment - and Trump's failure to confront it - was only the latest in a string of anti-Islamic incidents that have taken place across the United States in recent days.

A Sikh man was beaten unconscious on his way to a grocery store in a Chicago suburb. "Go back to your country," the teenage assailant yelled, insulting the 53-year-old husband and father two as "Bin Laden" and a "terrorist." The suspected perpetrator has been charged with a hate crime.

A mosque in Louisville, Kentucky was defaced with graffiti. "This is for France," the red spray paint read, "Nazis speak Arabic," "Moslems - leave the Jews Alone." Federal law enforcement is investigating the vandalism as a hate crime. 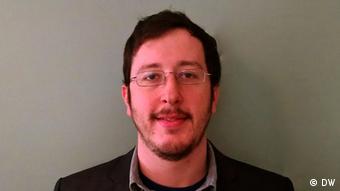 A Muslim high-school student was handcuffed, taken to a juvenile detention center and interrogated by police after he brought what he described as a homemade alarm clock - consisting of a mass-produced circuit board, transformer, wires and a digital display within a small briefcase - to school. His teachers said the device looked like a bomb. The 14-year-old said he was not allowed to call his parents while in police custody, a violation of Texas law on minors' rights, according to website the Daily Beast.

The city council in Sterling Heights, Michigan voted unanimously to deny a permit for the construction of an 18,500-square-meter (20,500-square-foot) mosque. After the mosque was rejected, crowds in the heavily Iraqi Christian city chanted, "God bless America" and "No more mosque."

These incidents all happened within a week of the September 11 anniversary. Yasmine Taeb, who led research into anti-Islamic sentiment for the Center for American Progress, a left-leaning think tank, said suspicion of Islam is alive and well in the United States, even 14 years after the terrorist attacks in New York and Washington.

"There's a clear correlation between what's been advocated and propagated in the media as far as anti-Muslim rhetoric and how that translates to real life impact on Muslim Americans," Taeb said.

Ahmed Rehab, executive director of the Chicago chapter of the Council on American Islamic Relations, said prejudice and discrimination stems from a lack of public awareness. Most Americans have little exposure to mainstream Muslims, and the impressions they receive through the media are almost entirely negative, he said.

"Three random Muslims who conspire to commit an act of terrorism, as far fetched as it may be, will make more headlines than 3,000 mainstream Muslims who have put together a great initiative to feed the poor or clean streets," Rehab said.

Muslims face the lowest public favorability rating of any religious group in America, according to an opinion poll conducted by the Pew Research Center last year. A Huffington Post/YouGov poll found that 55 percent of Americans had a somewhat or very unfavorable view of Islam.

Most Muslims in the US are middle class and mainstream, according to a 2007 Pew survey. The poll said they overwhelmingly condemn violence and have positive views about the communities in which they live.

More than half of all US Muslims say life in America has become more difficult since the September 11 attacks and feel singled out by their government.

According to FBI statistics, hate crimes against Muslim Americans are five times more common today than they were before the 2001 Islamist terror attacks in New York and Washington. Jewish Americans are the only religious community that's targeted more often.

Taeb said these suspicions are spread by a "network" of blogs, think tanks and websites. She said private foundations and wealthy donors invested $57 million (51 million euros) in these groups between 2001 and 2012.

"Overall we think that because there's millions of dollars being funneled into the anti-Muslim organizations and advocates that has a lot to do with what you see transpire in local communities," Taeb said.

These groups range from Christian fundamentalists to Zionists and the political right wing, Rehab said.

"There are bigots and there is Islamophobia," Rehab said. "The stuff they do resonates more because it makes the news, it agitates the senses."

Taeb says she wishes the the Obama administration would do more. There's a special envoy to combat anti-Semitism. A comparable position to stop anti-Islamic prejudice would be helpful, she said.

"We feel as though the administration is not doing as much as they could to try to address some of these concerns that the community has," Taib said.

According to Rehab, it's a question of political profitability. Right now, politicians in the US have little incentive to take a stand in defense of Islam because there's little to gain from doing so.

"We're still in a place where it's almost easy to ignore and not do the right thing when it comes to speaking up against Islamophobia," Rehab said.

US President Barack Obama has invited a 14-year-old Muslim boy from Texas to the White House after he was arrested for bringing a homemade clock to school. Police said it could have been mistaken for an explosive. (17.09.2015)

Tens of thousands of Europeans have taken part in rallies for or against welcoming refugees. The protests show wide differences within the European populace as to how the current refugee influx is viewed. (12.09.2015)