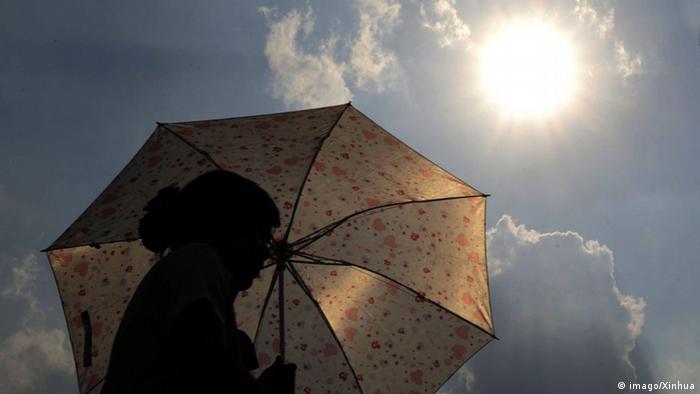 President Obama laid into Republicans who question the science of climate change on Saturday. He told thousands of students at the University of California that the "overwhelming majority" of scientists no longer disputed the data pointing to trends such as ice melt and rising sea levels.

Two weeks ago, Obama's administration launched a plan to cut emissions from fossil fueled US power plants by 30 percent by 2030, down on levels recorded in 2005. The move coincided with more international climate talks in Bonn.

Obama told a crowd of more than 30,000 at a university commencement ceremony that Congress "is full of folks who stubbornly and automatically reject the scientific evidence about climate change."

He drew an analogy to the US bid launched in the 1960s by President John F. Kennedy to reach the moon, saying while some people argued it would not be worth it "nobody ignored the science."

"I don't remember anybody saying the moon wasn't there or that it was made of cheese," Obama said.

"Climate change is no longer a distant threat," Obama said, while using his speech to announce a $1 billion (739 million euro) competitive fund to help communities hit by natural disasters linked to climate change.

"In some parts of the country, weather-related disasters like droughts, fires, storms and floods are going to get harsher and costlier," he told the students.

Obama's Democratic Party is gearing up for this year's congressional election in which climate is emerging as a hot topic. His 2008 election campaign pledge to tackle warming has been stymied at federal level by opposition from lawmakers.

His record on climate is also under fire from some environmentalists who are pressing the Obama administration to block the Keystone XL pipeline, which would bring oil from Canada to the US Gulf Coast.

The actions of the United States -- alongside China, as top emitter of greenhouse gases - are widely seen as benchmarks for the next major UN climate talks due in Paris in late 2015.

Biofuel hype over in EU

European Union energy ministers on Friday decided to limit the EU's use of biofuels made directly from crops such as maize, beetroot and rapeseed as replacements for fossil fuels like oil and coal.

The ministers agreed to cap such "first generation" biofuels to 7 percent of transport sector energy by 2020, down from an original target of 10 percent.

The shortfall is meant to be replaced by biofuels from waste or left-over produce such as straw.

The UN hopes to limit global warming to two degrees Celsius (3.6 degrees Fahrenheit) over pre-Industrial levels, but scientists say current emission trends could hike temperatures to more than twice that level by the end of this century.

Biofuels - the hype is over

Biofuels have been running out of steam despite the sustained backing from politicians. Next year, a greenhouse gas quota is to ensure that biofuels really do save on CO2 emissions. The biofuel industry fears the worst. (05.06.2014)