Climate change in the North Sea: oysters in, cod out | Environment| All topics from climate change to conservation | DW | 21.02.2017

Climate change in the North Sea: oysters in, cod out 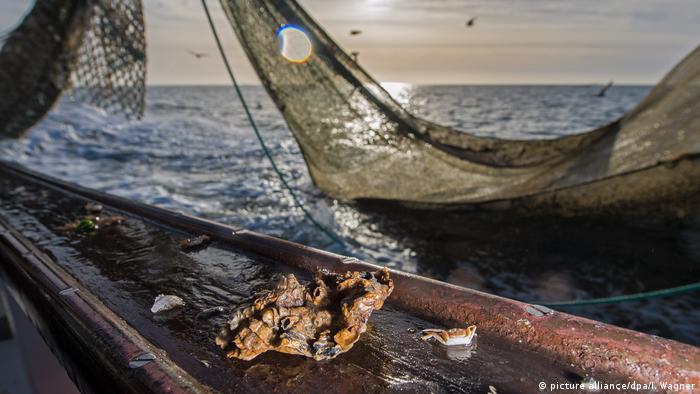 A stiff wind, beach grass waving amongst the sand dunes and black mussels shimmering in the sand: These are features normally associated with the North Sea coast. But here, too, climate change is in evidence - especially under the surface of the water. The North Sea is warming. And this is drawing in a  lot of new species, which previously kept to warmer regions.

One of these species is the Pacific oyster. The North Sea used to be too cold for it. "Today, it practically dominates the whole Wadden Sea," says marine ecologist Christian Buschbaum.

Stationed on the North Sea island of Sylt for the Alfred Wegener Institute, he monitors organisms that live very near the surface of the Wadden Sea. He explains that to reproduce, the Pacific oyster requires a few weeks where sea temperatures consistently reach at least 18 degrees Celsius (64 degrees Fahrenheit).

And for the past few years, the North Sea easily provided those. According to the German agency for maritime shipping and hydrography (BSH), water temperatures in the North Sea reached an average of 11 degrees Celsius in 2016 - the second-highest temperature since 1969. Only 2014 saw a higher temperature, of 11.4 degrees.

As a consequence, former mussel beds are steadily turning into oyster reefs. But the oysters are not pushing out the mussels, Buschbaum told DW: "The mussels hide between the oysters, especially in the lower areas - this offers them more protection against predators," he explains.

Of course some competition for food is to be expected, though this is not overly dramatic for the survival of either species. 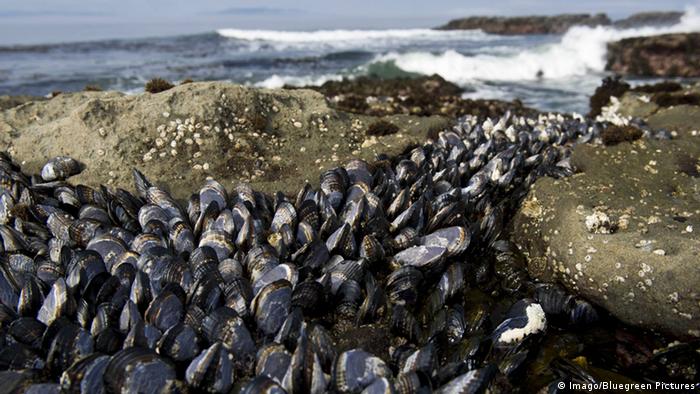 Sardines and anchovies are also increasingly taking to the North Sea. As early as in the 1970s and 1980s, they could be found there sporadically. Since then, the sardine has integrated itself exceedingly well here, and  young anchovy populations are also drawn northward ever more frequently.

"Ecological sleepers" is the term marine ecologist Buschbaum gives to these creatures, because they "wake up" when temperatures rise in the North Sea, causing conditions where they can reproduce better.

"Long frost seasons used to keep populations of many such warmth-loving, invasive species small," he says. But over the course of the last few decades, such periods of intense frost have decreased tremendously. This has improved conditions for some species.

This has now changed, and they are visibly on the increase. "It cannot be ruled out that more 'ecological sleepers' exist," Buschmann told DW. Which these are and when they will reveal themselves depends on how the temperatures in the North Sea develop.

The warmer it gets, the higher the possibility that new species will appear. 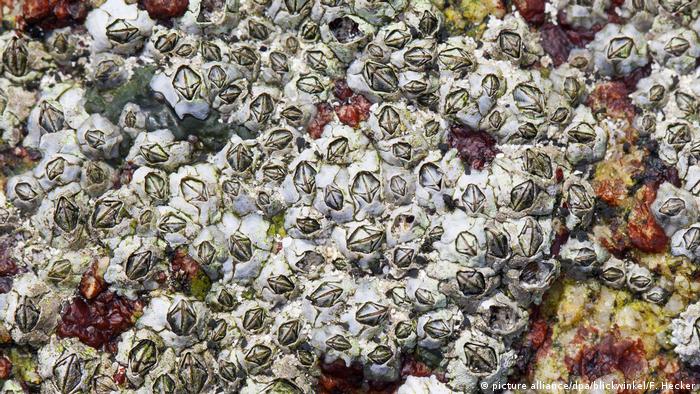 But not every inhabitant of the North Sea is finding the increase in temperature to its liking.

Cod, for example, is feeling pressure from two sides. On the one hand, it is fished excessively; on the other hand, the North Sea is becoming too warm for this fish species, which prefers cold water.

"Cod is definitely being negatively affected by the warming of the North Sea," says scientist Anne Sell. She has been doing research for the Thünen-Institute since 2005, and has repeatedly monitored the North Sea on scientific research vessels for several weeks during summer and winter.

The North Sea is the southern border for the cod range. Increasing ocean temperatures can also have advantages: The Barents Sea, which borders on the Arctic Ocean, is also warming. This means habitat for cod will expand northward. So what will it mean for the North Sea, if temperatures continue to increase and normally resident species have to share their habitat with new ones? "There will be changes in relationships between the species," says Buschmann.

This could, for example, affect predation. Mussels were always high on the menu for birds and crabs. But mussels are now better protected - thanks to the oysters.

Buschmann and other researchers have observed that fewer mussels are being eaten. "The birds and crabs will adapt," says Buschbaum - how is not clear yet.

"You can be sure there will be changes, though."

From the Mariana Trench to the Arctic: plastic pollution is ocean enemy number one

Pollutants in the deepest part of the ocean, increasing litter on the remote Arctic seabed and a sad image showing a turtle entangled in a plastic fishernet. It is high time to tackle marine pollution. (14.02.2017)

Now your next fish burger won't deplete the Arctic