Ariel Castro, who held three women captive in his home for nearly a decade, has reportedly committed suicide. In August he was sentenced to 1,000 years in jail; his case had attracted international media attention. 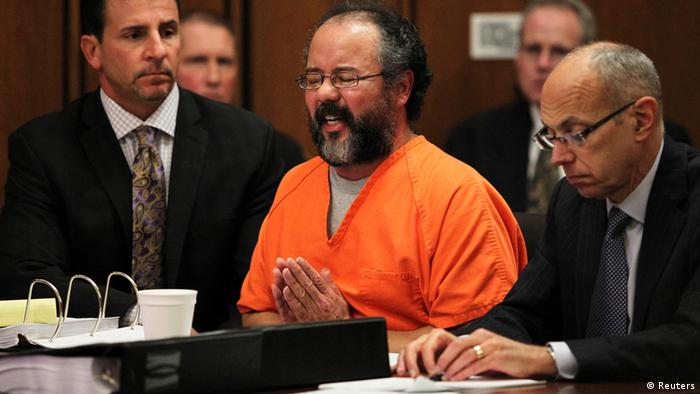 Corrections department spokeswoman JoEllen Smith said 53-year-old Ariel Castro had been found hanging in his cell around 9:20 p.m. local time on Tuesday at the state prison facility in Orient.

Resuscitation efforts by prison medical staff failed and Castro was transported to a hospital, where he was pronounced dead, she said, adding "A thorough review of this incident is underway."

Castro "was housed in protective custody which means he was in a cell by himself and rounds are required every 30 minutes at staggered intervals," read a statement by the Ohio Department of Corrections.

The former bus driver had been sentenced August 1 to life in prison without parole plus consecutive sentences that totaled 1,000 years, for having kidnapped three women who he used as his sex slaves for nearly a decade.

Amanda Berry, Gina DeJesus and Michelle Knight had disappeared between 2002 and 2004, when they were 14, 16 and 20 years old. During their captivity, the women were bound for periods of time in chains or ropes, and were forced to endure starvation, beatings and sexual assaults; one of them had a child, all of them suffered through miscarriages and abortions.

They managed to escape in May this year when one of them broke part of a door and cried out to neighbors for help.

Puerto Rican born Ariel Castro and his two brothers were arrested that evening.

In order to avoid the death penalty, the former bus driver then pleaded guilty to 937 counts including rape.

As a result of this plea bargain, there was no trial, sparing the victims the requirement of testifying before the court. The deal also ruled out the possibility for parole or re-indictment.

Ahead of the verdict Castro's all three of them had released videos thanking supporters and saying they were putting their lives back together.