Syrian government troops have clashed with opposition forces in Aleppo, a day after rebels breached a regime blockade in the embattled northern city. The government has responded with a major airstrike campaign. 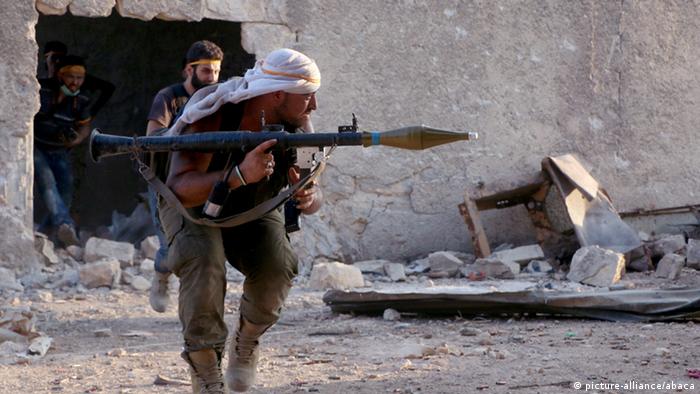 There was a flare in fighting on Aleppo's southwestern outskirts Sunday, as Syrian opposition rebels put up a massive defense to protect the gains they made the previous night.

On Saturday, an alliance of rebel groups, including jihadist insurgents, overran a military complex in the southern Ramouseh district, breaking a three-week-old government siege on the city's opposition-controlled neighborhoods. The advance marked a major military setback for regime forces.

The British-based monitoring group, Syrian Observatory for Human Rights, reported that warplanes belonging to Syria and ally Russia responded with a series of intense air raids on Sunday.

Government forces last month took control of the only road leading to rebel-held areas in northern Aleppo. The rebels subsequently launched a counteroffensive from the city's south to open a corridor and break the blockade that had left 300,000 people trapped, according to the United Nations. 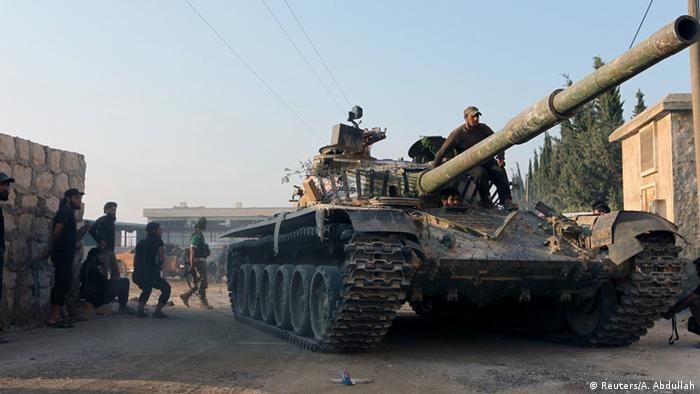 The latest rebel advance means that a major highway linking the government-controlled part of Aleppo to Damascus is now at risk. Rami Abdurrahman, the head of the Observatory, said there were fears some 1.2 million civilians in these areas could be left without a supply line.

Once an economic powerhouse, Aleppo has been divided between government forces in the west and rebels in the east since fighting for control of the city broke out in 2012. Syria's war began in 2011 with protests against the regime of Syrian President Bashar al-Assad. It has since evolved into a multisided conflict that has drawn in world players and killed more than 280,000 people.

The Syrian Democratic Forces have cleared 90 percent of the strategic city of "Islamic State" militants. Manbij had been "a citadel of foreign terrorists," said a spokesman for the US-led coalition against the group. (06.08.2016)

Syrian siege takes its toll on civilians in Aleppo

As medical facilities are targeted, and the siege in and around Aleppo tightens, wounded Syrians have fewer and fewer places to turn to. Anna Lekas Miller reports from Antakya. (02.08.2016)