City of Chemnitz: A city of clever heads

Marx, machines, modernity: Chemnitz has many faces - and one very famous head. 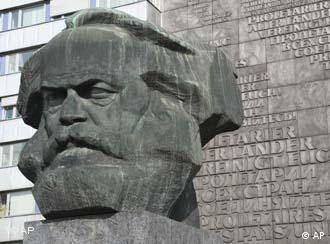 Chemnitz, say the locals themselves, is a city you appreciate on second glance. Indeed, it's easy to get the wrong impression when you focus on the city's grey outer appearance. You can miss the fact that behind this dull facade is a multi-faceted metropolis.

To discover Chemnitz's history, you have to look carefully. There is, for example, the Karl Marx monument, which was erected here in 1971 but somehow never really fit in. Back then, Chemnitz was called Karl-Marx-Stadt or Karl Marx City - a name chosen by the city's government without asking the residents for their opinion. This is why after the fall of the Berlin Wall in 1989, the people of Chemnitz renamed their city. At the same time, though, they regained a sentiment for the famous monument, which is still the world's largest portrait bust and Chemnitz's landmark.

The path to industrialization

Chemnitz was established in the 12th century, but only hit the big time with industrialization. One could say that the city became a driving force behind the Industrial Revolution in Germany. It is not only considered to be the cradle of the German machine and vehicle industry, but also a place where the economy and the spirit of invention came together. It's not without reason that German patent law has its roots in this region. Today, the Chemnitz University of Technology works at maintaining a constant transfer of knowledge between research and businesses.

Due to its economic power, Chemnitz got the nickname "Saxon Manchester." Looms, steam engines and locomotives were produced here in large numbers and put on the world market. And even though all this industry made the city look grey, Chemnitz had the honor of being Germany's wealthiest city at the turn of the 20th century.

Almost the entire city center was turned to rubble during the air raids that took place in the final stages of World War Two. Out of these ruins emerged a new city - at first marked by the style of socialism, and later influenced by architecture firms in Germany and abroad, which gave the Chemnitz a new face. This development is still taking place today, although in areas like Kassberg - Europe's largest Wilhelminian and art-nouveau-style district - you can still see a pride in the city's bygone era. Chemnitz is like a melting pot that reconciles the industrial era with East-German-style concrete slab buildings and the businesslike clarity of glass-and-concrete modernity. Meanwhile, as time goes by, Karl Marx's head will continue thinking its own thoughts, gazing down upon the city from its pedestal.