Think citizen science is a mere buzz phrase? Think again. What the growing movement reveals might just surprise you. 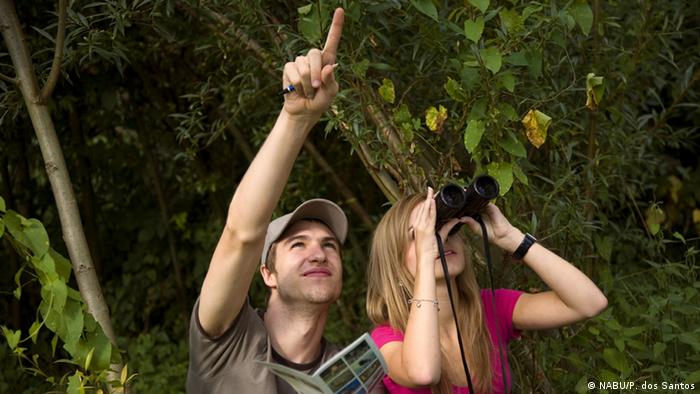 Michael Münch loves bugs. The 43-year-old IT pro doesn’t have a degree in entomology, or any peer-reviewed articles in the major insectology publications, but the self-taught bug lover does have a vast collection of books and a keen desire to aid the science community in collecting essential data about insects and plants. A native of Chemnitz, Germany, Münch moved from documenting plant life in the 1990s to delving headlong into the insect world. It didn’t take long for Münch to partner up with local entomologists who shared his passion. Soon, he was putting his computer science knowledge to work to help set up an online portal that documented insect life in Saxony.

And just like that, Münch joined the ranks of the burgeoning citizen scientist movement.

Armed with a desire to co-create science culture, citizen scientists are amateurs, hobbyists and other normal folk who partner with science pros and organizations to help gather the data that’s the lifeblood of scientific research. From astronomy to zoology, just about every field in the scientific multiverse now has a citizen science project to call its own.

Some call it crowdsourcing science. Imagine trekking into your backyard to catalog snail life to contribute to evolution research. Or venturing on a scuba dive to record species diversity. Or tracking Hummingbird activity without having to leave your perch in front of Facebook. And that’s just the tip of the iceberg. No PhD required. No need to be a credentialed member of the academy. 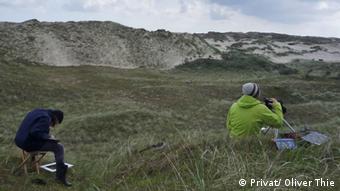 Around the world, citizen scientists have become indispensable for biodiversity research

But don’t let a sexy, au courant term like “crowdsourced” fool you into thinking the movement is purely a product of the Internet Age: citizen science is a new term for an age-old practice.

“When you look at the long history of science and technology, the concept of the professional scientist is quite new. Citizens were the first scientists. Bakers were scientists, farmers were scientists. To learn how to bake bread or to brew beer, that was a process of trial and error that developed over time,” says Dr. Christopher Kyba of the Leibniz-Institute of Freshwater Ecology and Inland Fisheries.

According to Lars Lachmann, a bird conservation expert for the Nature and Biodiversity Conservation Union (NABU), one of Germany’s largest environmental NGOs, community-sourced data was at the heart of ornithological field studies long before the concept of citizen science became a bandied-about buzz phrase.

“The first bird scientists were priests and doctors. There is knowledge beyond universities and citizen science makes use of the time and knowledge of people who are outside academia. Without these individuals, a large amount of resources would go untapped.”

Host to two of Germany’s largest and oldest crowdsourced science projects, NABU allows birders to play an active part in its annual “Stunde der Wintervögel” and “Stunde der Gartenvögel” birdwatching events. With hundreds of thousands of participants and bird sightings numbering into the millions, NABU has morphed everyday people into veritable data collection engines. And considering the sheer amount of data necessary to propel the science, Lachmann maintains that academia would be lost without its army of on-the-ground dilettantes.

Charles Darwin would certainly agree. In the course of one year alone, the champion of natural selection sent out more than 1500 letters to naturalists and laymen alike to gather proof about evolutionary theory. Yes, you read that right. 1500 pieces of snail mail. In one year. With no Google or Twitter or Facebook to aid him. Darwin was crowdsourcing before crowdsourcing was cool. 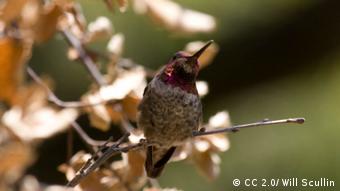 The first bird scientists were priests and doctors

But can crowdsourcing science deliver scientific results? According to Dr. Matthias Nuss of Dresden’s Senckenberg Museum für Tierkunde, the answer is yes. Dr. Nuss maintains that citizen scientists provide the manpower to collect the necessary amount of data that pro scientists depend on.

Case in point: with more than 34,000 insect species in Germany alone, it would be impossible for professional entomologists to catalog all the essential data on the vast number of species. This is where passionate non-scientists play a key role. The NABU funded "Insekten Sachsen" program was launched in 2010 and empowers novices to submit photos on regional insect fauna that are then verified by experts for species identification. The program recently added its 2,000th photographed species to the catalog—a feat accomplished by thousands of enthusiastic volunteers.

But the concept of community-based conservation isn’t simply a German phenomenon. In the UK, citizen scientists are aiding in the battle against cancer, while members of the community document lion life in the Serengeti, and amateur lepidopterists count butterflies throughout North America.

One of the world’s most mega-diverse countries is no exception. In collaboration with the German government, Brazil’s Serra de Bodoquena National Park has just rolled out a new biodiversity monitoring program that partners locals with scientists to collect essential details about species diversity. Considering that Brazil is home to a whopping 70% of the world’s documented plant and animal species, citizen scientists morph from mere participants to agents in the fight against biodiversity loss.

The power of open science

Dr. Kyba of the Leibniz-Institute says that relying on community scientists can be quite essential when your average human would be better suited to a task than a computer: like spotting patterns, or when observation is necessary in many locations, possibly at the same time.

Kyba’s a big believer in the power of open science, or the push to make research and data accessible to all levels of society. His 'Loss of the Night' smart phone app, a worldwide citizen science project that tracks light pollution, allows users to collect information on star visibility and light pollution which is then fed into a database for scientists who use the data to make correlations between health, the environment and society at-large.

And when the power of technology joins the conversation, the reach of community-centric conservation turbos into overdrive.

Kyba believes that the Internet and smart phones have had a huge impact on the movement. He points to GPS and its use of auto time and position stamps as a game-changer that has spawned citizen science projects that never would have existed if the technology wasn’t in place to support it. Leaders in the citizen science movement maintain that emerging technologies like mobile apps and gaming-centered data collection are the future of the global project.

The tech may be new, the terminology may be freshly coined, but for veterans like Christopher Kyba, citizen science still rests on the same timeworn questions that have always driven the scientific community.

“I think that scientists are generally skeptical of new ideas, and that’s healthy. I
think the same skepticism should be applied both to a new citizen science project that is applied to a proposed experiment at CERN. “Is this necessary? Is the method sufficient to answer the question?”