Sotheby's auction house in Paris has Christo and Jeanne-Claude's personal art collection up for auction. A sketch for their work "The Umbrellas" sold for five times the estimated value. 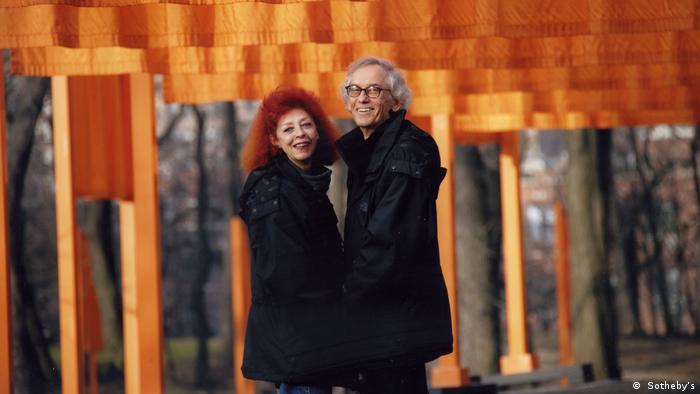 The art world has an eye on Paris this week. It's not often that the personal collection of a pair of deceased artists gets sold off to the highest bidder. The duo of tireless packaging artists have collected these works over the course of their colorful lives. At the first part of the auction on Wednesday, sales soared to $9.8 million; the remaining lots are to be auctioned on Thursday.

Jeanne-Claude died in 2009, Christo followed her in May of 2020. According to the will, the works are to be auctioned for the benefit of the family — 400 lots in total, supplemented by some Christo works from the estate.

What is special about the Paris auction, however, is the personal connections that this art collection reveals: The common threads in the collections of Christo (1935-2020), who came from Bulgaria, and his wife Jeanne-Claude (1935-2009), from French Morocco, are the artists' contacts and friendships, first in Paris and later in New York, from where they organized their famous wrapping projects around the world.

Many works have personal dedications.

The majority of the works to be auctioned come from their early years together — the late 1950s and early 1960s — when Christo and Jeanne-Claude belonged to the Parisian avant-garde.

This also included Yves Klein, the co-founder of the Nouveau Réalisme (new realism) art movement. Christo became friends with the inventor of the famous International Klein Blue (IKB). Both exchanged works: for one of his "packages" Christo received the small, completely blue canvas "Blue Monochrome (IKB 19)" from 1958. Sotheby's estimates it's worth at least €200,000 ($241,000).

Quite a number of works in the auction tell of such friendships. Lucio Fontana's painting "Concetto Spaziale, Attesa" (1963), for example, which is valued at €300,000 to €500,000, is dedicated to Jeanne-Claude on the reverse. It once hung on a wall of the Chelsea Hotel on 23rd Street, where Jeanne-Claude and Christo initially stayed after moving to the USA.

Below the picture was the only piece of furniture that the artist couple had taken with them from Europe — the modern "Hoge Stoel" by Gerrit Rietveld, one of Christo's lifelong favorites. The estimated price is now €80,000 to €120,000. 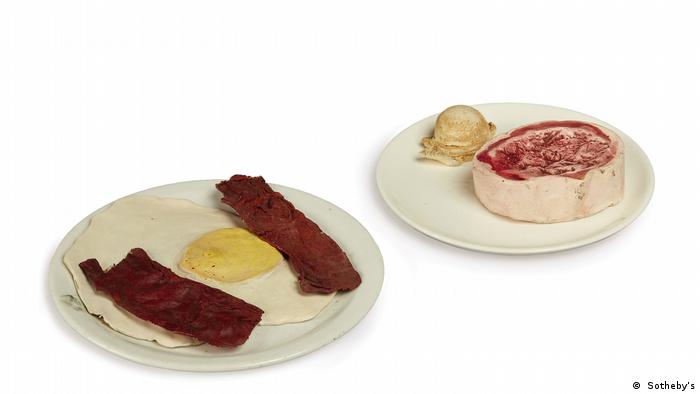 The artists Daniel Spoerri and Claes Oldenburg also lived in the Chelsea Hotel at that time. Oldenburg offered that Christo and Jeanne-Claude take over his studio in an old factory building, where they lived from 1964.

Here Christo tinkered his "Store Front" works, made from found objects from demolished houses. In exchange for an early "Store Front" work, Oldenburg gave Christo the sculpture duo "Bacon and Egg, Ice Cream and Beef Steak." It bears the dedication "to Christo from Claes". At the auction, it could bring in €40,000 to €60,000. Like many of the works here, it breathes a touch of art history.

Cultural legends who died in 2020

Sean Connery, Kirk Douglas, Christo and Ennio Morricone. In this picture gallery, we bid farewell to iconic figures who died in 2020.