Berlin Volksbühne's new theater director starts off his first season with a dance performance and Samuel Beckett. Chris Dercon told DW how he wants to experiment on stage and how he's working hard to be accepted. 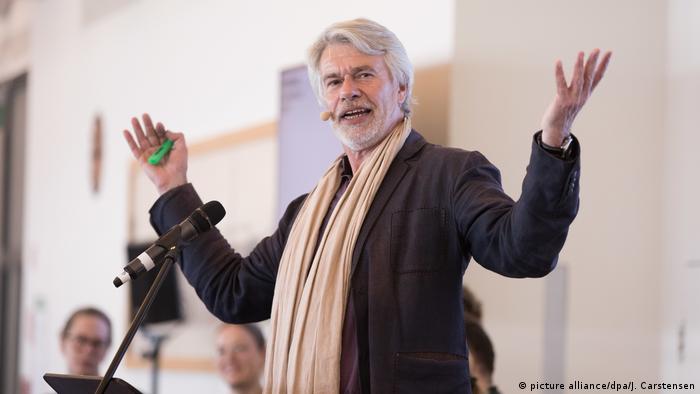 Chris Dercon, the new director of Berlin's Volksbühne, has finally revealed his plans for his first season with the theater, impatiently awaited by theater-lovers in particular because in the heated discussion over the theater's future. Dercon had previously refused to even hint at a possible program, putting details off for the scheduled press conference this week.

Announced Tuesday, the program lists 16 premieres in the first half of the season - 13 of which are original productions. The season starts with a dance performance by choreographer Boris Charmatz and Musee de la Danse on September 10 in a new venue: Hangar 5 of Berlin's former Tempelhof airport. Three one-act plays by British playwright Samuel Beckett and works by Berlin-based British-German artist Tino Sehgal kick off the season at the original Volksbühne venue.

Many in Berlin's theater scene were indignant when the Berlin senate announced in April 2015 that Frank Castorf would be leaving the Volksbühne after 25 years at the helm - to be succeeded by Chris Dercon, a Belgian art historian. Castorf wrote theater history while Dercon, until recently the head of the Tate Gallery of Modern Art in London, is a museum expert who has never managed a theater.

Critics feared the traditional leftist-leaning theater on Berlin's Rosa Luxemburg Square could be degraded to a mere venue for events, and that the ensemble might be broken up. In the following interview with Deutsche Welle, Chris Dercon speaks about his plans for his first season and how he aims to win the hearts of Berliners and Volksbühne actors alike.

DW: People know the Volksbühne as a highly political, leftist theater. What is your vision for the future of a "new" Volksbühne?

Chris Dercon: I envision the Volksbühne as a public, permeable space that offers room for the various types of art within the performing arts spectrum.

Volksbühne always stood for freedom of the arts. Now, however, we must take a fresh look at the role of theater. I believe the performing arts are better suited than other art forms to dealing with our times - a time when reality trumps the theater, just take a look at the US president. Art as such is highly political, and so, by the way, is dance. But it is not about offering what is familiar, just so the fan club can agree. We want to surprise people with a new kind of interaction between the art forms. 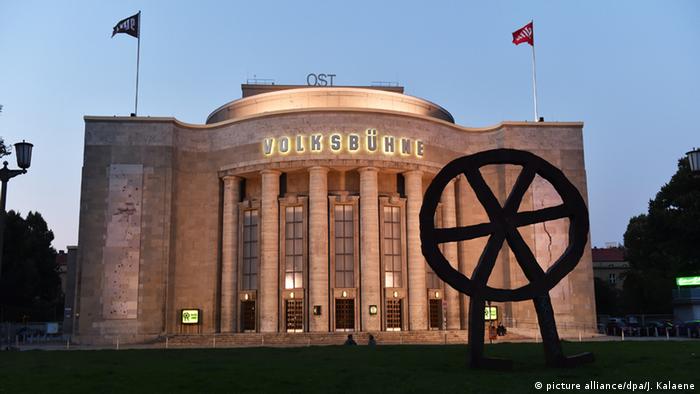 You are opening your first season on Tempelhof Field with a dance performance by Boris Charmatz. Hangar 5 will be turned into one gigantic stage under the motto "All of Berlin is dancing." Where did you get the idea?

Tempelhof is important to us because we want to offer artists a space that is not a stage to develop new projects and new forms of presentation. Many theater-makers today no longer want to work with the standard differentiation between the stage and the auditorium, just like choreographer Boris Charmatz. There is Mohammad Al Attar, a Syrian writer who works with female Syrian refugees for his version of the Iphigenia, they are actually being casted and trained at the moment. And we have Kate Tempest, a famous rapper and dramatist who can show us where theater could be headed.

So you think the Volksbühne must be open to other art forms?

Volksbühne has always said it survives on a patchwork of minorities. In Berlin, you will find a certain separation, which we want to change with new cooperations. We want to let the different art forms interact. That aspect has been important to me all my life, in the museum, too. But it is only now that I am in the theater that I can give it a lasting shape. For instance, a dancer speaks, a film-maker is responsible for lighting the stage. Or one could try to combine Beckett plays with works by Tino Sehgal.

One-act plays by Samuel Beckett will open the season at the Volksbühne's main venue. Why Beckett?

Because Beckett is about language, because he makes us think about how we communicate: tweets, retweets, posts. Is there a difference between so-called feelings and facts, or between facts and fake news? Samuel Beckett's command of language and how he presents it anew over and over again are a prologue to understanding the evolution of how we speak today.

For the internet, you developed the "Volksbühne Fullscreen" platform, a new digital stage. Is it a kind of experimental field?

Volksbühne Berlin stands for different venues. And yes, it's true, one should be on the internet. We wanted to create a dynamic website, not just one offering more service, but a place where we can try things out and turn theatrical narratives into digital culture.

That is exciting at a time when filmmakers like Alejandro Inaaritu move in virtual reality. I think it's time that theater experiments in the digital space - not to reconcile theater with digital culture, but to experiment and find something new.

At your press conference, little was said about an actors' ensemble and a repertory. You lack both, but you would like to have them. That also comes as a result of your dispute with your predecessor.

We approached Frank Castorf and resident Volksbühne directors Rene Pollesch, Herbert Fritsch and Christoph Marthaler for plays for a repertory in the interest of securing a future for the Volksbühne. Their clear answer was "no." We have to create a new repertory and a new ensemble. 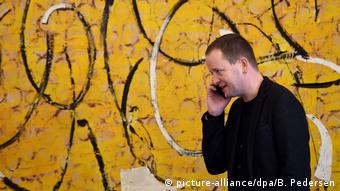 You have often been accused of wanting to break up the ensemble and only book artists for temporary projects. Is that true?

That is absolutely not the case. I would like to work with a family, a permanent troupe. But first, we have to create it.

Here in Berlin, you've faced quite some opposition.The staff wrote an open letter, and even today, there's some opposition in the theater itself. How do you plan to win over the Berliners and your co-workers?

We had a very positive personnel meeting this morning. We have an incredible amount of explaining to do. In that regard, I wasn't as successful in the past. You have to continue to try to find a better way to explain something. And now, that is coming up with positive results.

No, not in my own theater, but perhaps by politicians.

You are referring to Berlin's new Culture Senator Klaus Lederer, who initially questioned your contract. You don't have a lot of friends in Berlin, how then can you be successful?

Well, I'm still here. And I'm working at it and I am used to working with strong headwinds: in Munich, in Rotterdam. Not because I seek to provoke or seek conflicts, but perhaps because I am an outsider and I use my freedom.

Wouild you like to see Faust again before it is discontinued, the last play staged by your predecessor Frank Castor?

No, because it is about me. (Eds.: In his Faust production, Castorf focuses on colonialization and takeovers, which is just what many people have said they think of when they see Chris Dercon as head of the Volksbühne theater.)