A pair of incidents involving fighter jets from China, Japan and the US over the East China seas have escalated an already tense situation. Several nations have claims of sovereignty over parts of the region. 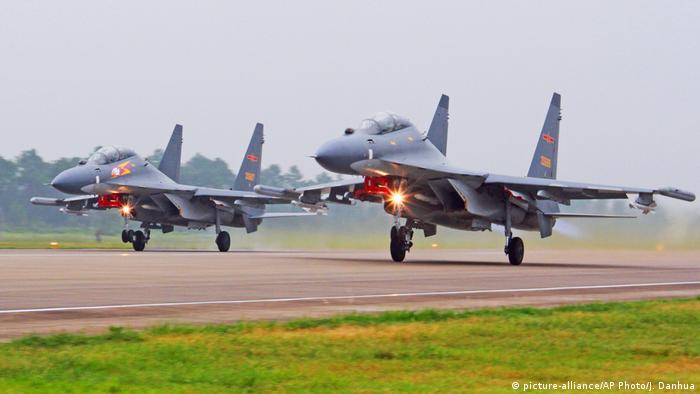 A US think tank says China appears to have put anti-aircraft and anti-missle systems on islands in the South China Sea. The Asia Maritime Transparency Initiative says it's been tracking satellite images since June. (15.12.2016)

Tokyo has summoned Beijing's ambassador after Chinese government ships were spotted near East China Sea islands for a fifth consecutive day. Tensions over the disputed islands have strained bilateral relations. (09.08.2016)

As many as 40 Chinese military aircraft have flown over a disputed area of the South China Sea close to Japan. The move follows Tokyo's decision to join US navy exercises in the region. (26.09.2016)

Two Chinese fighter jets conducted what the US called an "unprofessional" intercept of an American radiation-sensing surveillance plane over the East China Sea, the US Air Force announced on Friday.

"We would rather discuss it privately with China," Hodge said in an email to The Associated Press. "This will allow us to continue building confidence with our Chinese counterparts on expected maneuvering to avoid mishaps."

China declared an air defense identification zone over a large section of the East China Sea in 2013, a move the US called illegitimate and has refused to recognize.

Japan dispatched four planes to the group of islands in the East China Sea after a Chinese vessel launched a drone in disputed waters, the Defense Ministry announced on Friday. Tokyo also slammed the perceived provocation over the uninhabited islets, administered as the Senkakus by Japan but claimed as the Diaoyus by China.

"This is escalating the situation and is absolutely unacceptable," Japanese Defense Minister Tomomi Inada said. "We regard this as a serious infringement of Japan's sovereignty." The group of planes included two F-15 fighters and an airborne warning and control system (AWACS) aircraft, according to Japanese officials. 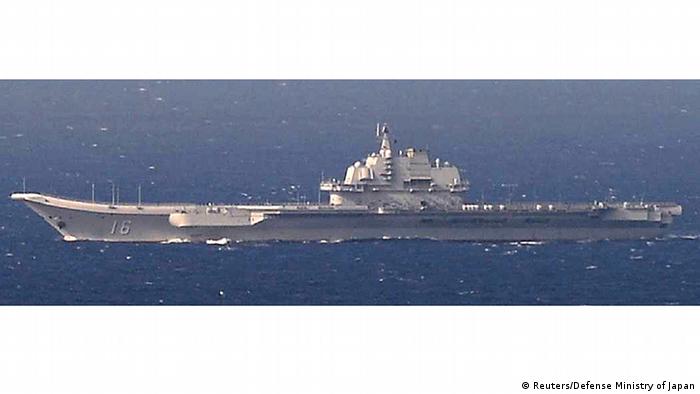 China's claims to sovereignty over the parts of the sea - and its estimated 11 billion barrels of untapped oil and 190 trillion cubic feet (5.4 trillion cubic meters) of natural gas - have antagonized competing claims from Malaysia, Vietnam, Brunei, Taiwan, Indonesia and the Philippines.

The incident takes to 13 the number of intrusions this year by Chinese coast guard ships in the contested waters, according to Japan. Coast guard ships from the two nations routinely patrol the area.

In a statement on its website, China's State Oceanic Administration confirmed that four coast guard vessels had been patrolling by the islands, but made no mention of a drone. 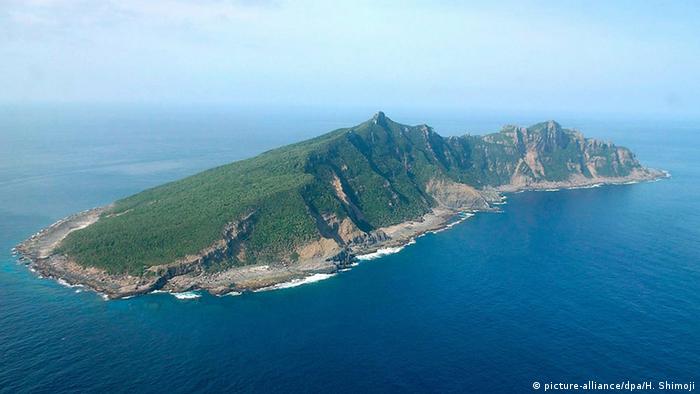 Uotsuri Island, like all other Senkaku islands in the East China Sea, is claimed by Japan, China and Taiwan.

Beijing has reclaimed over 3,000 acres (1,200 hectares) in the Spratly Islands since early 2014 and has turned sandbars into military bases equipped with airfields and weapons bases.

According to a report by the Asia Maritime Transparency Initiative, China has built a hangar and a radar on a man-made island in the Spratly Islands.