A massive exhibition by Chinese dissident artist Ai Weiwei has opened in Berlin. The renowned artist, however, will not be able to attend - as Chinese authorities have confiscated his passport. 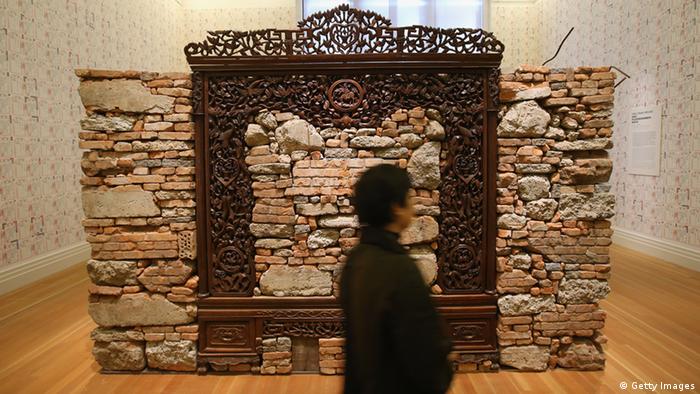 Ai Weiwei's exhibition "Evidence," billed as his biggest ever, opened on Wednesday at the Martin-Gropius-Bau museum in Germany's capital, Berlin.

As an internationally renowned artist, Ai is a high-profile photographer, painter, sculptor, architect and blogger.

He is also a prominent political activist - at least internationally - and has used his popularity to draw attention to injustices across China. Calling on the government for greater transparency, his activism has fueled years of bureaucratic harassment by authorities.

Ai will not be allowed to travel to Berlin for the opening of his show as Chinese authorities confiscated his passport on his 2011 arrest at Beijing Capital International Airport, organizers said Wednesday.

Ahead of the official opening, museum director Gereon Sievernich presented a video of Ai at his studio. "I hope the audience in Berlin can enjoy it, and also can criticize it," he said.

"I don't know what will happen in the near future but I still hope that I can come to see the show and share the moment with the audience and give an explanation of the work," he added.

The exhibition, which covers 3,000-square-meters (32,300 square-feet) of the museum, is overtly political and reflects on issues such as surveillance, environmental problems and free speech.

The title of the show, "Evidence," refers to his detainment by Chinese authorities on charges of tax fraud three years ago.

In April 2011, after his Shanghai studio was abruptly demolished by authorities, Ai was arrested and held for 81 days as part of a crackdown on dissenters.

The Berlin show includes "81," a replica of his prison cell. He has also put on display computers confiscated from his office and a replica of a pair of handcuffs made out of jade.

'Art and science are free'

The German government says it has raised Ai's case with Chinese officials behind closed doors, however the topic was not publicly addressed during Chinese President Xi Jinping's visit last week.

Opening the exhibition, the German government's special representative for culture, Monika Grütters of the Christian Democrats, condemned Beijing's treatment of its dissidents. She called the show Germany's "cultural event of the year."

Grütters said Ai could be a source of cultural pride in China but instead, "he is detained, interrogated, defamed."

"Germany learned a lesson from its two dictatorships: art and science are free," she said, calling on Beijing to allow Ai to travel abroad.

The show opens to the public on Thursday and is set to run through July 7.