Residents in the storm-hit Chinese city of Zhengzhou are clearing up the debris and mud after a deluge that killed more than 30 in Henan province. Rescue teams are still searching for individuals reported missing. 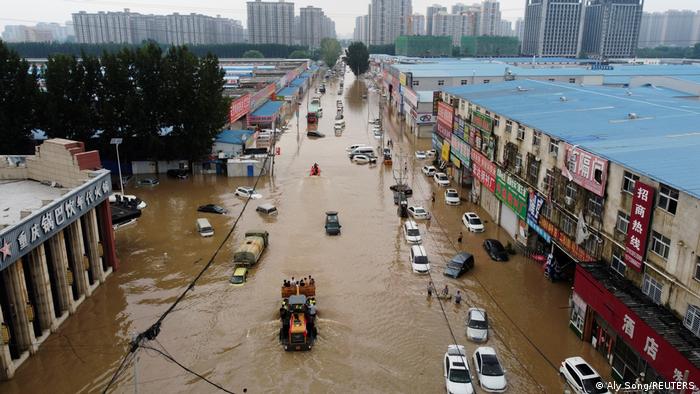 Zhengzhou residents on Thursday began to clear up, hauling away cars and the debris of wrecked buildings from floods that killed at least 33 people.

Questions have arisen on social media about how prepared authorities had been for such a disaster.

While there were drier conditions on Thursday in Zhengzhou, a city of some 12 million people, large parts of the city remained underwater.

Cars were left piled high by the water as residents prepared for a possible next wave of bad weather.

Amid shortages of food, water and power, residents queued for emergency water and instant noodles.

The official Xinhua news agency reported that eight people were still missing after the floods.

Fresh landslide and flood warnings were issued for surrounding areas.

Anyang city, to the north of Zhengzhou, issued a red alert on Thursday for heavy downpours. Officials ordered schools to close and said most workers should stay at home.

The rains in Henan were triggered by Typhoon In-Fa, which was also associated with severe weather in the southern provinces of Guangdong, Fujian and Zhejiang. 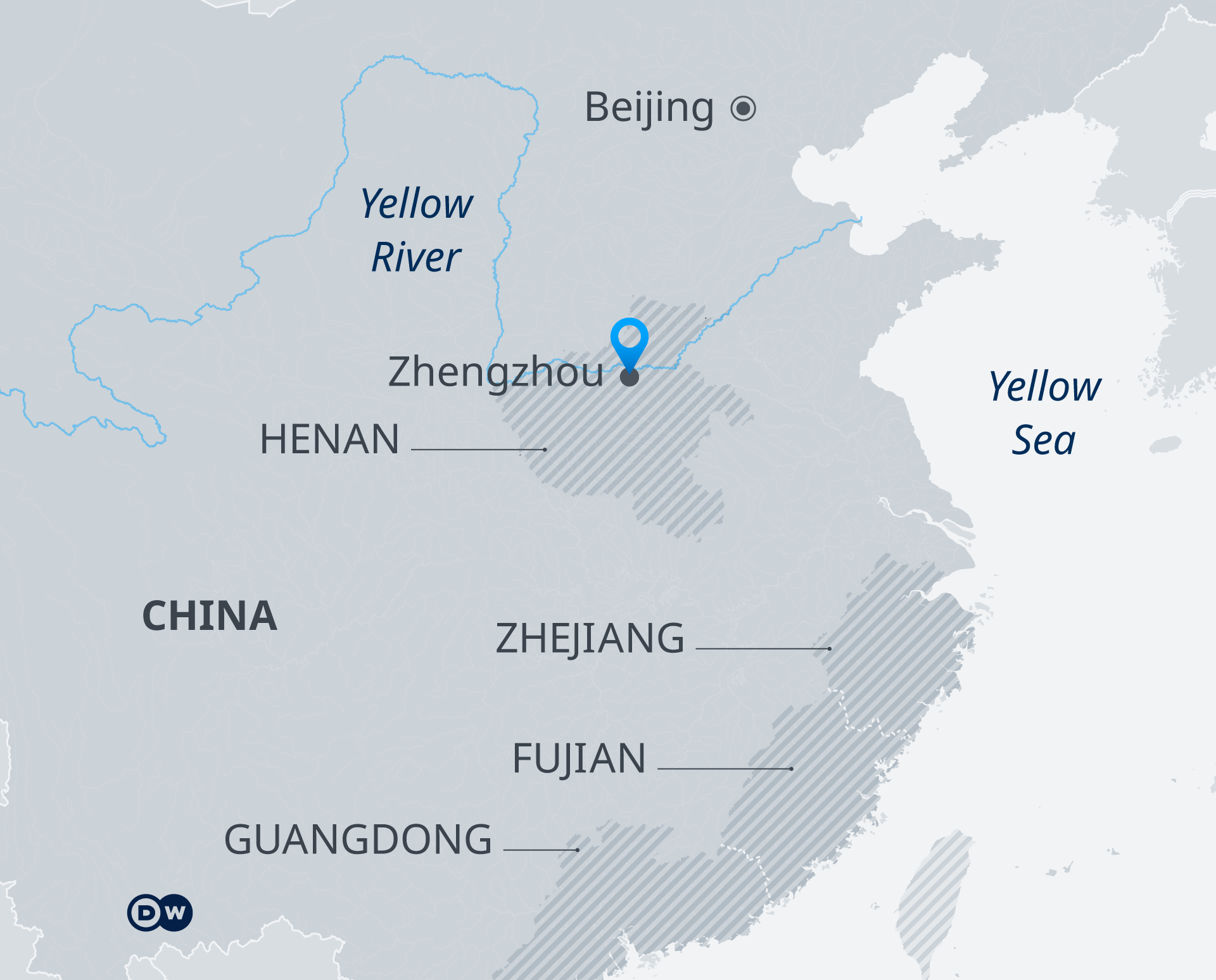 Contributors to social media questioned how prepared authorities had been for the Tuesday deluge. High on the list of complaints was a failure to close the city subway system.

The underground rail network saw the worst incidence in terms of fatalities when 12 people died as the system became inundated with floodwaters.

"Why was it that water levels on the street were almost waist-high, but the subway was still allowing commuters in?" asked one user of China's Twitter equivalent, Weibo.

The transport ministry released a statement ordering rail operators to "absorb the lessons of recent incidents." It warned them to close stations promptly when faced with severe weather.

Henan province is crisscrossed with rivers, dams, and reservoirs that are designed to manage water flow and help with irrigation.

However, with the rapid growth of cities, there has been increasing pressure on drainage in more urban areas.

Rescuers are trying to pump water out of the flooded mine shaft while piping air to the trapped workers.