Sina Weibo, China's popular microblogging platform, has announced it is banning content related to homosexuality. A rallying cry by users saw the hashtag "I am gay" also blocked by Chinese internet censors. 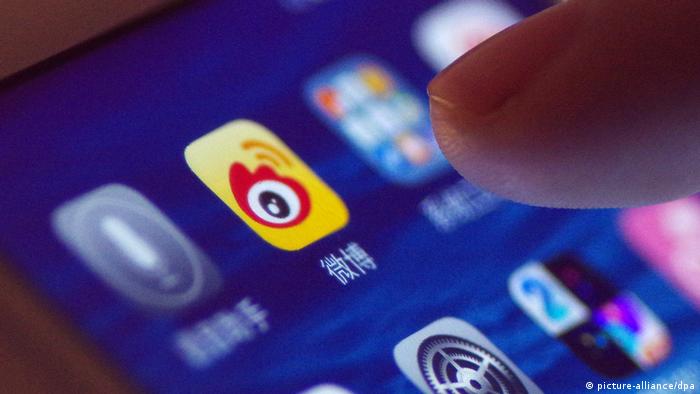 Outraged Weibo users rallied under the hashtag "I am gay" early on Saturday to protest the company's announcement. By midday, it had reportedly gathered over 130 million views and generated some 153,000 comments. However, by the afternoon, Weibo appeared to have also banned the hashtag and deleted most of the related comments.

Weibo announced its latest censorship drive — or "clean-up campaign" — on Friday, saying it would be removing "illegal" content, including "manga and videos with pornographic implications, promoting violence or (related to) homosexuality."

The new bans would "create a sunny and harmonious community environment," the platform added.

Users voice their outrage under the "I am gay" banner

Weibo's announcement, however, provoked a flood of stunned and angry responses from Chinese users.

"You want to shut my mouth, but you can only delete my account," one user posted using the "I am gay" hashtag.

Another said: "As a member of this group, I am proud, I am glorious ... I refuse to be discriminated and misunderstood."

According to What's on Weibo, a site monitoring Chinese social media trends, some users also combined the "I am gay" with the hashtag "I am illegal."

Weibo's content ban is the latest attempt by the Chinese government to purge the internet of content it alleges deviates from socialism's "core values" or criticizes the country's established policies.

Although China decriminalized homosexuality back in 1997 and removed it from the state list of mental disorders in 2001, conservative attitudes remain widespread.

A 2013 Pew study found that only around 20 percent of Chinese respondents said the believed homosexuality should be accepted by society.

"There can be no homosexuality under socialism? It is unbelievable that China progresses economically and militarily but returns to the feudal era in terms of ideas," one outraged Weibo commenter said.

China has also been tightening its censorship grip under the leadership of President Xi Jinping, who has been advocating for a stronger promotion of socialist ideology in society and everyday life.

China's censorship laws not only allow authorities to closely monitor online user activity and purge the internet of any content it deems offensive. It also requires the websites themselves to hire their own censors to monitor content on their pages.

This week, Toutiao, one of China's most popular news aggregator apps, was reprimanded by the government for allowing users to share lewd jokes and videos. The site subsequently promised to increase censorship to some 10,000 people.