Chinese Prime Minister Li Keqiang is continuing his tour of Europe with a two-day stay in Greece, marking the first high-level visit to this eurozone nation in four years. Athens hopes for large-scale investments. 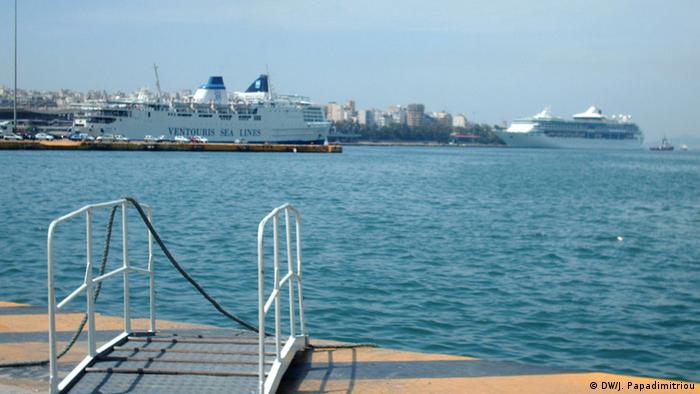 China's Premier Li Keqiang is visiting cash-strapped eurozone member Greece, with the host country touting its troubled, but improving economy as an attractive entry point for Chinese investment in the European Union.

With Greece now on the path of slow recovery, Beijing seems to have renewed interest in getting involved in economic projects in the southern European nation.

Much emphasis is to be placed on a 67-percent stake in the Piraeus port authority, the largest in the country. Chinese transportation giant COSCO is a favorite. The company already has a major foothold there after having won a 35-year concession to expand two main container terminals at the port.

"It was the first time for a Chinese company to obtain a long-term concession for a European port," Chinese Vice Foreign Minister Wang Chao said ahead of the visit, referring to the 2008 deal.

Athens and Beijing have said they are confident a number of additional business contracts will be inked during the visit. Earlier this year, a group including Chinese conglomerate Fosun was selected to lead a 6-billion-euro ($8.1-billion) redevelopment of the old Athens airport of Hellinikon into a housing and leisure complex.

While visiting the UK, Li Keqiang on Tuesday signed business deals worth $24 billion with his British counterpart, David Cameron.