China′s Communist Party congress - Xi Jinping seeks to cement his power | Asia| An in-depth look at news from across the continent | DW | 16.10.2017

As the 19th congress of the Communist Party of China (CPC) gets underway, the question occupying observers' minds is how will Chinese President Xi Jinping tighten and expand his grip over power in a leadership reshuffle? 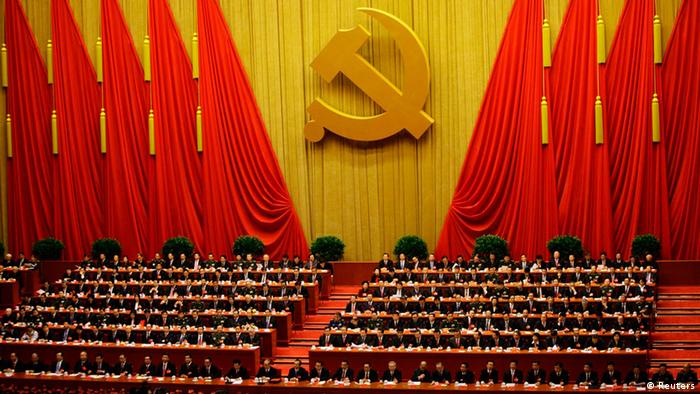 The constitution of the Communist Party of China (CPC) lays emphasis on the principle of "collective leadership," whereby senior officials of the party take decisions collectively. In practice, this collective consists of the Standing Committee of the Political Bureau of the CPC Central Committee. The Standing Committee represents the apex of political power in China.

In CPC's internal language, this collective is currently the "party central office with comrade Xi Jinping at its core."

But since the start of the year, the word doing the rounds in the party has been only "Xi core," without any mention of the party central office. There has even been a change in the way Chinese soldiers greet Xi. When the Chinese leader visited a People's Liberations Army (PLA) garrison in Hong Kong in June and then on the occasion of the 90th anniversary of the founding of the PLA in July, troops broke with a tradition dating back over 30 years to offer a more personalized welcome to Xi. 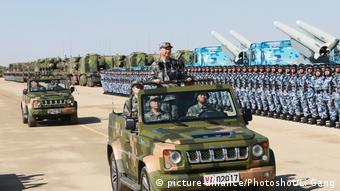 Instead of shouting "Greetings, commander," as would be the usual case at official inspections, PLA troops roared "Greetings, chairman," referring to Xi's position as head of the all-powerful Central Military Commission (CMC).

While Xi is chairman of the CMC, the soldiers' greeting could also point to his potential new role as chairman of the CPC. From 1945 to the 12th CPC congress in 1982, the party constitution stipulated the position of a "Chairman of the Central Committee of the Communist Party of China."

The first chairman was state founder Mao Zedong and the last one to hold this post was the reformist leader Hu Yaobang, who died in 1989.

As party chairman, Xi would no longer be the "first among equals." Instead he would have even more authority in the seven-member Standing Committee of the Political Bureau.

China's official Xinhua news agency recently reported that the party's constitution could be changed at the upcoming congress. It is speculated that the principle of collective leadership could be scrapped to allow Xi to become chairman of the CPC.

Xi brings in his allies

But any move by Xi to install himself as chairman could fail due to opposition from sections of the CPC, especially from the older generation. Still, there are other ways for Xi to tighten his grip on power in the long run.

This could be done, for instance, by reducing the number of seats on the Standing Committee from the current seven to five.

It is likely that five of the seven members currently serving on the committee will have to retire at the convention for reasons of age. And up to 12 of the wider Politburo's 25 seats as well as nearly half of the spots on the 205-member Central Committee are also up for grabs. This gives Xi the opportunity to pack these bodies with his loyalists and augment his power.

"Xi will install his loyalists and trusted allies in the politburo even if they are not high-ranking party officials," China expert Zhang Lifan told DW, adding that the "decisions in this respect have been taken.”

Some of the top favorites up for promotion to the Standing Committee are relatively young and could therefore remain in their posts beyond the next congress in 2022.

Among these are 54-year-old Hu Chunhua, party secretary of the economically strong southern province of Guangdong and thus automatically a member of the Politburo. He has experience managing unrest-prone regions like Tibet and Inner Mongolia.

Li Shulei, 53, is another official expected to be promoted. Li was Xi's speechwriter when the latter served as head of the elite Central Party School that trains the CCP's cadres. Li is a major ally of Xi in his anti-corruption campaign, which has ousted over 250 senior officials from the CPC and the military as well as placed up to two million lower-level officials under investigation.

And another official expected to be promoted is 57-year-old Chen Miner, who has been party secretary of the central city of Chongqing since July. 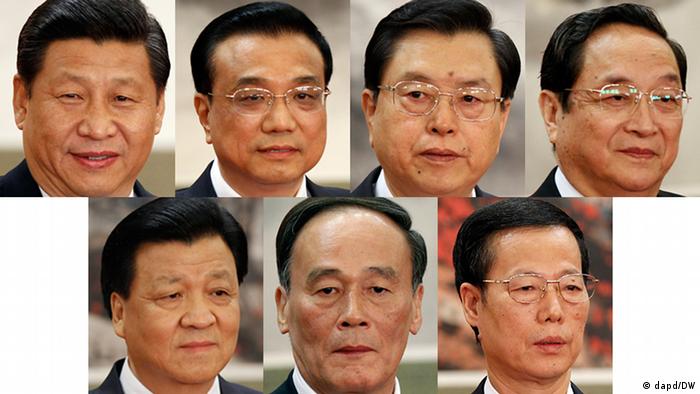 What will happen to Wang Qishan?

When it comes to age limits for Chinese leaders, the party's rule book follows the so-called "seven-up, eight-down" principle, according to which only leaders aged 67 or younger can take up or remain in top posts, while those 68 or older must retire when the party holds its quinquennial congress.

Given this rule, observers are growing curious as to the political future of 69-year-old Wang Qishan, Xi's anticorruption tzar who chairs the CPC's Central Commission for Discipline Inspection. In this capacity, he oversaw, among other things, the proceedings against former senior officials like Zhou Yongkang and Bo Xilai, who were ousted from the party and jailed for life following conviction on corruption and other charges.

Although the rule book says Wang will have to leave, it is possible that Xi would find a spot in the highest political body for his loyal ally and protect him from the numerous enemies he has made through his anti-corruption work. Some even speculate that Wang could get the post of premier if he advances from number 6 to 2 in the hierarchy on the Standing Committee.

How flexible is the age limit?

Xi is the ultimate decision maker when it comes to appointments to the Politburo. Should he decide to allow Wang to serve another term in office, it would send a signal throughout the nation. Older party workers could point to Wang's case and extend their own terms of office.

Xi Jinping himself will turn 69 in 2022 and some analysts believe that he might seek a third term as general secretary (or as party chairman) until 2027. So far, no CPC General Secretary has held that post for more than two terms, even if the party charter does not impose term limits. That's why interest abounds about the potential new role of Wang Qishan and its implications for China's political future.