China seems determined to push growth higher, with government spending and bank lending both up substantially compared to a year earlier. Foreign direct investment into China increased as well. 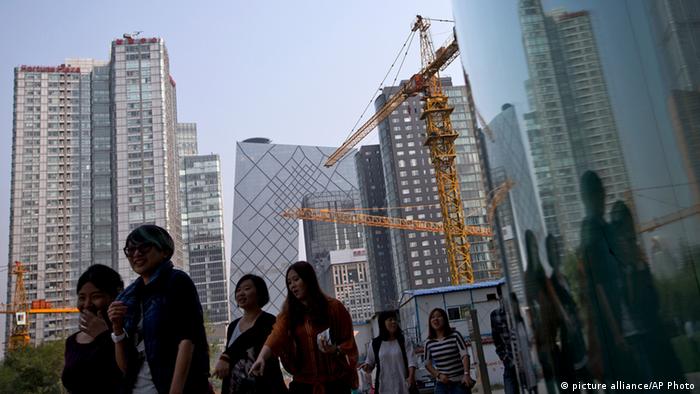 China is investing heavily to prevent a slowdown in GDP growth. The Chinese government's spending increased by 26 percent in June compared to the same month a year earlier.

The government has accelerated its expansion of the country's rail network and increased spending on public housing construction projects. Local government spending increases added to the national government's stimulus push.

Bank lending also grew, reaching 1.08 trillion yuan (128 billion euros) for the month, 20 percent more than had been expected, according to fresh data released by the People's Bank of China. 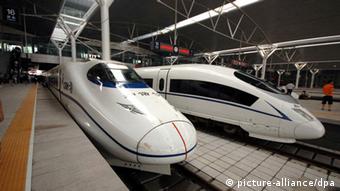 China is accelerating the development of its railway network

The context of the stimulus spending is concern over a cooling rate of GDP growth. The second-quarter figure of 7.4 percent remains blistering compared to almost any other country, but China's government wants to keep growth over 7.5 percent.

Foreign direct investment (FDI) into China is on the rise as well. Inbound FDI in non-financial sectors increased 2.2 percent year-on-year during the first six months of 2014, driven primarily by funds flowing in from Asian neighbors.

South Korean investors were particularly enthusiastic, with FDI into China from South Korea increasing by 46 percent.

But Japanese investment into China dropped by nearly half compared to a year earlier, reflecting a reluctance by Japanese companies to invest in China while relations are strained by a dispute over which nation owns a group of small islands in the South China Sea -- and hence the undersea oil and gas resources nearby.

Outward FDI by Chinese companies into non-financial assets overseas shrunk slightly in the first half of 2014 on a global basis, but Europe was an exception to the trend. Chinese investment into Europe soared 22 percent year-on-year.

The leading European investment destination for Chinese companies is Germany, where medium-sized technology companies are increasingly targets of Chinese takeovers.

China exports rise but doubts over growth linger on

China's foreign trade edged up in June, providing some hope for improvement in the world's second largest economy. The pace of recovery remains moderate, raising expectations of more government stimulus. (10.07.2014)

Consumer prices in China have been rising slower than Beijing had hoped, signaling lingering weakness in the economy. (09.07.2014)

China's manufacturing activity has surged to a five-month high. That's good news for the country's leadership which is accepting slower growth as it wants the nation to move towards a more sustainable development. (02.06.2014)