The economic schism between the US and China is likely to widen, despite a potential improvement in relations under Joe Biden, a new study says. The US-China "decoupling" would throw European firms into uncharted waters. 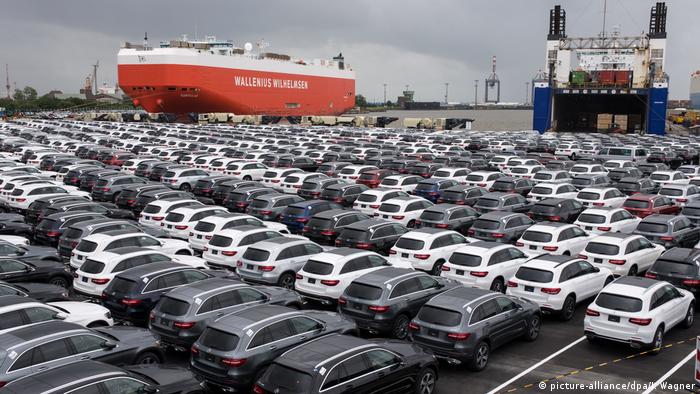 Washington and China have been engaged in a trade and technology war since 2018, with both sides looking to reduce their interdependence. The decoupling or disentangling of the world's two biggest economies, tremors of which are being felt across the global economy, however, is not the biggest challenge facing European firms doing business in China, a survey showed.

Despite a high level of exposure to US-China tensions, European firms remain primarily unprepared for a potential deepening of the rift between the two economic superpowers, the survey published as part of a study by the European Union Chamber of Commerce in China and European think tank Merics found.

"Companies would do well to remedy that imbalance while decoupling remains low on the list of priority challenges, rather than after it has risen in significance," the authors of the report said.

The authors expect the US and China to continue to reduce their reliance on each other, despite a potential improvement in relations under incoming US President Joe Biden, who has been critical of Beijing's trade abuses that he says are hurting US workers. Biden has also supported the ban on Huawei on security grounds and has expressed concern over TikTok's handling of data.

"The massive shift in public opinion towards China, as well as a growing bipartisan consensus in Washington to consider China a strategic competitor on a divergent trajectory, means things are unlikely to result in 'globalization renewed'," they said.

China is also doubling down on its efforts to build self-reliance as part of its "dual circulation" strategy. Beijing is looking to spur domestic innovation to cut its dependence on US high-tech products, such as semiconductors — a vulnerability laid bare by the ongoing tensions.

"The technologies that are defining the future, and which are increasingly integrated into every sector of the economy, are being divided between two of the world's three largest economies, each of which has a growing firewall separating itself from the other," the report said.

The firewall would disrupt global supply chains, which are reliant on both US and Chinese technologies, causing headaches for European firms.

"Software is possibly going to be a real challenge if the US insists on the US software and China insists on their software, and then all of a sudden, you are sitting between unable to produce," Jörg Wuttke, president of the EU Chamber of Commerce in China, told DW, adding that European firms can't afford to be complacent.

Decoupling is not a new phenomenon

The study points out that China has been using decoupling as a strategy to promote self-reliance since the earliest days of its opening up and reform.

"Through market access and other barriers, China has long managed its interdependence with the world economy in a highly strategic and limited manner: selective coupling where it needed foreign technology or competition — such as in high-speed rail and the financial sector respectively — and remaining uncoupled in sectors reserved for China's often state-owned national champions," the authors said.

"The Trump administration may have provided the spark, but the powder keg China had created was bound to ignite eventually."

The COVID-19 pandemic, which threw global supply chains into disarray, has further strengthened governments' resolve to reduce their overreliance on China, especially in strategic sectors such as pharmaceuticals. However, there is little evidence of so-called reshoring or companies moving back production to their destination markets. In fact, China has seen its exports soar in the past few quarters, driven by strong global demand for its goods, including medical equipment.

Human rights abuses by Chinese authorities in Xinjiang and Beijing's crackdown on pro-democracy activists in Hong Kong are also making it difficult for Western firms to do business with their Chinese counterparts.

While the European Union doesn't endorse Washington's strategy of decoupling from China, it's increasingly become concerned about the bloc's heavy reliance on China.

There are also worries that state-backed Chinese firms were gaining too much access to strategic infrastructure and technologies in the bloc, prompting it to put in place a framework for screening foreign direct investment last year.

The EU, which now classifies China as an "economic competitor" and a "systemic rival" in different sectors, has called for strategic autonomy in key industries and building of more reliable and diversified supply chains as part of a proposed €750 billion ($912 billion) coronavirus recovery package.

The EU and China signed a comprehensive investment agreement at the end of 2020. The deal removes barriers to foreign investments in China for certain EU industries, such as new energy vehicles and cloud computing. China has agreed to be transparent about state subsidies and that its state-owned enterprises won't discriminate against EU firms.

However, many in Europe are skeptical that China would honor its commitments made under the deal and that the agreement would lead to a fairer, more reciprocal EU-China economic relationship.

"It [the deal] is in the right direction…but in the magnitude of things particularly in the event of decoupling, you don't fight an amputation with a band-aid," Wuttke said. "The US and Europe really need to get together in order to make sure that China is a good team player — but according to international rules and not trying to set their own."