China has made public its plans to launch an 'artificial moon' by 2020. It's hoped the light source will replace streetlamps and lower exorbitant electricity costs in the country's rural areas. 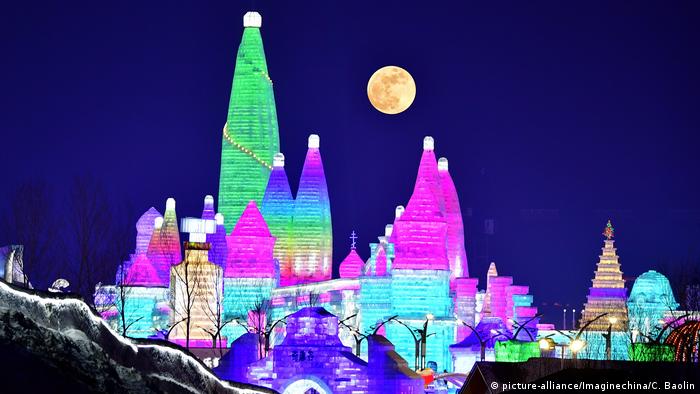 China is set to launch into orbit a huge space mirror, which has been specifically designed to reflect sunlight back to Earth, the state-owned China Daily online portal reported.

In Chengdu, a city in southwestern Sichuan province, the "illumination satellites" are being rigously tested. If all goes to plan, the construction will shine simultaneously with the real moon, but will be almost eight times brighter, the online portal wrote.

The mirrors will launch from Xichang Satellite Launch Center in Sichuan province before the end of the year.

"By then, the three huge mirrors will divide the 360-degree orbital plane, continuously illuminating an area for 24 hours," Wu Chunfeng, head of Tian Fu New Area Science Society and the company responsible for the project, told newspaper in an interview.

Three more moons will launch in 2022 if the initial test goes off without a hitch, he added.

Developers are hopeful the artificial moon will replace streetlights in urban areas. Should everything go to plan, organizers say the city could save an average of 1.2 billion yuan ($170 million, €149 million) a year when illuminating an area of 50 square kilometers (19 square miles). 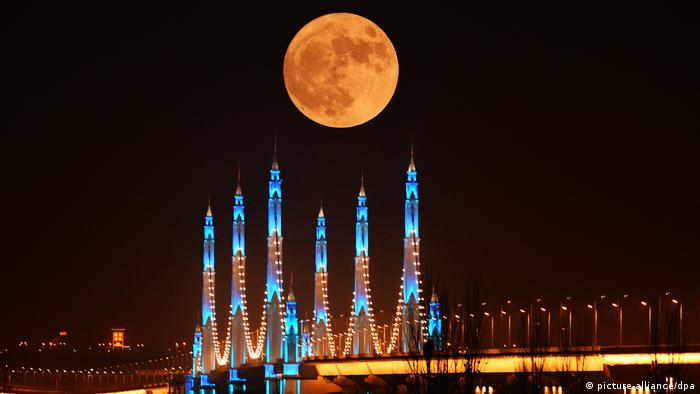 The illumination time and light intensity, Wu added, can be adjusted and exact illumination areas can be controlled within a matter of meters.

Read more: Existence of ice on the Moon confirmed

The first launch will be a test, however. The 2022 satellites "will be the real deal with great civic and commercial potential," Wu added. The organization behind the lunar illumination also hopes the space light source will assist with rescue efforts in disaster zones when electricity for lighting is not available.

Neither Wu nor the Tian Fu New Area Science Society could be contacted to confirm the report.

In an attempt to catch up with the United States and Russia's space programs, China is planning a number of grand space projects.

Such an ambitious project to beam light back to Earth is not a first. In the 1990s, Russian scientists reportedly used giant mirrors to reflect light back to the planet.

Work on a joint US-Russia space station orbiting the Moon is to begin in the mid 2020s. The base is intended to serve as a launching point for manned missions to Mars. (28.09.2017)

With the world spellbound by the coming 'blood moon' and simultaneous near approach of Mars, we explore how the moon has profoundly influenced art and culture for thousands of years.