China and Russia have signed a slew of business deals in Moscow. For the Kremlin, increased cooperation with the Asian country means the influx of urgently needed investments as Western sanctions continue to bite. 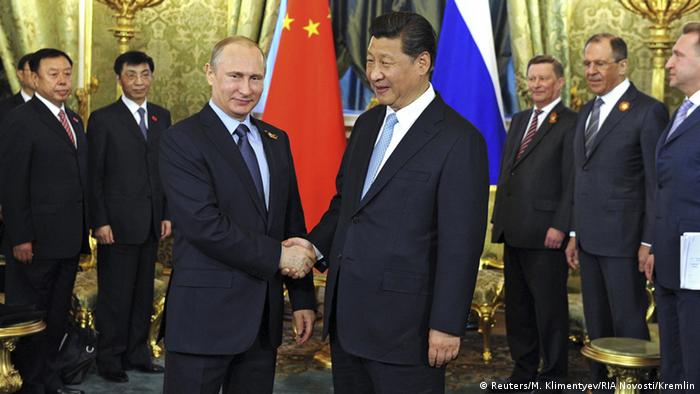 Russian and Chinese leaders - meeting in Moscow Friday to mark the 70th anniversary of the defeat of Nazi Germany – inked a broad range of deals, including billions in infrastructure loans for Russia.

Russian President Vladimir Putin and his Chinese counterpart, Xi Jinping, oversaw the signing of 32 different contracts, one of the most important being the granting of a $6-billion (5.3- billion-euro) loan to build a high-speed railway link between Moscow and Kazan.

The Russian government website said the project was "a priority and utterly important in creating a high-speed transport corridor between Moscow and Beijing."

Shot in the arm

Russian power giant Gazprom signed a memorandum of understanding with China's CNPC to build a gas pipeline to the Asian nation and sell up to 30 billion cubic meters of gas, but the two sides noted the details had yet to be hammered out.

The host of deals signed Friday will also be beneficial for the Russian banking sector as major lenders can look forward to fresh credit lines. Reuters reported that Sberbank would get a loan of almost $1 billion from the China Development Bank, while Russia's VTB Bank would receive some $500 million.

All in all, Russian companies are to get up to $25 billion from China in terms of loans and investment which will help cushion the impact of current Western sanctions imposed on Russia because of its perceived role in the Ukraine conflict.