China supplies fewer arms to dictatorships than US | Asia | An in-depth look at news from across the continent | DW | 05.01.2011

Although China is often accused of supporting African dictatorships, a new study made by Norwegian academics has found that the US supplies fewer arms to democracies than Beijing does. 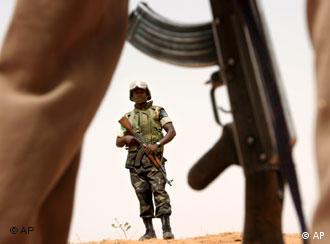 For a long time, developing countries looked to the democratic West for partnerships but there has been a change since a new actor hit the African stage – China.

The Chinese seem to be particularly popular with African dictators – they don't ask pesky questions about good governance and human rights. 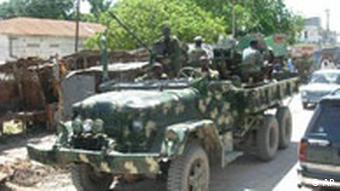 The Norwegian study looked particularly at the sale of heavy weapons

Political scientists Indra de Soysa and Paul Midford from the Norwegian University for Science and Technology in Trondheim wanted to find out if this really was the case.

Using information from the Stockholm International Peace Research Institute, they compared Chinese and US arms sales between 1989 and 2008, and were surprised by the results.

"What we found out is that China does a lot lower trade with autocracies, particularly in Africa than the United States," Indra de Soysa told Deutsche Welle.

Egypt, which is an important ally for the US with regard to the Middle East, bought almost 90 percent of its arms from the US between 1989 and 2008.

It is also of vital importance to Washington that it has control over the trade route through the Suez Canal.

Selling where there is demand

China for its part sells arms to almost all countries where there is demand - even to Sudan, which the West has sharply criticized.

The study also shows that Russia sold five times as many arms to Sudan than China did between 2001 and 2008. 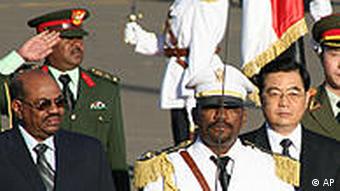 "We will not say the Chinese do not violate human rights," de Soysa hastened to make clear. "We are only saying that if you look at arms trade as a kind of foreign policy tool, then China is not using that tool in ways that are different to the US."

Deborah Brautigam, a political scientist at Washington DC's American University, thinks the study is imbalanced. She has criticized the fact that the information used for the study was based on the monetary value of arms rather than on their quantity or their destructive powers. American weapons are more expensive than Chinese weapons so the statistics are distorted.

She also said there would have been a very different picture if the study had not only focused on heavy weapons, such as tanks and missiles, as these do not have such a crucial role in Africa’s civil wars.

"We are talking about AK 47s and ammunition. And that’s how these wars are being fought – a lot of them with Chinese weapons. It's not just China of course. Ukraine and other parts of the former Soviet Union are also big arms suppliers to Africa."

Defence expert Otfried Nassauer at the Berlin Information Center for Transatlantic Security also said the results might have been different if there had been a clearer differentiation between "the years between the end of the Cold War and 2001, when China was not particularly active in Africa, and the following years when it became increasingly active."

Although he said it would have looked less rosy for China if the more recent period had been looked at in more detail, he did think that the study’s main argument that China’s impact on democracy and human rights in Africa is no more detrimental than the US's was plausible.

The world's most infamous arms dealer, Viktor Bout, could be extradited to the United States. Yet around the globe, most dealers operate with impunity because they supply the demand for a hot commodity: small arms. (05.10.2010)

Germany exported twice as many weapons and other military technology over the past five years, according to a Stockholm International Peace Research Institute report. (15.03.2010)

The Middle Eastern nation is making overtures to China that threaten to upend its long-running relationship with the United States. How serious is the rift?