China has again opposed the representation of Taiwan at the international stage after the US called for a more "meaningful" participation of the island in United Nations bodies. 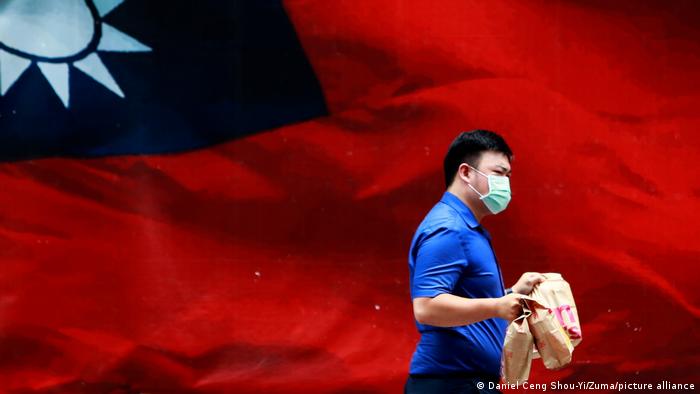 China on Wednesday insisted that Taiwan did not have the right to join the United Nations, as the United States backed the island's inclusion at the global diplomatic stage.

Beijing said the issue of Taiwan's representation at the UN level had already been resolved and it criticized Washington for raising the matter again.

"The United Nations is an international governmental organization composed of sovereign states... Taiwan is a part of China."

Taiwan, formally known as the Republic of China, is a self-ruled democracy that has had an independent government since 1949.

However, China considers the island to be its renegade province, which will ultimately be reunified, by force if necessary.

What is keeping Taiwan from joining the UN?

The Chinese Foreign Ministry on Wednesday said UN General Assembly resolution 2758 completely resolved the issue of the representation of China and Taiwan in the UN.

The 1971 UN resolution gave the China seat, held by Taiwan until then, to the government in Beijing.

"The UN system, the specialized agencies, and the secretariat should handle Taiwan-related affairs in accordance with the One China principle and the resolution," said Foreign Ministry spokesman Zhao Lijian.

A look at Beijing's pressure on Taiwan — DW's Richard Walker

"If the US continues to play the Taiwan card, it will surely bring game-changing and huge risks to China-US relations," Zhao said.

Taipei, on the other hand, argues that the resolution only deals with China's representation in the UN system, and not with Taiwan's status.

The Chinese reaction came a day after US Secretary of State Antony Blinken said he regretted that Taiwan had been excluded from the world stage.

"Taiwan's meaningful participation in the UN system is not a political issue, but a pragmatic one," Blinken said, in a statement marking 50 years since the UN General Assembly voted to seat Beijing and boot out Taipei.

"That is why we encourage all UN member states to join us in supporting Taiwan's robust, meaningful participation throughout the UN system and in the international community," he said.

"We'll continue to fight for our rights in international organizations," he said, adding that the situation was "growing more dangerous" with China's military and political intimidation of the island.

"We are determined to defend ourselves," the minister said.

Tsai Ing-wen also said she had "faith" that the US would defend the island during an interview with CNN. She was referring to comments from President Biden last week which broke with the standard US policy of so-called strategic ambiguity towards Taiwan's relationship with China.

Until 1971, China was represented in the UN by the government in Taiwan, where nationalist forces had fled after losing the civil war to the communists.

The United States also switched recognition to Beijing in 1979.

But at the same time, US Congress passed the Taiwan Relations Act, which obliges the US supply of weapons to the island for its self defense.

Are the US and China tiptoeing toward an Indo-Pacific Cold War?

After Washington said it will share highly sensitive defense technology with Australia in the name of securing a "free and open" Indo-Pacific, all eyes are on the region and China's response.

Taiwan has formally filed to join the trans-Pacific trade deal initially negotiated by the US. Intended to freeze China out, former President Donald Trump walked away from the deal — but now China and Taiwan want in.