A US naval delegation has paid an official visit to Beijing's lone aircraft carrier, Chinese media sources say. The move comes as tension ratchets up between the two regional powers. 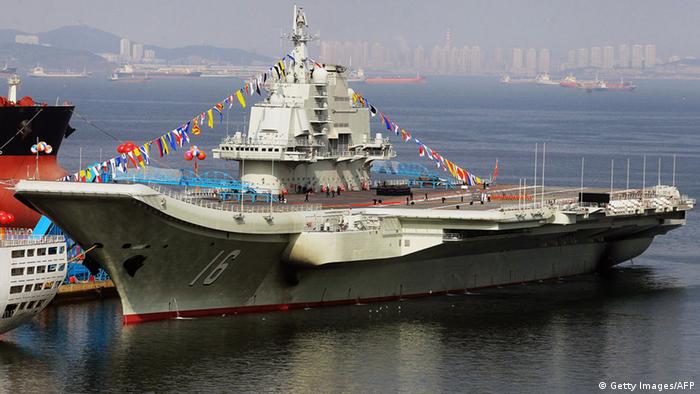 China hosted the US Navy representatives earlier this week, the country's media reported on Wednesday, amid growing concern that territorial disputes in the South China Sea are leading Beijing and Washington toward conflict.

The following day, US officials visited the navy's submarine academy.

The visit comes amid heightened tension between Beijing and Washington after a series of aggressive steps taken by China to assert its authority in the South China Sea.

Earlier this month, China announced it had built two lighthouses on the contested Huayang Reef, which is also claimed by Taiwan, Malaysia, Vietnam and other countries. Beijing lays claim to most of the South China Sea, something that has been repeatedly denied by Washington and its allies in the region.

The US government has called on China to halt its construction in the region and recently said it might sail its Navy ships in the vicinity of China's man-made islands, a provocative move from Beijing's point of view.

The official trip earlier this week has been interpreted as an attempt by both sides to ease tensions and increase military transparency.

The Liaoning, a refitted former Soviet aircraft carrier, has come to be seen by many as a symbol for China's increasing military might. Former US Defense Secretary Chuck Hagel participated in Washington's first official visit to the carrier in 2014.

Pacific allies the United States and Australia have issued a warning to China, saying they remain committed to freedom of navigation. That includes in the disputed South China Sea where China has built islands. (14.10.2015)

After parade of power, attention turns to China's military presence in the Pacific

Chinese President Xi Jinping has asserted that his country is not seeking regional hegemony. But China's show of power during a military parade to mark Japan's WWII surrender does not correspond to these claims. (03.09.2015)