Six decades after suppressing an uprising in Tibet, Beijing praised its development efforts and slammed the Dalai Lama's exile government. The US and others say China has overseen widespread rights abuses in the region. 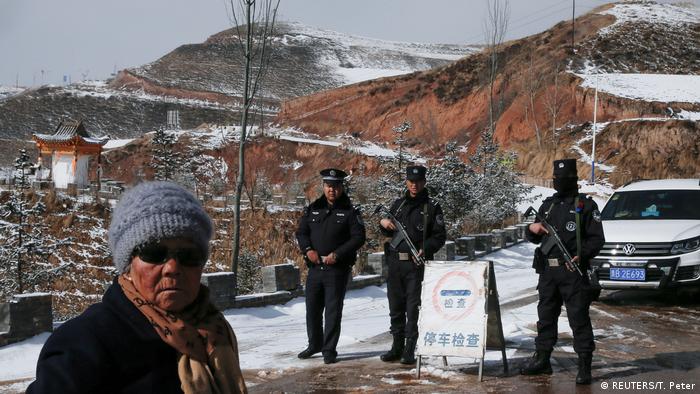 Chinese officials countered criticism over human rights concerns in Tibet on Wednesday, praising the efforts to modernize the region

The comments follow a US report that says China "systematically impeded travel" to Tibet and comes  ahead of the 60th anniversary of the Dalai Lama's flight into exile.

A rare glimpse inside Tibet

Inside the complicated politics of Tibet

"The Dalai Lama attacking our human rights totally has ulterior motives. He tramples on human rights, and has no right, no qualifications, and is unworthy of talking about human rights," he said.

"As for some countries slamming our human rights, they either don't understand or believe the Dalai clique's rumors and bewitchments," Norbu Dondrup added.

The Dalai Lama is 83-year-old the spiritual leader of Tibetan Buddhism, who Beijing views as a dangerous separatist. On March 31, 1959, he crossed the border into India following a failed uprising against Chinese rule in Tibet.

Concerns are growing over who will succeed the Dalai Lama when he dies. China has said the Communist Party must approve his reincarnation — and future ones. Last week, Dalai Lama told Reuters news agency that any successor named by China would not be respected and that his incarnation could be found in India.

On Monday, the US State Department released a report that said the Chinese government "systematically impeded travel" to Tibet for US diplomats and officials as well as journalists and tourists in 2018.

The Tibet issue has become one of many points of contention between Washington and Beijing. In December, US President Donald Trump signed off on a law that denies entry into the US to Chinese officials that are deemed responsible for restricting travel to Tibet.

The Tibetan spiritual leader told Dutch TV he has known about the sex crimes in Europe since the 1990s. He was presented with written accounts from 12 alleged victims from Belgium and the Netherlands. (16.09.2018)