China crackdown: How much pain can the economy take? | Business | Economy and finance news from a German perspective | DW | 07.10.2021

China crackdown: How much pain can the economy take?

Beijing has taken aim at its high-tech, energy and property sectors in recent months, spooking investors who were used to decades of unprecedented growth. How much self-inflicted pain can China's economy endure? 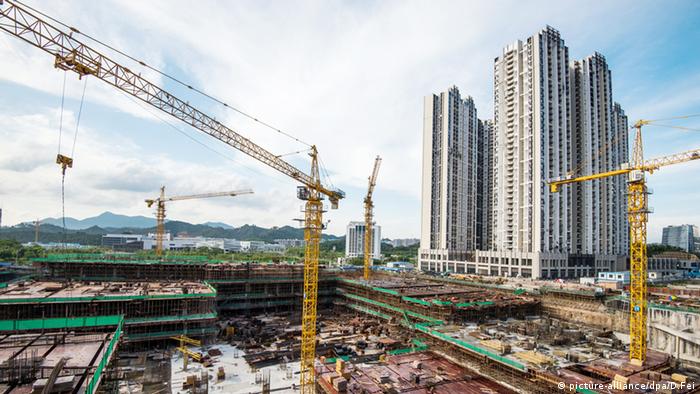 Reforms have cooled China's red-hot property market, but will they slow down much-needed economic growth, too?

The future of China's economic miracle has been preying on investors' minds this year in the wake of a far-reaching crackdown by Beijing on many of its key industries.

Billions of dollars have been wiped off the value of several Chinese technology firms as a result of new anti-monopoly and data security rules. Online shopping behemoth Alibaba and its peers have been hit particularly hard.

The curbs have been extended to many other areas of the economy, including the burgeoning cryptocurrency market, where transactions of digital currencies — including Bitcoin —  are now effectively illegal. The private education and energy sector have also not been spared.

Another recent move to weaken China's real- estate giants from excessive borrowing finally sank in last month, when the country's second-largest property developer by sales, China Evergrande, admitted that it was struggling to stay afloat under a $305 billion (€264 billion) debt pile. 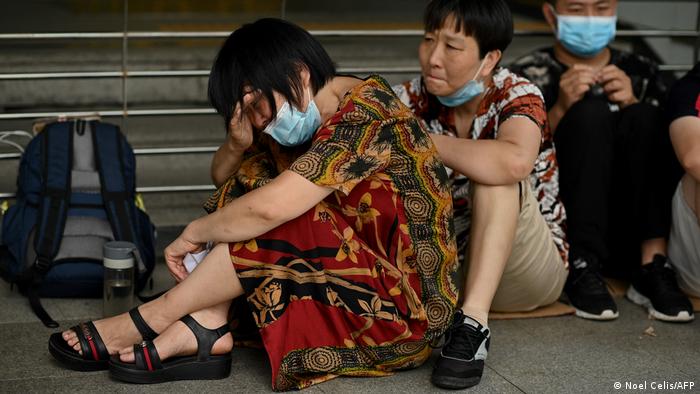 Hundreds of thousands of ordinary Chinese have poured their savings into Evergrande properties, and are now fearing a collapse of the company

The extent of the clampdown has raised questions about the best time to carry out such sweeping reforms — after all the Chinese economy is just recovering from the coronavirus pandemic. With the country's property boom — a major driver of economic growth — now under threat, some economists are asking how much financial pain Beijing is prepared to tolerate.

"It's remarkable how little they [Chinese policymakers] seem to have cared about growth," said Louis Kuijs, head of Asia Economics at the UK-based Oxford Economics, reflecting on the clampdown in a recent interview with the Bloomberg News service.

Often cited as the main reason for the new curbs is Chinese President Xi Jinping's power grab and concerns that the country's private sector is a growing threat to the Communist Party's authority.

Even so, while some firms have not been "toeing the party line," the need for stronger regulation has been "long overdue," Steve Tsang, director of the China Institute at the SOAS University of London, told DW.

"The China tech sector has been operating a bit like the Wild, Wild West," Tsang said, while the real estate market has been "out of control" for many years.

Property has, for decades, been seen by the Chinese public as the safest place to invest, but the boom has also left tens of millions of people struggling to afford to buy their own homes.

Xi has vowed to narrow the wealth gap that has seen apartment prices in the capital Beijing reach 55 times average incomes, according to data by Rushi Advanced Institute of Finance. Xi promised during a speech in August to create a more "common prosperity" and that he planned to "adjust excessive incomes."

Acknowledging that the business reforms have weakened the "innovative capacity and dynamism," of China's private sector, the crackdown was still not an act of intentional self-harm by policymakers, Tsang said, although there has been an "economic price to pay."

The US think tank Atlantic Council and consultancy Rhodium Group have warned that China risks slower growth if it continues to weaken its private sector. In a groundbreaking report published on Tuesday (October 5) they said Beijing must do more to spur market competition and allow the private sector to play a bigger role in the economy.

The recent crackdown, however, has raised the prospect of stronger state control in the years to come, the report added.

The authors said even those pundits who were optimistic of China's repeated promises to open up its economy were "shocked by resurgent state ownership and extralegal influence ... the overnight shutdown of entire sectors, the unexpected nationalization of private data, and overreach by state planners in shaping the market structure of tomorrow."

"Without a market-oriented shift, China will struggle to maintain a growth potential that exceeds 3% annually by the middle of this decade," the report warned.

China has estimated that its economy would grow at least 6% in 2021 after just 2.3% growth during pandemic-hit 2020. But there are signs the post-COVID rebound has lost momentum and that the crackdown is already hurting growth.

Factory output, retail spending and construction investment fell over the summer, while the property market has "cooled significantly in the third quarter," according to the Shanghai-based E-house China Research and Development Institution.

Kuijs told Bloomberg that fourth-quarter data will confirm the economy is slowing down fast, sparking a U-turn by policymakers to prioritize growth again.

'Anything could be targeted' in China's investment crackdown

Much pain for little gain?

Evergrande's woes — having received down payments on 1.4 million properties that have yet to be built — have not yet been sufficient for Beijing to consider a bailout. Despite promising to tackle inequality, policymakers appear unwilling to protect hundreds of thousands of Chinese investors from financial ruin, for now.

"The Chinese government is not really that interested in whether Evergrande survives or not," Tsang said. "But they do have a very strong vested interest in the real estate market not crashing. So they will almost certainly intervene if the property market is at risk of collapse."

Tsang is concerned about the lack of policy debate within the Communist Party since Xi's power grab, which began in 2017, which he said has exposed a lack of foresight about the potential impact of the reforms.

"Nobody is going to overrule Xi Jinping. That is the problem with the policymaking model," he said. "Most officials just go along with what the boss says."