Amid growing tension in the Korean peninsula, China proposed on Wednesday that North Korea could suspend its nuclear and missile activities in exchange for a halt of the military drills held by the US and South Korea. This could be a first step to prevent a "head-on collision," Foreign Minister Wang Yi said.

"The two sides are like two accelerating trains coming toward each other with neither side willing to give way," Wang told reporters. "Our priority now is to flash the red light and apply the brakes on both trains."

"This 'suspension for suspension' can help us break out of the security dilemma and bring the parties back to the negotiating table," he said.

Pyongyang shot four ballistic missiles towards US bases stationed in Japan on Monday, with all four hitting the ocean, three close to the coast in exclusively Japanese held waters.

Last week, Seoul and Washington began their annual joint military exercises. While the two countries see these drills as purely defensive, North Korea views them as a provocation and a preparation for a war against the country.

A planned missile defense system in South Korea is also the source of friction in Northeast Asia. The US Pacific Command announced on Monday that Americans had begun deploying the so-called Terminal High Altitude Defense System (THAAD). THAAD is meant to shoot down North Korean missiles aimed at its Southern neighbor. Not only Pyongyang opposes the joint project by the US and South Korea, but also Bejing. China believes that the system could reach into its territory and thus threaten its security interests. 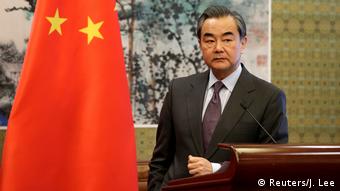 The UN statement urged all 193 member states "to redouble their efforts to implement" the sanctions against North Korea. The Security Council vowed to closely monitor the situation and to "take further significant measures."

Starting in 2006, the UN has imposed increasingly tougher restrictions, including an arms embargo, on the Kim regime to punish the country for developing nuclear weapons and missiles. 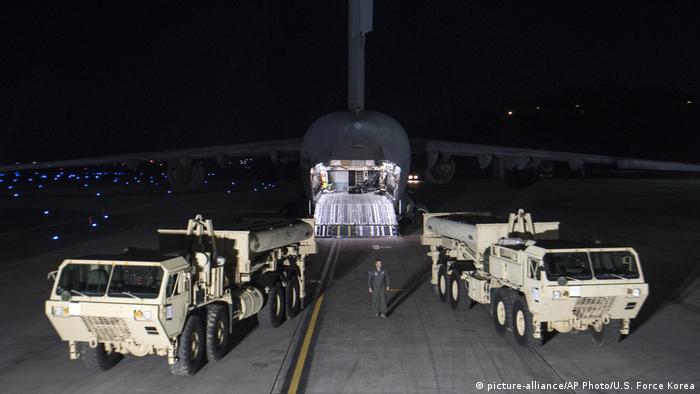 On Monday, the US released photos showing the trucks carrying parts needed to set up the THAAD missile defense system

The council will hold a closed door meeting later on Wednesday to be briefed on the latest North Korean missile launches.

A recent report by a UN panel of experts raised questions about Bejing's commitment to the sanctions. According to the paper, North Korea set up front companies in other countries to circumvent the restrictions, most notably in China and Malaysia.

Nuclear conflict with North Korea: a spiral of repeated failure

North Korea carries out a nuclear test; the UN imposes sanctions; North Korea repeats its actions. This cycle has been repeated for 10 years now and has so far proved impossible to break. (09.10.2016)

Pyongyang has temporarily barred all Malaysian citizens from exiting North Korea in a row over the assassination of the brother of Kim Jong Un. In turn, Malaysia banned Pyongyang's diplomatic staff from leaving. (07.03.2017)