Clubhouse app shows Chinese people′s willingness to talk taboos | Asia | An in-depth look at news from across the continent | DW | 10.02.2021

Despite the short-lived opportunity to connect with the outside world, some believe the Clubhouse experience shows that there are people in China willing to discuss contentious issues affecting politics and society. 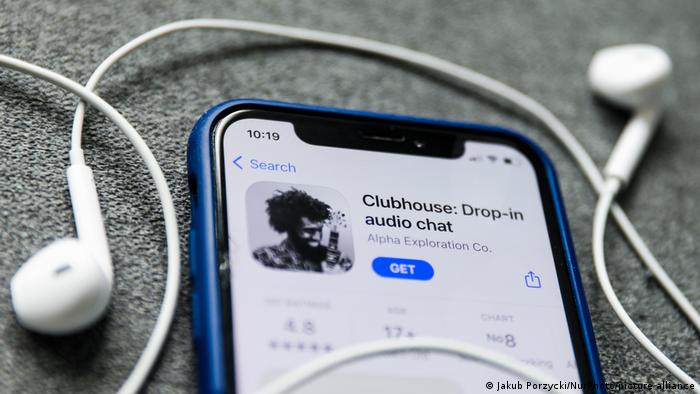 One can easily come across debates between Chinese users and users from other parts of the world on topics such as Hong Kong, Taiwan and the reeducation camps in western Xinjiang province.

For activists and observers outside of China, Clubhouse offered a rare opportunity to engage in genuine dialogue with people in China. The "Great Firewall" set up by China's government often prevents such discussions from taking place.

"I think a lot of these rooms achieved the effect of reconciliation, as people from China and other communities exchange views and opinions in a genuine and rational way," Badiucao, a Chinese-Australian artist, told DW. "I think the format of these discussions is really great."

The exchanges were short-lived, however, as users in China documented in screenshots of error messages that they had received when they tried to log into Clubhouse late on Monday. Shortly after that, chat rooms talking about the ban began to emerge on Clubhouse after some users in China reentered app through VPN, a tool that many people rely on to access foreign websites or social media platforms banned in China.

"While most of us knew the ban was coming, I still felt sad that one of the very few channels for us to interact with people from other parts of the world in a genuine way has been closed abruptly," said one Chinese user in a room.

Some experts view the ban as the Chinese government's attempt to prevent people in China from connecting with global citizens on the other side of the Great Firewall.

"This is what the Chinese Communist Party (CCP) is censoring: our ability to resolve conflict through dialogue and conversation," wrote Lokman Tsui, an assistant professor at the School of Journalism and Communication at the Chinese University of Hong Kong.

'We have a coalition'

Despite the ban, many are still celebrating what they view as a positive and "marvelous" moment on Clubhouse.

"Many users on Clubhouse are people that I normally can't engage with on other social media platforms and seeing so many people from China willing to express their opinions is very encouraging," the artist Badiucao said.

Rayhan Asat, a Uighur lawyer who began to advocate for her brother after he was sentenced to 15 years in jail by the  government, joined a room on February 7 to talk in Mandarin about China's persecution of the Uighurs. She said there were some Han Chinese users who explained why they could understand what the Uighurs were going through over the last few years, which made her feel touched.

"When some users asked inappropriate questions in the room, some Han Chinese users came out to defend the Uighurs, which was quite touching," Asat said. "Over the last two days, I realized that since Han Chinese people and Uighurs live within the same system in China, the exchanges that we have on Clubhouse made me feel like we have a coalition. Those Han Chinese users wanted to speak up for the Uighurs, but they are also afraid of being persecuted by the Chinese government."

Asat also pointed out that the Han Chinese users' willingness to help the Uighurs also made her understand why the Chinese government has tried to suppress all kinds of discussions related to the re-education camps in Xinjiang over the last few years.

"Some Han Chinese users kept asking us how they could help us, but at the same time, they were worried that they might fall into danger," she said. "These Han Chinese users need to first think about their personal safety so they can't really publicly speak up for the Uighurs."

Nevertheless, there are some security concerns regarding the technologies used by the app. Badiucao pointed out that since Clubhouse asks users to register with a phone number and share their list of contacts, it could lead to serious security concerns.

"So far, users can only join Clubhouse through invitation, so every user's contact network can easily be breached by the Chinese government if the authorities seize their device," Badiucao explained. "Additionally, since Clubhouse uses audio technology from the Chinese company Agora, it is worth keeping an eye on whether the company will comply with the Chinese government's requests for cooperation or not," the artist added.

"If Agora can't refuse to comply with the Chinese government, it could also potentially create serious security concerns."

Wang Yaqiu, China researcher at Human Rights Watch, referred to the incident of Zoom blocking users in the US from organizing an event commemorating the Tiananmen Square Massacre last year as an example.

She said since Clubhouse is an American software, if its operation in China triggered controversy, it might face investigation in the US.

"If Clubhouse cooperates with the Chinese government, it will damage their reputation," she said. 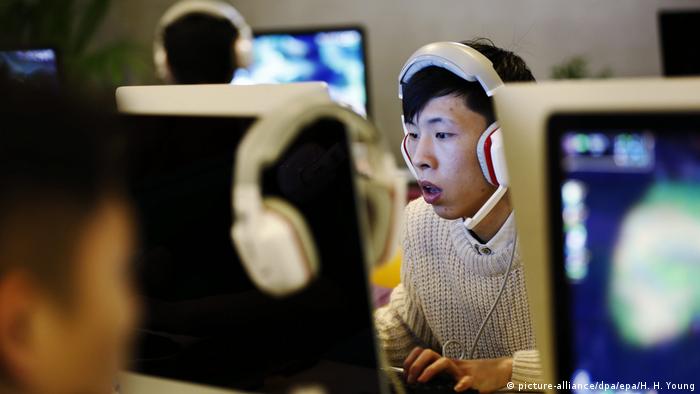 App allowed users in China 'to be seen'

Wang and Badiucao say that the outside world should view the emergence of Chinese Clubhouse users positively because it proves that China is not as "impenetrable" as the world thinks it is. Badiucao thinks that users from China prove that there are many Chinese people who have a clear understanding of their own country and they are also very socially and politically aware.

"If China were a pressure cooker, when Clubhouse showed up, it was like someone had lifted the air valve, allowing a high-pitched noise to travel across the world," Badiucao said. "The government's hand has closed off the air valve, but Clubhouse proved that not everything is as smooth-sailing as Beijing  describes the country. Rather, there are a lot of resentments and contradictions in Chinese society."

HRW's Wang said it might be surprising for some to see so many liberal Chinese users on Clubhouse. She stresed that there are in fact many Chinese citizens who feel compelled to speak publically about sensitive topics like re-education camps in Xinjiang but fear persecution.

"Clubhouse allows these Chinese users to be seen, and I hope people from Taiwan, Hong Kong, and the whole world can understand that these people have always been there, and they were unable to publicly comment on sensitive topics due to concerns about the underlying risks," she said.

Following the arrest of pro-democracy Cardinal Joseph Zen, some Catholic community members in Hong Kong worry the government may now shift the focus of its crackdown to the religious community.