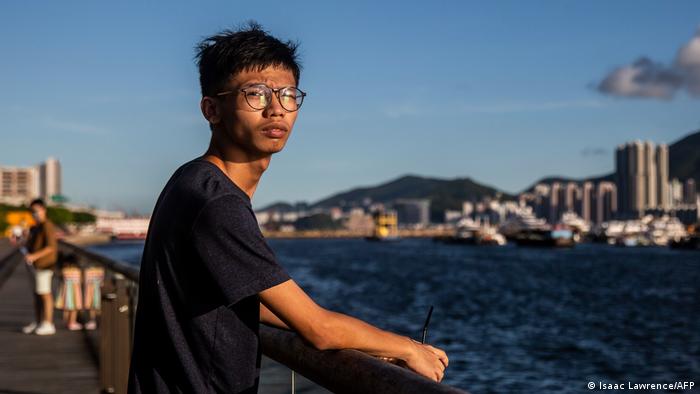 Former student group leader Tony Chung has been arrested in a coffee shop near the US consulate in Hong Kong. Democracy advocates have said they were in the process of trying to arrange for him to enter and apply for asylum.

Police have confirmed the arrests of two men and a woman, aged between 17 and 21. The pro-independence student group Studentlocalism said that three of its members, including Chung, had been detained. 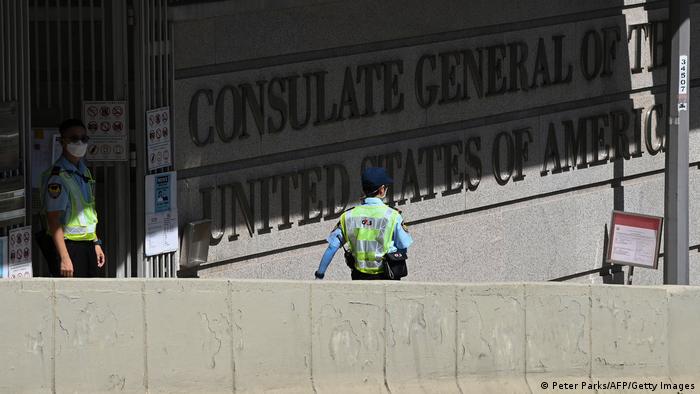 According to the South China Morning Post newspaper, Chung was arrested inside a branch of Pacific Coffee close to the consulate.

A group calling itself Friends of Hong Kong sent a statement to media on Tuesday, saying that its members were trying to arrange asylum for Chung.

The charge of inciting secession is one of four new laws introduced in Hong Kong in late June — directly by the government on the mainland in Beijing — after months of huge and sometimes violent pro-democracy protests.

The new rules also outlawed acts deemed to be "subversive" or "terrorist" in nature, as well as collusion with foreign forces in the former British colony, handed back to China in 1997.

In recent months, the changing situation in Hong Kong has prompted more and more residents to seek asylum overseas.

The new law also allows Chinese security agents to operate openly inside the supposedly semi-autonomous territory, based in a requisitioned hotel.

'CCP is no friend of democracy': Pompeo

The Hong Kong arrests coincided Tuesday with a visit to India by US Secretary of State Mike Pompeo, an outspoken critic of China's ruling Communist Party (CCP).

"Our leaders and our citizens see with increasingly clarity that the CCP is no friend of democracy, the rule of law, transparency, nor to freedom of navigation — the foundation of a free and open and prosperous Indo-Pacific," said Pompeo.

His visit to New Delhi, accompanied by US Defense Secretary Mark Esper, followed talks in Tokyo also involving India, Japan and Australia, a group being billed as a new counterweight to Chinese ambitions in the region.

Pompeo was also due to visit Sri Lanka, where the Chinese Embassy denounced a warning to be wary of Chinese investment issued last week by Dean Thompson, the top US diplomat for South Asia.

Those US comments, said the embassy, violated diplomatic protocols. The embassy also asked whether they were "in the interests of the Sri Lankan people."

Colombo has depended on China for loans and diplomatic outreach, particularly in 2009 during the final months of its decadeslong civil war that ended with the conclusive and violent defeat of Tamil rebels.