General Juan Emilio Cheyre has been convicted for his involvement in the notorious Caravan of Death. He is the most senior figure to be convicted for crimes under the 1973-90 military dictatorship. 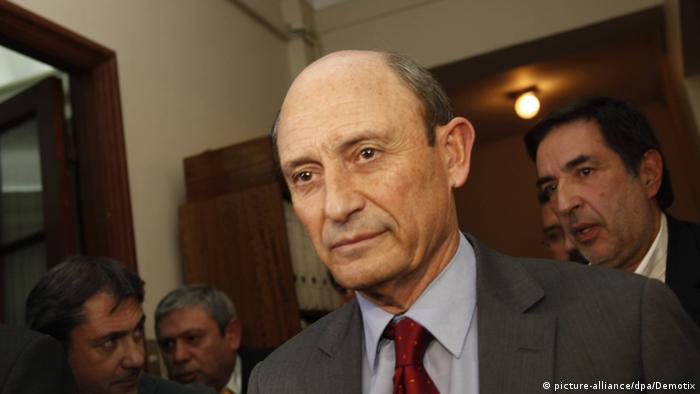 A Chilean court on Friday convicted the country's former army chief for his role in the killing of 15 people following the 1973 military coup.

Juan Emilio Cheyre, 71, was handed a three-year-and-one-day sentence under house arrest for his involvement in the so-called Caravan of Death.

The Caravan was a military unit sent out by General Augusto Pinochet to kill left-wing opponents in the month after he ousted President Salvador Allende in a coup in September 1973.

Cheyre was an officer at the time stationed with an infantry regiment in La Serena, 290 miles (470 km) north of Santiago.

Ariosto Lapostol, then the commander of the regiment in La Serena, was also sentenced by the same court to 15 years in prison for several counts of murder.

The dictatorship ended in 1990 and Pinochet died in 2006. He was never punished for human rights abuses committed during his rule. Cheyre served as commander-in-chief of the army from 2002 to 2006.

Cheyre is the most senior figure to be convicted in connection with abuses committed during the 1973-90 military dictatorship.

An estimated 3,200 people were murdered and another 28,000 tortured by the state during the Pinochet era.

The ICJ has ruled in a century-old debate between two South American neighbors over one controversial coastline — and the ruling is not to Bolivia's liking. Chile and Bolivia have butted heads over sea access since 1904. (01.10.2018)

Twenty former Chilean intelligence agents have been jailed over forced disappearances during the Pinochet dictatorship. The crimes were committed under Operation Condor — a secret campaign to wipe out the opposition. (22.09.2018)

A Chilean judge has charged ten former military officers with the killing of folk singer and political activist Victor Jara. The popular singer was killed days after dictator Augusto Pinochet came to power in 1973. (23.07.2015)