Check-up for the Internet

The Internet Health Report, released as a draft earlier this year, assesses positive and negative developments of the Internet. Solana Larsen from the Mozilla Foundation talked to #mediadev about the open source project. 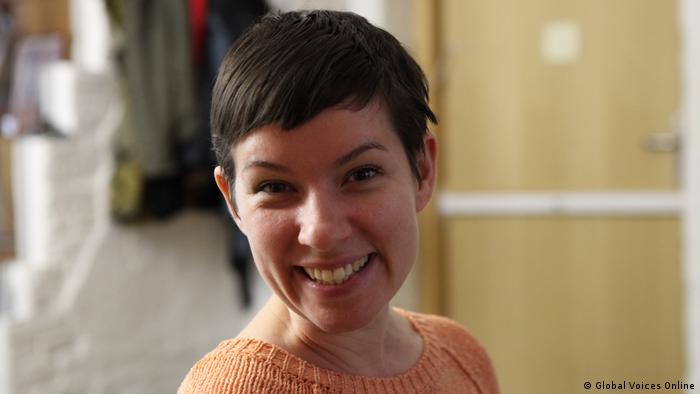 Solana Larsen is editor of Mozilla Foundation’s Internet Health Report. The project assesses whether Internet developments are having a positive ("healthy") or negative ("unhealthy") effect on users. The report is to be released annually as of March 2018.
Among the many "healthy" aspects, says the initial report, is the fact that anyone can create their own website and that people are increasingly sharing, remixing and forwarding content online. But it lists as "unhealthy" the fact that just a few tech companies like Facebook, Amazon or Apple are dominating the global Internet sector, for example, or that people who live in wealthy countries have greater access to the Internet than those who live elsewhere.

#mediadev: Why are you assessing the Internet in terms of health?

Solana Larsen: We're beginning to think about the Internet as an ecosystem that can be healthy in some parts and unhealthy in others. The Internet Health Report is an attempt to try and define this through an open process that involves people who research the Internet in different parts of the world. We're trying to evolve our understanding of what needs to be done over time according to what we have been able to accomplish and how technology develops.

Are you at a point where you can say what is healthy and what is not?

This is a work in progress. It's important to highlight and talk about both sides. There are a lot of negative headlines about the Internet, about the risks you face, about challenges that face a free and open Internet. But I think we talk less about things that people are accomplishing to make the Internet better. Our project is partly a communications project and partly a research project to understand how people's understandings and feelings about the Internet are evolving.

The project is community-based, it’s an "open source" collection of ideas. What do you mean by this?

Normally you speak about "open source" in terms of software. This is open source in that we're trying to make clear that we don't have all the answers and that we're trying to start a conversation about how to do these things together. The answers may be slightly different depending on where you are in the world. Questions will be different depending on your personal relationship to the Internet. We are trying to present a global overview with the report. We're looking  back at what we have accomplished over the years but also looking to the future – to what our position should be about the technological changes likely to come. We're compiling research from a lot of different sources and working together with people who are interested in these topics to discuss and evolve and figure out what the report should contain.

Have you already developed a set of indicators?

We released a kind of draft of the report in January 2017 and the next version will come out in March 2018. In May we asked people to contribute their ideas in an open forum regarding what they feel the best indicators are for measuring Internet health. We have also released a list of topics that we will definitely return to every year. We know, for instance, that every year we want to feature something about freedom of speech and surveillance and we want to look at online harassment, infrastructure and Internet resilience. We are also interested in including something about the environmental aspect of the Internet.

Who will decide which indicators to apply?

This time we had an open forum process where 800 people voted and added suggestions. We then had a team of research advisors to make sure we had some qualified input from regions. We also worked with a lot of people from different Mozilla teams. So it's a consensus-based process. There is plenty of room for discussion.

Who is the report aimed at?

The project is meant to be a resource for anyone who want to gain a better understanding of the Internet, especially from the perspective of what can be done to make it healthier. We introduce readers to people and projects worldwide that are actively contributing to a better Internet ecosystem.

Interview: Alexander Matschke/ hw
This interview has been edited for clarity and brevity.

It's not enough for the media to simply report on how the digital world is changing – journalists also need to stand up for digital rights, for all of our sakes. (06.06.2017)

With governments increasingly pulling the plug on Internet and social networks during critical periods such as protests and elections, it's time to get informed about Internet shutdowns. (12.12.2016)