Ninety-four days after their last competitive fixture, Mönchengladbach are set for one of the biggest of the new season. Swiss side Young Boys stand between them and a spot in the Champions League group stage. 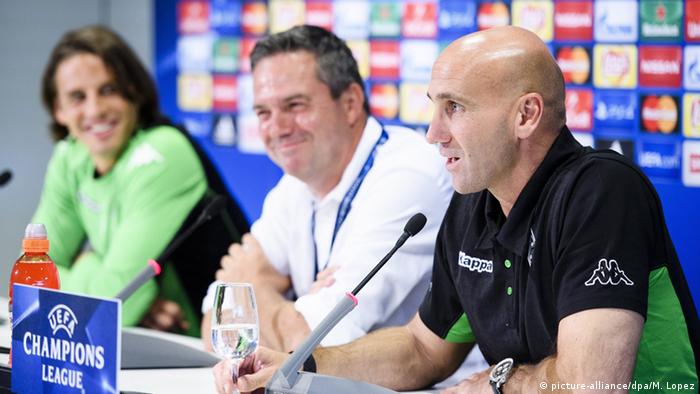 Bern, the de facto capital of Switzerland, needs little introduction to Borussia Mönchengladbach. It was here 62 years ago that West Germany stunned the world to win the 1954 World Cup against Hungary. While there is no danger of this one being dubbed the "Miracle of Bern," the first leg of this playoff tie could be a season-defining clash for Gladbach as they aspire to advance to the group stage of Europe's premier club competition.

The Foals, fourth in the Bundesliga last season, have been forced to make changes to the squad over the summer. Granit Xhaka signed for Arsenal and Havard Nordtveit moved to West Ham on a free transfer. Sporting director Max Eberl has added wisely to their squad with Jannik Vestergaard and Christoph Kramer joining for a combined 27 million euros ($30.4 million). The two most expensive transfers in the club's history will be expected to deliver - and fast.

Andre Schubert, head coach since last September, has stamped his mark on this side. The 45-year-old prefers a back-three, a defensive tactic that he plans to carry into this season. Mahmoud Dahoud has become a regular feature in midfield, while Lars Stindl is the club's new captain following the departure of Martin Stranzl.

"It doesn't bother me if people see us as the favorites," Schubert told reporters. "In such situations, you may be favorites as you are a Bundesliga side, but in the previous round Shakhtar Donestk were favorites and were knocked out by Young Boys."

Opponents Young Boys finished second in the Swiss Super League last season and have competed in either the Champions League or Europa League in each of the previous 11 seasons. As a non-champion in the new qualifying structure of the tournament, Adi Hütter's side are facing a mammoth task as they seek to reach the lucrative group phase. 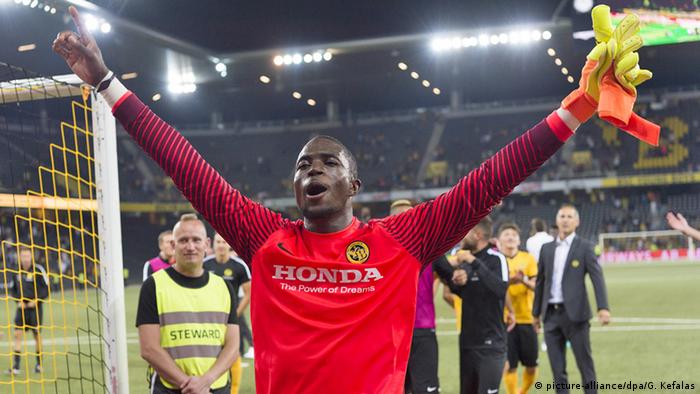 Taking the scalp of the Ukrainians, a staple diet of European club football for the past decade, was a major milestone for Young Boys. The Swiss team were two goals down after the first leg, but a double from Japanese striker Yuya Kubo secured a second bite at the cherry for Hütter's side. Strikes from Kubo and Guillaume Hoarau, who scored 18 goals last season, sent Young Boys through on penalties.

"The have a very compact side and some good individual players. To knockout Champions League regulars like Shakhtar Donetsk says it all," added Gladbach coach Schubert.

Not only will Gladbach be facing a side that defeated Shakhtar, but they will also have to contend with playing on an artificial surface at the Stade de Suisse.

"We are prepared for everything. It's a real challenge to go straight from zero to 100 tomorrow (Tuesday). We need to accept the conditions - the atmosphere in the stadium, the artificial pitch - we want to be prepared," Schubert said, while goalkeeper Yann Sommer added: "Playing on an artificial surface is completely different. We just need to be careful."

The second leg of their playoff is scheduled for August 24 in Mönchengladbach.

Other Champions League playoff round qualifiers:

Borussia Mönchengladbach to meet Switzerland's Young Boys in playoff round

The Foals will meet the Swiss side over two legs, with a place in the lucrative Champions League group stages at stake. Andre Schubert's men will head to Bern on August 16 before the return leg takes place a week later. (05.08.2016)