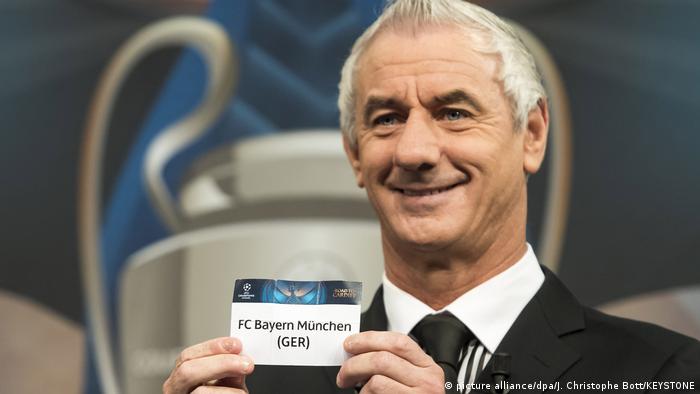 Bundesliga champions Bayern Munich are to meet Real Madrid in the quarterfinals of the UEFA Champions League. Friday's draw in the Swiss city of Nyon also saw Borussia Dortmund drawn against Monaco of France's Ligue 1.

This means that the two Bundesliga teams will start their quarterfinal ties at home, with the first legs to be played on April 11 and 12 and the return matches to be held on April 18 and 19. It also means that Bayern head coach Carlo Ancelotti will be facing his former team, who he led to the 2014 Champions League title.

On their way to that trophy, Real beat Bayern 1-0 at home in the first leg of their semifinal tie before hammering 4-0 away in the second leg - the Bavarian side's heaviest European home defeat. The two teams have already met 22 times in European competition.

"Of course it will be a special game," Ancelotti told reporters at a press conference in Munich shortly after the draw was made. "It will be exciting for me to return to Madrid, but it is a football match and we want to be the better team against Real Madrid." 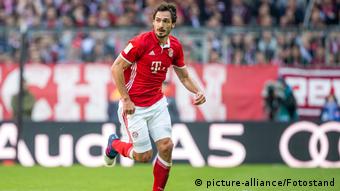 Bayern will head into the quarterfinal full of confidence after having easily swept away Premier League side Arsenal in the round of 16.

A new opponent for Dortmund

In Monaco, Dortmund were arguably luckier in the draw than Bayern, but the principality side are top of Ligue 1. Dortmund's CEO, Hans-Joachim Watzke, said BVB were not unhappy to be drawn against Monaco, a side that they have never faced in Europe before.

"We wanted to avoid Bayern Munich, so to this extent it is good," Watzke said.

Dortmund reached the quarterfinals by overcoming Portuguese side Benfica.

The other quarterfinals will see Atletico Madrid meet English Premier League champions Leicester City and Juventus face Barcelona, a match in which the Italian side will be looking to avenge their defeat against the Catalans in the 2015 final.

The semifinals of the Champions League are to be played in the first and second weeks of May, with the final to be held at the Millennium Stadium in Cardiff on June 3.

Just hours after overcoming Bundesliga rivals Borussia Mönchengladbach in the round of 16, Schalke on Friday drew four-time European champions Ajax in the quarterfinals of the Europa League. The Gelsenkirchen side, who have had a disappointing Bundesliga campaign and are out of the German Cup, are hoping to seize their last chance for success in 2017 by duplicating the feat of the Schalke side who were dubbed the "Eurofighters" on their way to winning the 1997 UEFA Cup.

Manchester United will have to overcome Belgian side Anderlecht if they are to reach the last four. Lyon, who eliminated Roma in the previous round, face Turkish side Besiktas, while Spain's Celta Vigo meet Genk of Belgium. The quarterfinals are to be played on April 13 and 20.

The final is to be played in Stockholm on May 24.