With Erling Haaland still out, Borussia Dortmund needed inspiration from elsewhere to beat Sporting in the Champions League. They got it from their attacking Dutchman. 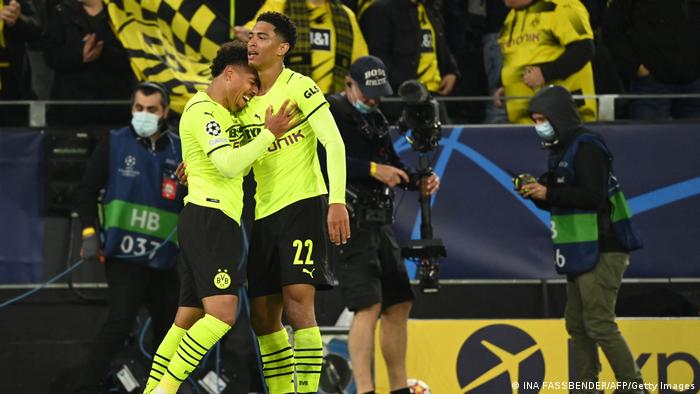 Donyell Malen let out a shout full of joy, and perhaps a little relief. After 523 minutes, he finally had his first goal for Borussia Dortmund.

Having been denied by the post (and the offside flag) and then by another offside call, Malen looked set to have another frustrating night.

Instead, the 22-year-old Dutchman angled a smart finish into the far corner to end his goal drought and decide a solid if unspectacular game against the Portuguese champions.

"I thought he wanted to square it looking at it first time but it's actually an ice-cold finish," Mats Hummels told Amazon afterward.

"We won the game without Erling [Haaland] today and that was important... Dony scored his first goal, that's good for him," Marco Rose said to Amazon afterward.

But against Gladbach, with Erling Haaland out, Malen and Dortmund's attack failed to inspire. With Haaland still out, and the floodlights on for a home European game, it felt like an appropriate moment for Malen to announce his arrival with a game-changing performance.

That didn't come. There were no jinking runs or dizzying dribbles from the man coached by Dennis Bergkamp and Thierry Henry in his youth. It was just the goal and the two others that were chalked off for offsides before he was brought off with 15 minutes to go.

But one goal can make all the difference. The 55 he scored at PSV led him to Dortmund, and into the Dutch national side. The one tonight won Dortmund the game and kept them perfect in the Champions League. More importantly, it will have relaxed Donyell Malen. The Dutchman has had his moment. Now he can just play.

The top Bundesliga transfers ahead of the new season

As the Bundesliga kickoff approaches, the league will be without David Alaba and Jadon Sancho. But there is plenty of intrigue about new arrivals such as Donyell Malen and Lukas Nmecha.