Champions League: Borussia Dortmund fired up ahead of Monaco visit

Off the back of a series of scintillating Bundesliga displays, Dortmund are set to host Ligue 1 side Monaco in Group A. The visitors, on the other hand, will welcome a break from their domestic woes. 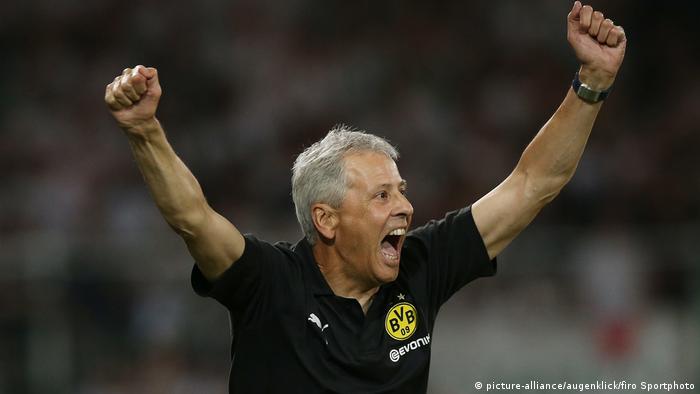 "This is a good opponent regardless of their league position," insisted Lucien Favre ahead of Borussia Dortmund’s Champions League tie with Monaco on Wednesday evening. "In their 2-0 loss at the weekend, they had seven clear scoring chances."

It’s his duty to be respectful, of course, but it’s unlikely the Swiss coach is genuinely contemplating defeat, given the visitors' travails in Ligue 1 this season. After eight domestic matches, Monaco find themselves 18th in the table with just a solitary win to their name.

By contrast, Dortmund are playing with the kind of fizz fans had almost forgotten was once their bread and butter. It was cheeky that Favre chose to mention Monaco’s seven squandered chances given his own side scored that many in the league only last week. Following their brutal thrashing of Nuremburg, a dramatic 4-2 comeback win against Leverkusen at the weekend also revealed a soft underbelly at the back. But, in this form, Dortmund are simply too much for their opponents going forward. 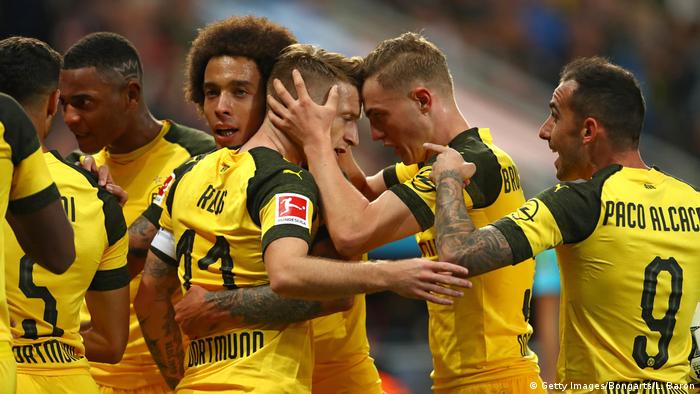 Marco Reus celebrates with his teammates during Dortmund's win over Leverkusen on Sunday.

"It certainly helps that we won 7-0 in the last home game but I would say coming back from 2-0 down to win 4-2 helps us even more and improves the togetherness in the team," the coach said.

Favre has been credited with bringing attacking swagger back to the Signal-Iduna-Park this season. They really have been phenomenal at times; club captain Marco Reus, the nucleus around which a clutch of gifted youngsters  have been wreaking havoc. In 20-year olds Jacob Bruun Larsen and Christian Pulisic, and 18-year old Jadon Sancho, Dortmund once again boast the finest young attacking talent in Germany's top flight.

For Favre, however, defense is the key focus ahead of Monaco’s visit.

"We are not talking about the attack currently. We are focused on playing football.," he explained, before heaping praise on a player who has been flying under the radar.

"Roman Bürki has been excellent. He’s made a lot of important saves this season."

While the BVB goalkeeper has been much improved this season, Favre’s attempts to divert attention away from his promising forward line is fooling nobody.

Monaco’s attacking players, on the other hand, were a point of discussion at the Dortmund coach's prematch press conference. Monaco’s midfield and attack have undergone a number of changes in recent years, with the club falling victim to its own success on the European stage.

"Obviously, a lot of players left Monaco over the years. Mbappe, Moutinho, Fabinho, etc. sometimes a single player can make the difference," said Favre, who knows Monaco well from his days with his previous employer, fellow Ligue 1 side Nice. "You lose one player and you find yourselves in eighth rather than first, for example."

A win would put Dortmund in a commanding position in Group A, with a tricky home fixture against Ateltico Madrid next up. The Spanish side are unlikely to drop points at home to Club Brugge, meaning a win is necessary to keep pace in a bid to top the group.

Dortmund will be without Japanese international Shinji Kagawa, with Favre confirming the playmaker was carrying a slight injury.

Not keen on reflecting on attack

This fixture will mark the return of Monaco to Dortmund for the first time since they traveled there for a Champions League quarterfinal match on April 11, 2017. That game was postponed for 24 hours after an attack on Dortmund's team bus while it was on the way to the Signal-Iduna-Park for the match. Then-Dortmund defender Marc Bartra and a policeman were injured in the bombing.

More than a year later, though, it seems that Dortmund are keen to put the incident behind them and just focus on Wednesday night's match.

"Of course it is a special game, because it's a Champions League game," Bürki replied when asked about the significance of the match.