A point against Bruges on Wednesday night will be enough to see the Bundesliga table toppers into the next round of the Champions League. A win would put them on course for top spot. Elsewhere, Schalke travel to Porto. 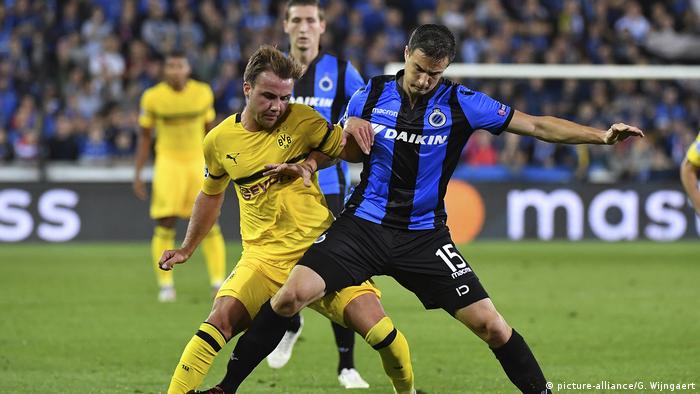 "When is he going to get a chance to start?" That's the question on everybody's lips in Dortmund when it comes to Paco Alcacer, the Spanish striker who has quickly earned a reputation as a super-sub.

Since arriving on loan from Barcelona at the start of the season, eight of the 25-year-old's ten goals for Borussia Dortmund have been scored off the bench – the most ever scored by a Black and Yellows' substitute.

The latest came just 150 seconds after being introduced in the second half against Mainz on Saturday, and less than 24 hours after the club announced they would be paying €21m ($23.7m) plus add-ons to make his loan deal permanent.

But Alcacer's super-sub reputation – or "Joker," as it's known in Germany – doesn't extend to the Champions League, where he has started both games for which he has been fit. And that looks likely to continue on Wednesday night against Club Bruges as Dortmund look to secure qualification for the knockout round. 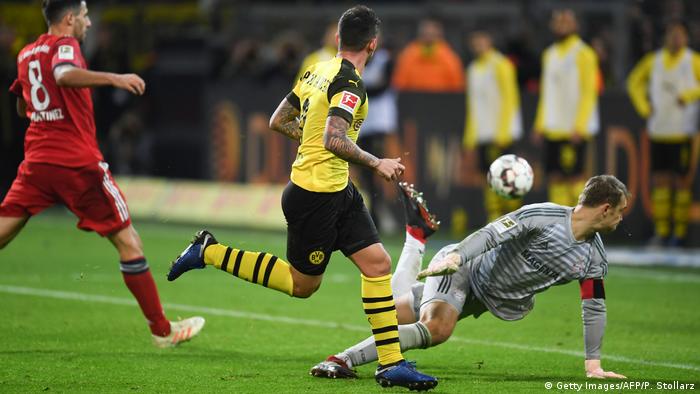 Paco Alcacer has been deadly off the bench for Dortmund

"It's important to finish it off on Wednesday," said Marco Reus, emphasizing that he and his teammates are keen to avoid travelling to Monaco in their final Group A game in need of a result.

Coach Lucien Favre is expected to rotate against the Belgian champions – American international Christian Pulisic started Dortmund's last two Champions League games and is likely to do so again – but captain Reus is a guaranteed starter.

And no wonder; averaging just 69 minutes per goal or assist this season, the local lad is in the form of his life. After a "tour of suffering," as kicker magazine described Reus' injury-plagued career, everything is clicking into place for the 29-year-old.

Not only is he playing in his favored central position behind the striker under his favorite coach, he's also fully fit again. After featuring in only 68 per cent of games since returning to BVB from Borussia Mönchengladbach in 2012, Reus has played a part in 94 per cent of games this season. Things are going well off the pitch as well, with partner Scarlett expecting the couple's first child in February.

Nevertheless, Reus is expecting another tough game against Bruges, who frustrated Dortmund for long periods when the two sides met in Flanders back in September. "They're an uncomfortable opponent," he said. 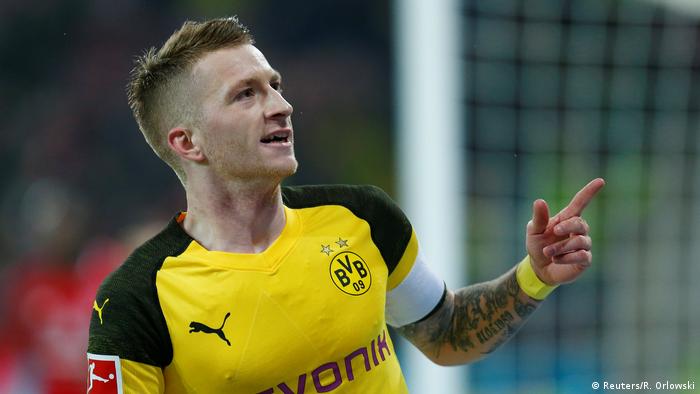 Marco Reus is leading from the front

Belgian midfielder Axel Witsel agrees, saying that his countrymen play "the best football in Belgium," despite currently being third in the Belgian Pro League, four points adrift of leaders Genk.

A draw will be enough to guarantee progression to the last-16, while a victory would make Dortmund favorites to win the group. Then the serious business will start. And so, maybe, will Alcacer.

Dortmund's local rivals Schalke are also well-placed to qualify for the knock-out stages for the first time since 2015. Currently second in Group D, the Royal Blues travel to group leaders Porto on the back of their 5-2 hammering of Nuremberg.

But all eyes will first be on Moscow where Russian champions Lokomotiv Moscow face Galatasaray in the earlier game. Should the Turkish side fail to win, both Schalke and Porto will already have qualified. Victory for Schalke in Portugal will guarantee qualification, whatver happens.

"We are aiming to confirm qualification for the next round this week," insisted sporting director Christian Heidel.

After playing every minute of Schalke's season so far, center-back Salif Sané is likely to make way for vice-captain Naldo who, despite spending more time on the bench this season, is no less important to his team. According to full-back Bastian Oczipka, the 36-year-old Brazilian has remained a constant source of vocal encouragement for his teammates, despite not starting. 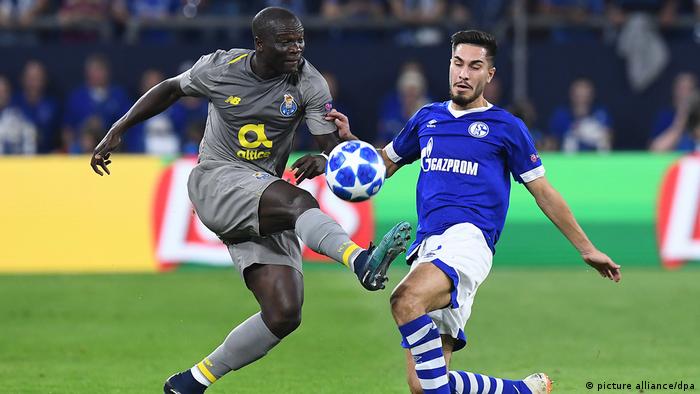 Schalke drew 1-1 with FC Porto in Gelsenkirchen in September

Paco Alcacer's stunning start to his Borussia Dortmund career has persuaded the club to agree a permanent deal for the Spanish striker. Alcacer was on year-long loan from Barcelona and has inked a five year deal. (23.11.2018)

Borussia Dortmund opened up a nine point lead over Bayern Munich while Eintracht Frankfurt and Borussia Mönchengladbach continued their impressive runs. Hertha Berlin and Hoffenheim played out one of two 3-3 draws. (25.11.2018)