Bayern Munich suffered a thumping defeat in Portugal with the Germans now needing to do the job in the home leg as they did against Shakhtar in the last round. Elsewhere, Barcelona beat PSG away from home. 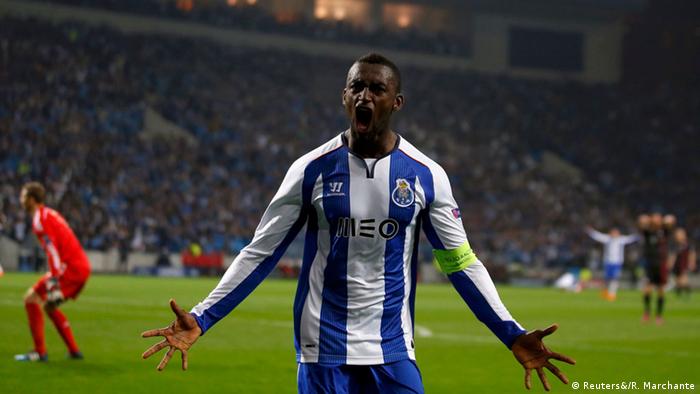 Bayern Munich was dealt a serious blow in their quest for a place in the Champions League semifinals after a 3-1 defeat to an impressive FC Porto.

Ricardo Quaresma turned in a sterling performance, scoring the first two goals before Thiago Alcantara cut the deficit midway through the first-half. But Porto, the two-time European Cup winners, capped off a superb performance with Jackson Martinez re-establishing the two-goal deficit in the second-half. 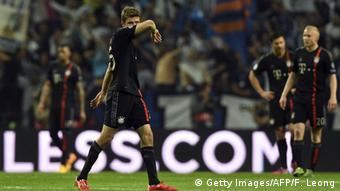 Porto started at a furious tempo, and the referee handed the hosts the perfect start in the second minute. Jackson Martinez dispossessed Xabi Alonso, then took on the on-rushing Manuel Neuer and was upended by the Bayern keeper, resulting in a spot-kick that Quaresma converted.

The Portuguese side dominated Bayern with some quick, bright pressing, especially on Alonso in the defensive-midfield position. In the 10th minute, Quaresma pounced on a poor touch from Dante, charged in on goal and made it 2-0.

Soon enough, Bayern managed to secure a foothold in the game without penetrating a compact Porto defense. On 28 minutes, though, the German champions needed Jerome Boateng to step out from the back, roam down the right-wing, and send in an excellent cross for Thiago to tap home. Boateng is now Bayern's best-creator in Champions League action this season with three assists.

Porto's game plan worked down to a tee and the hosts took advantage of individual mistakes even into the second-half. On 56 minutes, Neuer made a superb save to keep Bayern in the game but the Portuguese champions would go on to add a third less than 10 minutes later.

A routine long-ball was misjudged by Boateng who allowed Martinez to pounce and he rounded Neuer to net his sixth goal in seven Champions League games this season.

Bayern Munich will need to overturn a two-goal deficit when Porto head for Munich on April 21 for the return leg. 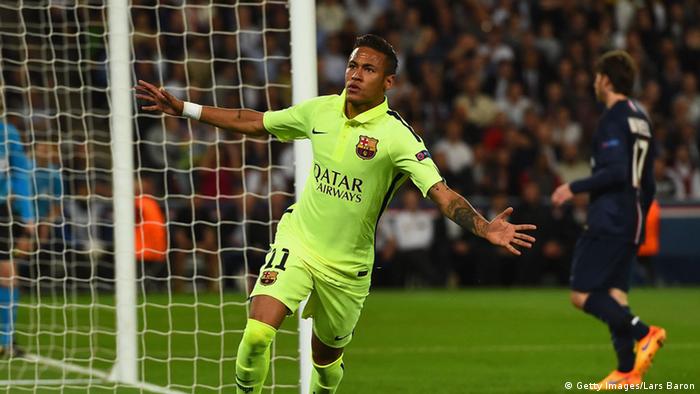 Neymar opens the scoring for Barcelona in Paris

Andres Iniesta was stretchered off as Barcelona ended PSG's 33-game unbeaten run in European competitions with a 3-1 win.

Luis Enrique's men continue on an upward trajectory at a crunch point in the season, almost secure of their place in the semifinals of the Champions League courtesy of a double from Luis Suarez and one from Neymar.

While this wasn't vintage Barca, the Spanish giants were fully in control as the Parisians flattered to deceive without talisman Zlatan Ibrahimovic.

On 19 minutes, Brazilian forward Neymar put the away side ahead, finishing off a fine counterattack that was started by an excellent turnover in possession from Sergio Busquets.

In the second half, Barcelona continued on top and Suarez added some shine for the travelling crowd. The Uruguayan jinked past David Luiz and dribbled past Marquinhos before striking the ball into the back of the net on 67 minutes.

Less than 10 minutes later, the former Liverpool striker darted past Luiz for a second time, showing his individual brilliance with his 11th goal for the club in 11 games.

An own goal by Jeremy Mathieu proved to be just a consolation, seven minutes from time.

PSG, who hadn't lost in Europe at home since 2006, need to win at the Camp Nou for the first time if they want to progress to the final four for a second time in their history.

Atletico and Real Madrid played out an aggressive 0-0 draw in the first leg of the Champions League quarterfinals, with the home side's goalkeeper Jan Oblak the man of the match. Elsewhere, Juventus won 1-0 vs. Monaco. (14.04.2015)